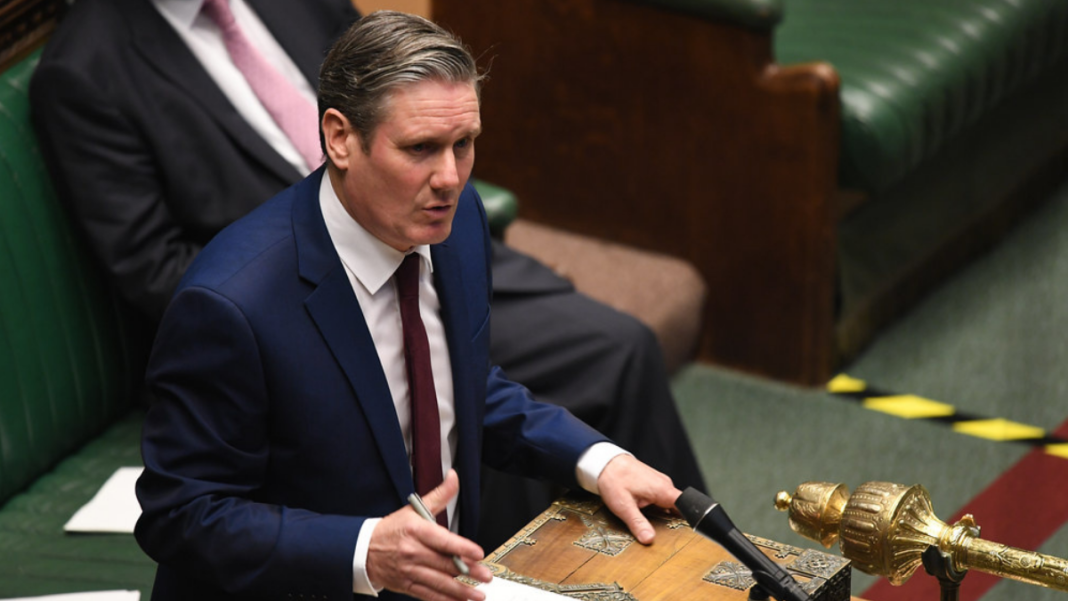 “It is the honour and the privilege of my life to be elected as leader of the Labour Party. It comes at a moment like none other in our lifetime.”

This quote is the opening to Sir Keir Starmer’s victory speech on the 4 April 2020. An address that was shifted online due to the pandemic taking hold of our lives. He would start here as he meant to go on, with the Year of Keir consisting of Zoom conferences and speaking to the public via an empty room.

It was just a year and a half ago that politics became so fraught that a December General Election was called, because of the stalemate over Brexit. Sir Keir led on the party’s second referendum policy, whilst his predecessor Jeremy Corbyn was faltering over Labour’s anti-Semitism crisis. These combined, alongside a strong message from incumbent Prime Minister Boris Johnson to ‘get Brexit done’, led to Labour’s worst defeat in 88 years.

At his count in the early hours on 13th December 2019, Corbyn would give the longest resignation speech of any political party leader in the UK for decades. In April 2020, Sir Keir Starmer would beat his rivals Lisa Nandy MP and Corbyn-protégée Rebecca Long-Bailey MP to the top, with his initial main priority being to tackle anti-Semitism within the party.

And Starmer did just that.

Weeks into his leadership, his former contender Long-Bailey tweeted an article by actress Maxine Peake that contained an anti-Semitic trope. This came only a week after we reported that she had instructed trade union leaders to “politically educate” their members, which was also picked up by The Express.

Sir Keir went on to sack her from his Shadow Cabinet. Labour’s ‘left’ took this as a declaration of war, as Corbyn’s grip on the Party was dissolving quicker than many had anticipated.

Alongside Corbynite General Secretary Jennie Formby’s resignation precisely one month into his leadership, Sir Keir took back a party that many inside and outside its ranks had come to see as a spent force. But Starmer wasn’t stopping there… with the damning Equalities and Human Rights Commission report into Labour anti-Semitism coming out not long after he became Leader, Starmer took seriously the fact that Labour had broken equalities law more than twice – with such severity – whilst Corbyn dismissed most of it within an hour of it being made public.

Sir Keir then did something many saw unimaginable: the Rt. Hon Jeremy Corbyn MP was suspended from the Labour Party and had the Whip withdrawn. The former leader, upon whose manifesto Starmer was re-elected just 4 months prior, was now in the wilderness and out of the party he represented in Parliament since 1983. This was a decision that showed how seriously the issue was being taken under the new management.

Starmer wasn’t stamping his mark on the team – he was rapidly obliterating the party machinery that had brought 53 fewer MPs onto the Commons benches in 2019, totalling just 203 against 365 Conservatives.

“Under New Leadership” was how the new Leader of the Opposition pitched the Labour Party to the pandemic-stricken UK. In the first few weeks of Prime Minister’s Questions, Sir Keir landed some forensic and powerful blows on Prime Minister Boris Johnson – making Conservative MPs worried about the real challenge before them. Starmer was looking like a Prime Minister in waiting.

Being the former Director of Public Prosecutions, Sir Keir has a particular way of being on top of the detail and asking questions of a Prime Minister who lets everyone else have the facts and stats. As the weeks went on and the pandemic got worse, with the second peak approaching fast, though, Boris and his team clocked something in Starmer: he would often change his mind.

The country wanted to come together and row behind the Government to pull us through a viral pandemic. Therefore, the everyday politics of Opposition parties opposing for opposition’s sake were suspended. Sir Keir got this message early on, and so the polls went up in his favour. Still, Johnson noticed that Starmer would call for policy changes even after the Government had already enacted them, which led to the Prime Minister infamously labelling the Labour leader “Captain Hindsight”.

Sir Keir was suddenly painted as someone who couldn’t row behind the Government in the national interest or indeed in his Party’s interest, but just as someone who couldn’t make up his mind. When Boris Johnson presented his landmark Brexit Withdrawal Agreement to the House of Commons, Sir Keir ordered his MPs to abstain from voting. Many in Labour, both in Parliament and in the country, hit back, saying this was a mistake and that Labour should be opposing it because most of its members backed Remain in the EU Referendum – and because Sir Keir himself had led on this.

This February saw Starmer wavering in the polls as Johnson’s COVID-19 vaccine programme was an unexpected success, leading the public to decide that “don’t know” was a stronger candidate to be PM than the Labour leader, a poll by YouGov found. 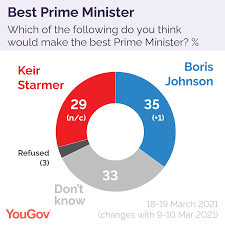 A year after his first speech as leader, Labour has Keir-ly left Corbyn behind in terms of both ideology and membership – his popularity is steadily dipping. However, is this because the Government is now pulling its citizens through a deadly pandemic? Or is it because Starmer has made some risky moves inside his camp, backfiring amongst voters outside of Westminster?

The next General Election is currently planned for 2024 (although Starmer recently said he was expecting one a year earlier), giving him a chance to try and enact the last bit of his victory speech:

“I will lead this great party into a new era, with confidence and with hope.

“So that when the time comes, we can serve our country again in government.”

You can’t say he doesn’t make his aims Keir…