The new Chancellor of the Exchequer, Rishi Sunak, has delivered his first Budget, a little under a month since assuming office after Sajid Javid’s resignation during the recent Cabinet reshuffle. The full text of his speech can be read here – we will summarise what we consider to be the headline items.

Focusing immediately on the potential impact of a Coronavirus outbreak in the UK, Mr Sunak emphasised that its impact upon both the country’s health and economy would be noticeable, but “temporary”, saying that in time, “people will return to work” and “life will return to normal”. However, he also announced that Corporation Tax would remain at current levels in order to provide sufficient funding for the NHS.

Noting that the Bank of England was set to reduce interest rates from 0.75% to 0.25% to boost business and consumer confidence, the Chancellor moved on to say that “whatever extra resources the NHS needs to cope with Coronavirus” will be provided, whether that involved “millions of pounds or billions of pounds”. He also announced that statutory sick pay would be payable from day 1 of absence from work for those told to self-isolate (even if they have not yet presented any symptoms), as opposed to day 4.

Other measures for individuals included removing the minimum income floor for Universal Credit and the requirement to physically attend a Job Centre for those receiving it; appointments can now be carried out by phone or online. For businesses, the Chancellor announced that the first 14 days of statutory sick pay for employees absent owing to Coronavirus would be refunded by the Government. There will also be a Coronavirus Business Interruption Loan Scheme, guaranteed by the Government for up to 80% of losses, to further support firms.

In an exceptional step, for this year only, Mr Sunak announced that business rates for firms whose premises have a rateable value of less than £51,000 would be abolished. This goes further than the Conservative Party’s Manifesto commitment to reduce them by 50%.

The Chancellor informed the House that, prior to the impact of the Coronavirus, his plans for additional investment of £175bn over this Parliament “would have led to growth of 1.1% in 2020 and 1.8% in 2021, then 1.5%, 1.3%, and 1.4% in the following years”, according to the OBR, who he said had added that his “large planned increase in public investment should boost potential output too” – a prediction he described as unprecedented.

The Chancellor announced a 6.2% rise in the National Living Wage from April, which he said amounted to a pay rise of almost £1,000 per annum for a full-time worker. At the same time, he said, the threshold for paying National Insurance contributions would rise from £8,632 to £9,500 (a further Manifesto commitment).

In a brief reference to Brexit, Mr Sunak announced that the so-called “tampon tax”, i.e. the VAT paid on women’s sanitary products, would be abolished entirely from next January, once Britain’s transition period with the EU has ended (regardless of the outcome). This is a measure that would not have been permitted under EU rules.

The Chancellor also announced that the planned business rates discount for pubs, originally promised to be £1,000, would now be £5,000. He also said that planned rises in alcohol duty had been cancelled, and that all forms of alcohol duty would now be frozen “for only the second time in almost twenty years”.

A £5.5bn package of measures to invest in businesses was also announced, consisting of extended start-up loans and new export loans, among other things. In terms of Entrepreneurs’ Relief, Mr Sunak said he had decided not to abolish this entirely, but instead to reduce the lifetime limit from £10m to £1m for now.

The Chancellor announced that the levy on electricity would be frozen this year, although increased for gas. Manufacturers and importers will also be charged £200/tonne on packaging made from less than 30% recycled plastic from April 2022. He also said the current tax relief on red diesel fuel would be abolished “for most sectors”. This would be coupled with a £500m invested to roll out a network of rapid charging hubs for electric vehicles, so that their drivers would be “never more than 30 miles away from being able to charge up their car”.

Mr Sunak pledged half a billion pounds to develop rural mobile phone networks, which is anticipated to lead to 4G coverage in 95% of the country by the end of this Parliament. There will also be £5bn invested in bringing gigabit broadband to the places most difficult to reach. £27bn is to be invested in the country’s road network, alongside half a billion per year for repairing potholes.

The Chancellor announced that a three-year funding settlement for schools would be provided, to be “worth over £7bn by 2022”. He also announced £1.5bn in further capital to be made available over the course of the Parliament to improve the FE college estate. VAT would also be abolished on digital publications from 1 December, he said.

On housing, the Chancellor announced a £12bn multi-year settlement for the Affordable Homes Programme, while interest rates on lending for social housing would be cut by 1% for Local Authorities. He also said that £650m of funding would be made available to end rough sleeping during this Parliament. There will also be a new stamp duty surcharge of 2% for non-UK residents from April 2021. Finally, there is to be a new £1bn Building Safety Fund to ensure that all unsafe combustible cladding is removed from buildings over 18 metres tall, in the wake of the Grenfell tragedy three years ago.

Mr Sunak announced £6bn of new funding in this Parliament to support the NHS, in order to meet the Government’s Manifesto commitments of more nurses, more GP appointments and 40 new hospitals. He also said that the HMRC would receive additional funding in order to help it clamp down on tax evasion and avoidance, which he expected to raise a further £4.4bn.

In summarising his Budget speech, the Chancellor told the House: “The OBR have said that today’s Budget will be the largest sustained fiscal boost for thirty years. Next year, day-to-day departmental spending will grow at the fastest rate in fifteen years. Over the spending review period, it’s set to grow at the fastest rate since 2004. An average growth rate in real terms of 2.8% – twice as fast as the economy. That means that by the end of the Parliament, day-to-day spending on public services will be £100bn higher in cash terms than it is today.” 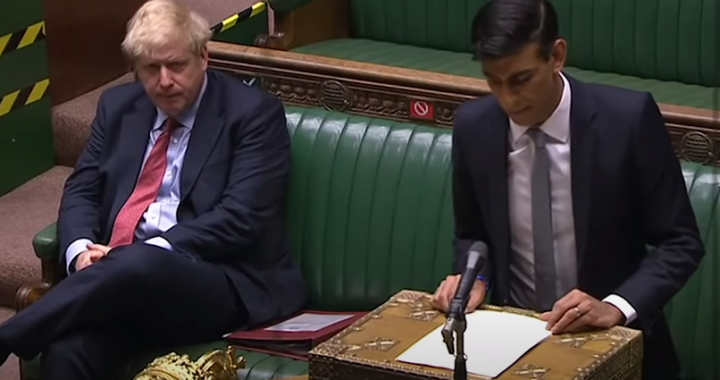 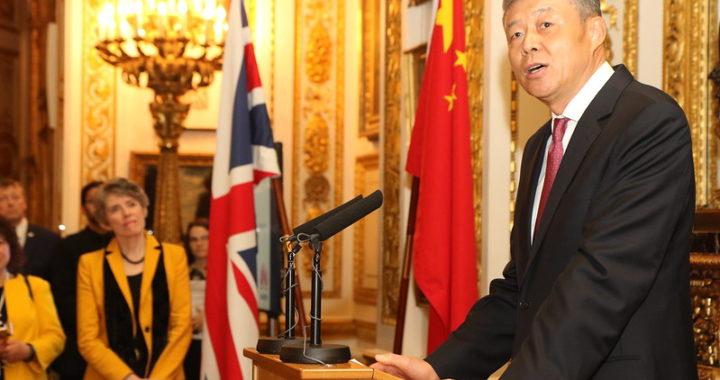