We can reveal that Forward Momentum, a new left-wing campaign group previously thought to be a splinter group from Momentum within the Labour Party, is not intended to be a long-term endeavour. This is according to one of its activists, who was invited to speak on the group’s first official mass conference call last night.

This footage has been seen by Wolves.

The activist in question, who we will not name but was based in Manchester, told attendees that this movement-within-a-movement is intended to be a “time-limited campaign” to, among other things, “start a conversation about where the organisation should go”. Its aims were said to include forcing Momentum to take its activists more “seriously”, and to avoid the organisation being led too “centrally”. It will also be standing a slate of NCG candidates in order to effect greater change within the movement.

We at Wolves are left to wonder whether our own revelation last month of the unlawful way that Momentum had previously asked its activists to behave during the last General Election – which was confirmed to be an offence by an Electoral Commission spokesperson, and could ultimately result in unlimited fines – could have contributed further to the evident dissatisfaction amongst activists.

The activist in question further stated that a “listening campaign” would be organised within Forward Momentum “from tomorrow” (i.e. today’s date), with a survey to be sent out over the coming days as well.

Other speakers on the call included the former Shadow Chancellor, John McDonnell, who would thereby appear to have associated himself with this movement.

Discussing the recent leak of an internal Labour Party report, which laid bare the extent to which moderate factions had attempted to suppress infiltration by Momentum activists, Mr McDonnell said that it had always been the intention of those behind Jeremy Corbyn’s leadership campaign, and later team, to “wrest control” away from the party’s “fairly hardened bureaucracy”. He also stated that he had always believed the “hostile capitalist media” would be against them.

Matt Wrack, the General Secretary of the Fire Brigades Union, was another speaker. He said that, in his view, there was no way that the left should consider forming a National Government with the Conservative Party. He also suggested that workers may have been walking off the job because of “concerns over safety”, admitting that this was, in fact, “unlawful”.

It would appear, then, that Forward Momentum is not intended to be a splinter group after all. All Forward Momentum activists are also Momentum members. Their aim is to change both the organisation’s “direction” and “leadership” (referring to Jon Lansman) from within to make it more member-centric, with no central “bureaucratic control” (something to which Mr McDonnell also made specific reference on the call). It would seem that they believe they can accomplish these aims within a limited space of time – after which, presumably, there would be no further need for their movement.

To date, we are not aware of any official response from Momentum to the launch of the Forward Momentum campaign. We will bring you any further updates we receive on this matter in due course. 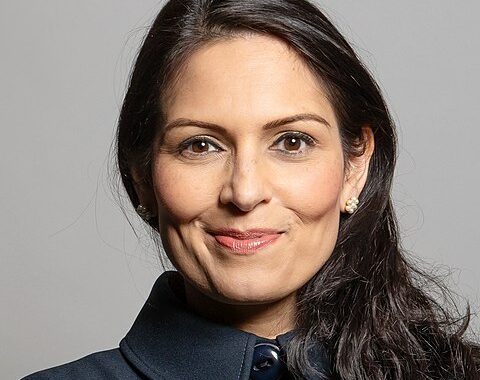 5 thoughts on “EXCLUSIVE: Forward Momentum to be a “time-limited campaign””