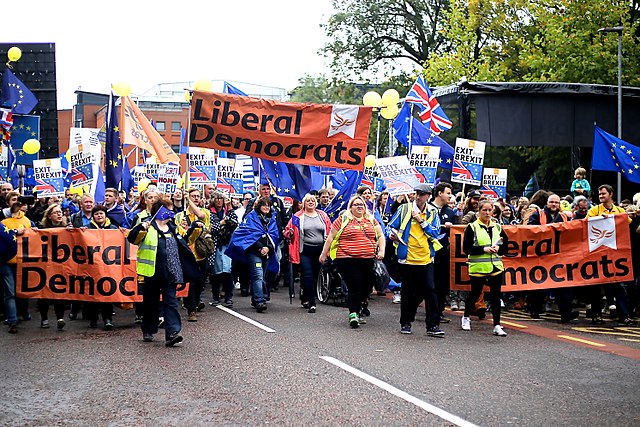 If Swinson backs Unity Government Corbyn or if she doesn’t causes great headaches for her and Party Members.

Hello and welcome back to my analysis of the latest political events in British politics – all the way from İstanbul, Turkey! The weather here is as hot as the political atmosphere in Westminster, it seems.

As Wolves reported last week, the latest idea thrown around by MPs to stop a No Deal Brexit is a Corbyn-led ‘caretaker Government‘ if Boris Johnson’s administration falls in the first couple of weeks of Parliament coming back from Summer Recess. Liberal Democrat’s new Leader Jo Swinson was quick to slam the idea of Jeremy Corbyn heading into Number 10, even if it was to stop the UK crashing out without a deal.

One can see that Swinson’s position is moral around Labour’s anti-Semitism issues and also because Corbyn’s Labour has not come out to fully backing remaining in the EU. She doesn’t want to push someone who she widely disagrees with, however it’s becoming increasingly likely that No Deal is fast approaching.

The Liberal Democrats are the biggest, tightest, UK-wide and mainstream pro-EU Party in Westminster and with this comes many remain-voting members from the Labour and Conservative Party’s voting for them in the May 2019 EU Elections and a possible General Election before the end of 2019. With this in mind, however, it’s important to remember that by Swinson not supporting the official Leader of the Opposition into power within the 14 days of a successful No Confidence vote (and being able to command Confidence in the Commons), it makes for the potential of No Deal happening if only as a result of time running out.

We saw in the 2015 General Election the electoral beating the Lib Dem’s had after breaking promises made during the Conservative Coalition Government. Voters left the Party in a state of near-extinction because what was said and what was done did not meet. Also, it is easy to forget Swinson was a Minister during this time…

Ideology-wise you have the Labour Party on the Left, the Conservatives on the Right and the Lib Dems in the Centre – and this summer, Swinson’s Party could be the deal-broker once again. If she holds her nose and doesn’t support Corbyn, she risks being the sole reason the legal default of the country in regards to our departure from the EU takes place. The Liberal Democrat’s current sole electoral currency exists on a platform to stop Brexit.

A “Government of National Unity” isn’t the most likely outcome after recess, however it’s important to acknowledge it’s possibility.

By virtue of the Parliamentary numbers and divisions of the Brexit debate, if the Liberal Democrat’s get the chance to be in the position of determining the next UK Government, the choice for Swinson goes from being able to just “hold talks with Corbyn” to an actual decision… A decision Jo knows isn’t going to just impact the country’s future but could cause her Party to be confined to the history books forever.

PM-hopeful Swinson might be saying “bollocks to Brexit” in public to gain support, but I happen to think she is saying bollocks about Corbyn and Johnson in private…

Parental Leave shake-up to be consulted on in legacy bid by...

What Labour’s shift to Remain in another referendum means | News...