Home Politics Angela Rayner is exactly why Labour should be kept out of government... 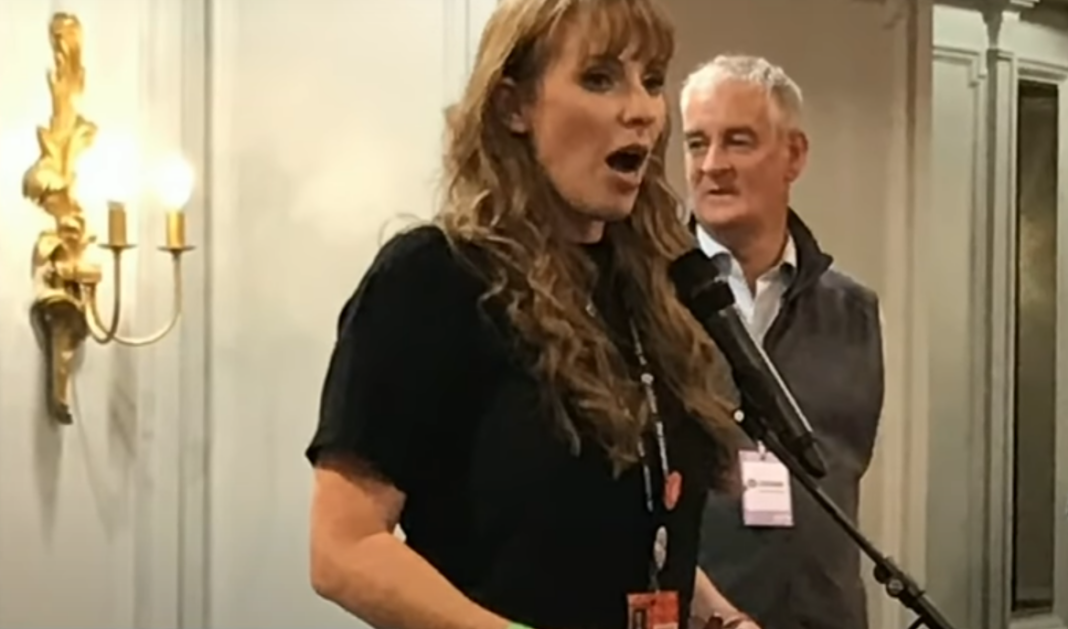 Angela Rayner is unfit for Opposition, let alone for office – and Sir Keir keeping this enemy closer will harm him more than help him. Her unprofessionalism, crassness and contempt for the working class are shameful.

The Deputy Labour Leader has found herself in hot water after referring to the Conservatives as “scum” during the Labour Party Conference, and has refused to apologise for it despite widespread criticism. It seems that some of the only people who have come to her defence over this are Jeremy Corbyn and John McDonnell. The former told the press that Rayner “had nothing to apologise for”, while the latter merely commented that “she’s human”. This is not a good image for the party, or for Rayner herself.

Not only do her insults portray her as unprofessional, and her politics more suited for the playground, but they also highlight the dire landscape of British politics. This infantile attack is almost Trump-esque… perhaps soon she’ll be shouting “lock ‘em up” at the Government as she stands at the Dispatch Box, or waging tweet wars with foreign leaders.

What Angela Rayner’s embarrassing behaviour also highlights is the double standard between the Right and the Left. Some who have defended her argue that there was nothing wrong with how she described the Tories, because she’s “right” – but of course, that’s merely subjective. Had the Prime Minister or any one of his Cabinet colleagues hurled the same – or similar – insult at the Opposition, it would incite total uproar; it would force a belated apology, and if it were a Minister, they would likely have to resign.

Rayner’s behaviour reveals a common affliction with many who lean towards the Left, and particularly those who side with the Labour Party. Her actions were distasteful, and as I say, unprofessional. Her ad hominem serves no purpose other than to embarrass herself and her party. If her actions – for which she is a serial offender, having also used the same vulgar term in the Commons previously – are the standards of acceptable behaviour for British politics, then our politics and political discourse are doomed.

What is most shameful about this is her excuse and refusal to give an apology. The wannabe-working-class-hero essentially blamed her words on the working class – justified them, even, by coming out with a dreadful class excuse. She said that “scum” is common northern, working-class “street language”. What a lovely, endearing image with which to paint the people she so very much claims to represent. There’s no doubt that she attempted to bring class into this non-class issue by suggesting she is “one of them”, as it were; an image that will be hard for her to defend, bearing in mind her expenses claims for Apple AirPods and first-class train tickets… in spite of her £80,000 salary. A true working-class warrior indeed!

It is difficult to imagine that northern, working-class people will take her flawed (non)-defence as a compliment.

What also must be questioned is who exactly she intends her comments to offend. Does she solely intend to attack the Prime Minister, the Cabinet, the entire parliamentary party, or even the electorate who voted for them? It certainly will not bode well with Conservative – or floating – voters that the Labour Leader’s second-in-command has suggested they are “scum” for their political views, particularly with regard to formerly Labour-voting working-class people who voted for Boris Johnson.

In essence, her shameful and amateurish behaviour reveals the kind of politician – and person – that she is. Rayner is not even suitable for Opposition, let alone for office. Her words are just another example that explains why people have had enough of a party that stands for nothing and, largely, represents a minority of vicious, spiteful people with equally vicious politics and political standards.