Home News Cabinet divisions intensify over May and Brexit – McVey 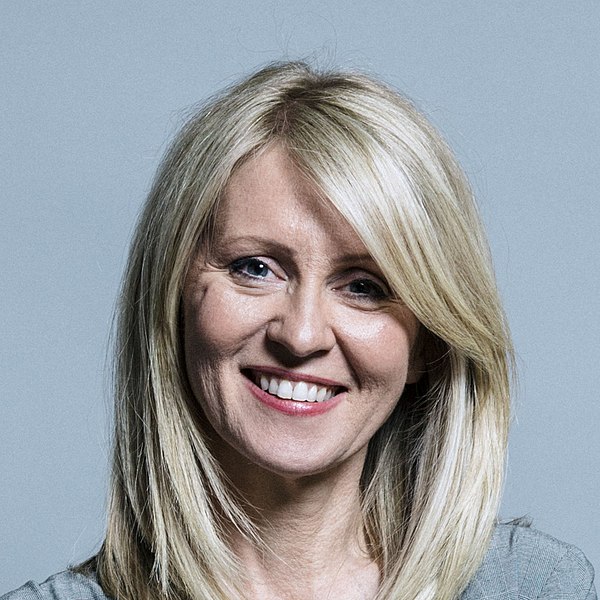 As the Conservative Party prepares to fire the starting gun on its next leadership contest, ahead of the European elections this Thursday, a former Cabinet Minister has revealed increasing tensions at the top of Government as to how Brexit should be delivered.

Esther McVey, the Conservative MP for Tatton and former Work and Pensions Secretary in 2018, told the Press Association that some of her former Cabinet colleagues were attempting to “dismantle” Brexit. The comments were made as she revealed more about her own campaign to succeed Theresa May as Prime Minister.

She may have been alluding to the One Nation group of MPs, including the current Work and Pensions Secretary Amber Rudd and former Cabinet Ministers Damian Green and Nicky Morgan, which is aiming to set out a vision for a more centrist Tory Party and is meeting in Parliament today.

Ms McVey said that “they are wanting things to stay in place so they can dismantle Brexit and get Remain through a back door”. Speaking of her own position on the topic, she urged an end to any further “backsliding” on Brexit and insisted the UK must leave the EU by the end of October, even if this means without a deal. She also stated her belief that the next Tory leader must be someone who “believes in Brexit” and “delivers on our manifesto”.

In other Government news, both the Foreign Office and the Department for Business, Energy and Industrial Strategy are set to face disruption this week as some of its staff, among them cleaners and caterers, will stage a walk-out from tomorrow in a dispute over pay and conditions.

The union PCS (Public and Commercial Services) is leading the charge, with its members at the Foreign Office taking strike action for two days, while workers at BEIS will be away for the rest of the week. The union is concerned about the conduct of Interserve at the Foreign Office, which it accuses of making “repeated blunders” in relation to pay. Its members are also angry that ISS and Aramark have refused to pay them at least the London Living Wage.

John McDonnell, the Shadow Chancellor, has called upon Greg Clark as the Minister for BEIS to intervene personally to resolve the dispute, saying it was “obvious that outsourcing has failed”.

In other political news today, The Telegraph carries a report that the left-wing campaigning organisation Momentum, which was founded to support Jeremy Corbyn as Leader of the Labour Party, is now attempting to convince him to adopt a four-day working week as official Labour policy. This is a policy once also championed by the Green Party.

In the wake of the recent speculation around whether the Brexit Party has been willing to accept foreign funding – although an investigation by Guido Fawkes has also revealed that the same can be said for the People’s Vote campaign – The Guardian reports today that the Electoral Commission will visit the Brexit Party’s offices tomorrow in relation to the claims.