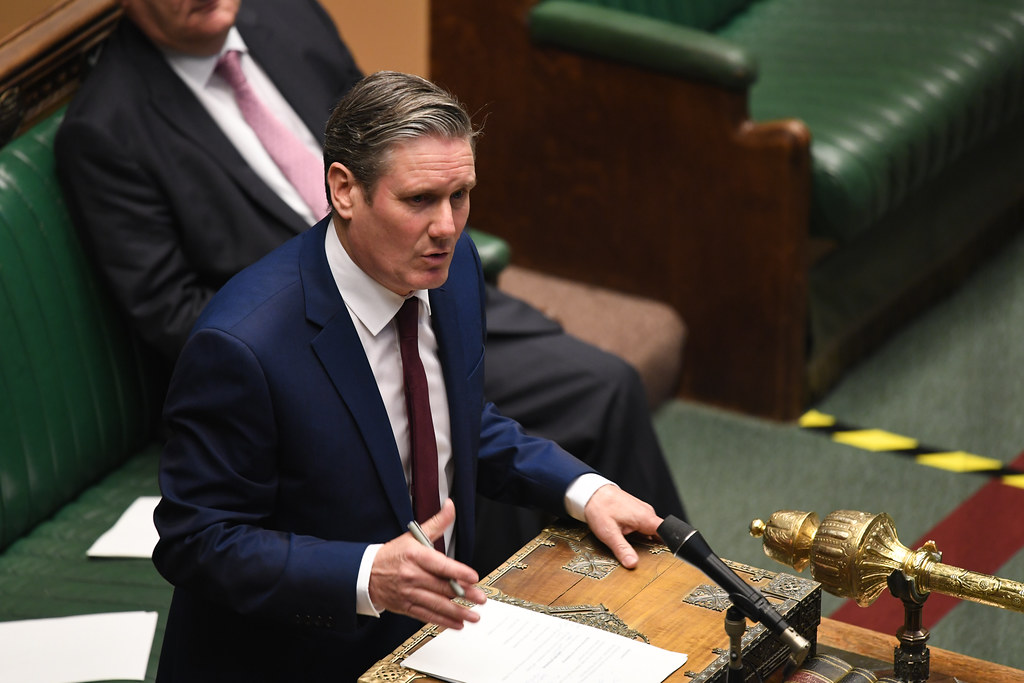 The Prime Minister’s comments at a private meeting of the 1922 Committee last night have allegedly been misconstrued by Sir Keir Starmer, the Leader of the Opposition.

Boris Johnson’s remarks, described as “bullish” by one source close to the Prime Minister, are said to have glossed over the matter of his recent fixed penalty fine from the Metropolitan Police. He reportedly brushed the matter aside, having shown contrition in the House of Commons earlier in the day, before focusing on matters such as the crisis in Ukraine.

Conservative MP Sir Roger Gale, who said he left the meeting after three minutes, is reported to have said that he objected to the Prime Minister’s “tone” at the time, criticising his “bluster and pantomime performance”.

It comes just after Boris Johnson was attacked for misleading the House in a motion tabled by Starmer himself.

“The PM also accused the BBC of not being critical enough of Putin. Would the PM have the guts to say that to the face of Clive Myrie, Lyse Doucet and Steven Rosenburg, who have all risked their lives, day in, day out, on the front line in Russia and Ukraine, uncovering Putin’s barbarism?”

Starmer’s comments resulted in the Prime Minister saying the Labour leader must be “out of his tiny mind”, adding that he was a “Corbynista in a smart Islington suit”.

The Prime Minister’s Press Secretary has defended him, explaining that there was no attack on the BBC for its Ukraine coverage and that he was referring to their coverage of the Rwanda policy, in that it did not distinguish between illegal migrants and refugees.

Mr Johnson himself added that he had “the highest admiration” for the work that journalists are doing to cover the ongoing Russian invasion of Ukraine.

Although Mr Johnson is due to be in India tomorrow on an official visit, a debate and vote will be held on Starmer’s motion, backed by Opposition parties, which is calling for Johnson to be investigated by the Committee of Privileges.

However, after Sir David Evennet (the Conservative MP for Bexleayheath and Crayford) accused Starmer of misleading the House after Prime Minister’s Questions, it appears the Labour leader will also be in the spotlight, along with the Commons Speaker, Sir Lindsay Hoyle, who will be looking into today’s remarks.