Home Opinion Sturgeon is overshooting her “mandate” for IndyRef 2.0 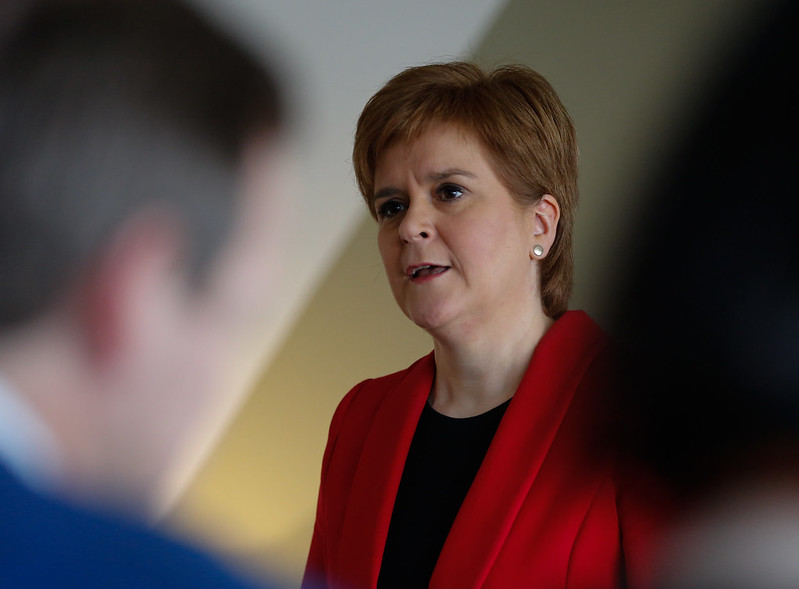 Nicola Sturgeon has a reason to be happy in Scotland because the SNP are the largest Party in Holyrood after the 2021 Scottish local elections, but her champagne bubbles might go flat quicker than anticipated when she crunches the numbers.

For reference, the Scottish electoral system is rather more complicated than the format used in English local elections or national General Elections and has 2 lists: Constituency and Regional. This means there are effectively 2 elections that happen on one day. The SNP got 64 seats, one short of a governing majority, with the Scottish Conservatives coming second, followed by Scottish Labour.

48% of voters (where have we seen that figure before, hmm?) of the constituency vote and 40% of list voters voted for the pro-second independence referendum SNP. Sturgeon, however, is stating that IndyRef 2 is the will of the people. Let’s go back to 2017 and Theresa May’s General Election, which left Westminster with a hung Parliament after she failed to obtain a majority to take her Brexit deal through… Sturgeon was part of the People’s Vote crowd, who were saying that the majority of voters supported parties who backed another Brexit referendum, and so the Prime Minister should listen and hold one.

Theresa May resisted the idea so much that it saw her off as Prime Minister – so what is Sturgeon’s game?

Whilst the commentariat and the public are all fired up about what could potentially happen between Sturgeon and PM Boris Johnson with regard to another independence vote, I would like to take you back to the 2019 Conservative Manifesto – which secured an 80 seat majority for Johnson:

We are opposed to a second independence referendum and stand with the majority of people in Scotland, who do not want to return to division and uncertainty. Nicola Sturgeon and the SNP promised that the 2014 referendum would be a ‘once in a
generation’ vote and the result was decisive. We believe that outcome should be respected.

With this in mind, and the fact that there has been no 60% lead for independence in the polls, the First Minister is walking a tightrope with her “mandate”. Boris Johnson has every right to turn down another referendum and to remind the SNP of their old arguments.

I wrote back in 2019 about the political juxtaposition of the SNP and it seems that this scenario is still playing out. The SNP haven’t really shifted their position, whilst voters in Scotland are still deeply divided on the independence issue and voters in England are firmly against it. Sturgeon would do well to remember what she has previously said and stick to it, because the voters will keep reminding her otherwise…