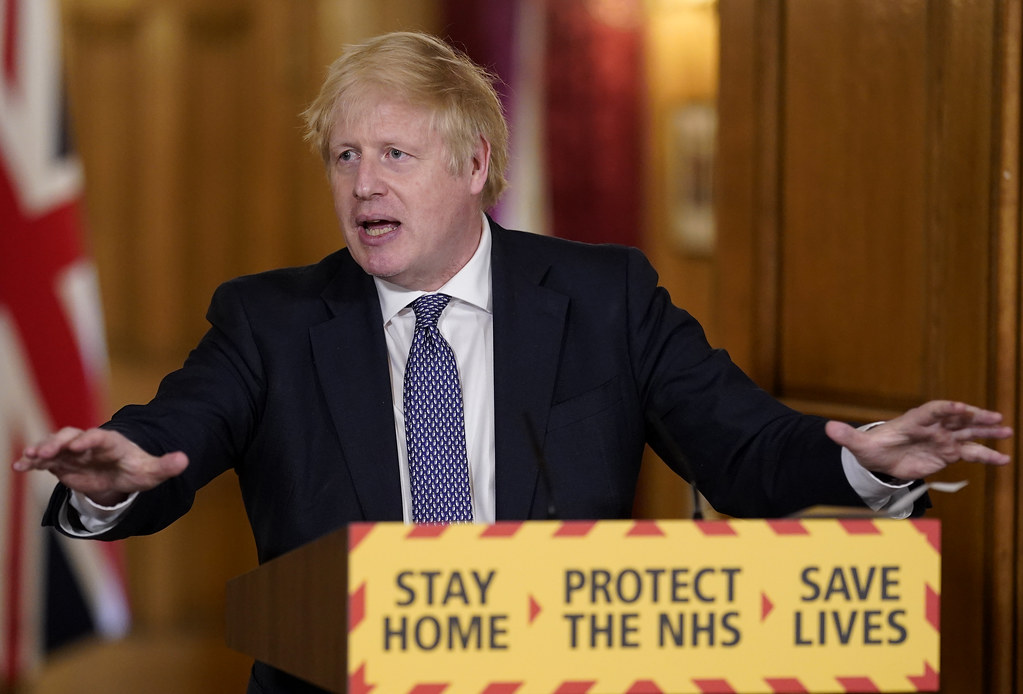 The Tory leadership has been further destabilised by yet another scandal, and it appears as though this may be the beginning of the end for Boris Johnson. Conservative backbenchers must begin to consider the party’s future beyond his rule – and that starts with rebelling against Covid vaccine passports this week.

Amid the incredibly damning Downing Street Christmas party scandal, on Thursday the Prime Minister hastily declared that England would move to Plan B of the Covid Winter Plan. Most significantly, this means the introduction of Covid vaccine passports.

Despite the reassurances of a few top Tories that vaccine passports would not be brought in as a measure to combat coronavirus, it is now certain, frighteningly, that ‘Covid passes’ will pass through Parliament.

The prospect of such a policy is concerning for a few reasons. Firstly, from a point of principle, medical passports set a dangerous precedent for future governments and health crises. Should it really be within the power of the state to dictate where individuals can and cannot go, what they can and cannot do, based on medical certification? Such a concept is certain to lead the nation down the path of dystopic authoritarianism – despite the fact that Boris Johnson was elected on the mandate of being a liberal, as opposed to an authoritarian, politician.

Additionally, not only is the notion of certification that affords different rights to people depending on their vaccination status frightening in principle, it also means that members of the public will be coerced into being vaccinated for the sake of obtaining the ‘pass’ that would allow them to do things they otherwise wouldn’t be able to if they were not vaccinated. Most people have probably seen the footage of French authorities wandering into shops and cafés to ensure that only those who are vaccinated against coronavirus are outdoors. And despite the jokey, hyperbolic comparisons some have made to Nazi Germany, the prospect of having to show your ‘papers’ is becoming frighteningly real – not so much an exaggeration now.

It is easy to see how such a precedent can – and perhaps will ­­– lead us down the slippery slope of authoritarianism. Should it also be the role of the state to decree what medical choices are made mandatory, if all people are to be truly equal? In Britain’s ‘liberal democracy’, certainly not.

Furthermore, although it has become a somewhat clichéd argument on Covid vaccine passports, it is foreseeable that, as we are led down the inevitable path of authoritarianism with their introduction, a two-tiered caste system dependent on vaccination status will become a product of this.

At such an obviously convenient time to declare the decision to introduce vaccine passports, as the Government is in the middle of its most recent and undoubtedly most damaging scandal, every vote will count as MPs decide on the legislation next week. But in a democracy, our liberties cannot be used as tools of political spin, and Tory backbenchers have a duty to make sure of this by voting down the legislation.

As impotent, yet important, the current Labour ‘Opposition’ is at challenging Government policy, the party has said that it will back this legislation. It therefore falls to Conservative backbenchers to attempt to prevent this dystopic and dangerous legislation from passing, despite their unfavourable odds without Labour’s support.

Encouragingly, a number of Tory backbenchers have denounced the policy already and publicly stated that they will not be voting with the Government, including Mark Harper, the leader of the Tory party’s Covid Recovery Group. Harper’s stance will hopefully be enough to sway most of the backbenchers to rebel, especially seeing as they’ll be doing it without the vital support of the Opposition. However, the numbers are currently too low to foreshadow any hopeful backbench victory.

But if not enough backbenchers will challenge the Government now, concerns must be raised as to when they will, finally, put the public before party allegiance, which they have failed to do most recently with the Leadsom Amendment. It is particularly important now that Tory backbenchers show their strength in numbers in defying the Government, given the added context of the Christmas party scandal and the need to keep public support on-side – however difficult or unlikely.

If they don’t, it will be clear, as demonstrated to the British public, that they dare not defy the decree of their ever-more-feeble Prime Minister – who is right now politically floundering – on a large enough scale to prove that they will hold their party’s leadership to account when it is right to do so… and when it clear where public opinion lies with regard to the popularity of the party, given its own various Covid scandals that have increasingly destabilised the leadership.

This matters because the party must start to look beyond the Johnson era. Like Gordon Brown demanding to know the date of Tony Blair’s Number 10 departure, ageing and eager to take on the role of Prime Minister, Conservative backbenchers must begin to consider the party’s future beyond the departure of their crippling leader – because political parties always have a future to consider beyond the overstayed welcome of the incumbent.

As this Government has been relentlessly hit by scandals throughout the last two years, it has become ever more clearer that the party is in dire need of reform and reconciliation with the electorate – and as Sir Keir Starmer only recently said: “the rot starts at the top”. It is vital for the Conservative Party that it reconnects with the public. And as it increasingly seems that Boris Johnson’s days at the top are numbered, this is something that the party must understand quickly.

Not only do Conservative backbenchers have a moral duty to vote against vaccine passports on the basis of principle, but for the sake of the future of the party and looking towards the next election, it would be wise not to vote with the Government. Should Tory MPs not largely rebel against the Government’s Covid passes, they will demonstrate that they don’t recognise the best interests of the British people, not least that they are not acting in the future interests of the party either.

It is hard to imagine how the party will reverse the damage of its several most recent scandals. Avoiding further damage begins with showing open defiance towards the party leadership on medical certificates. Not only will defeating them defend individual and medical freedom, it will prove that, despite the spoiled reputation of the Government as a result of the self-inflicted vulnerability of its leadership, the rest of the party is beginning to look beyond Boris Johnson’s legacy of contempt for the electorate.