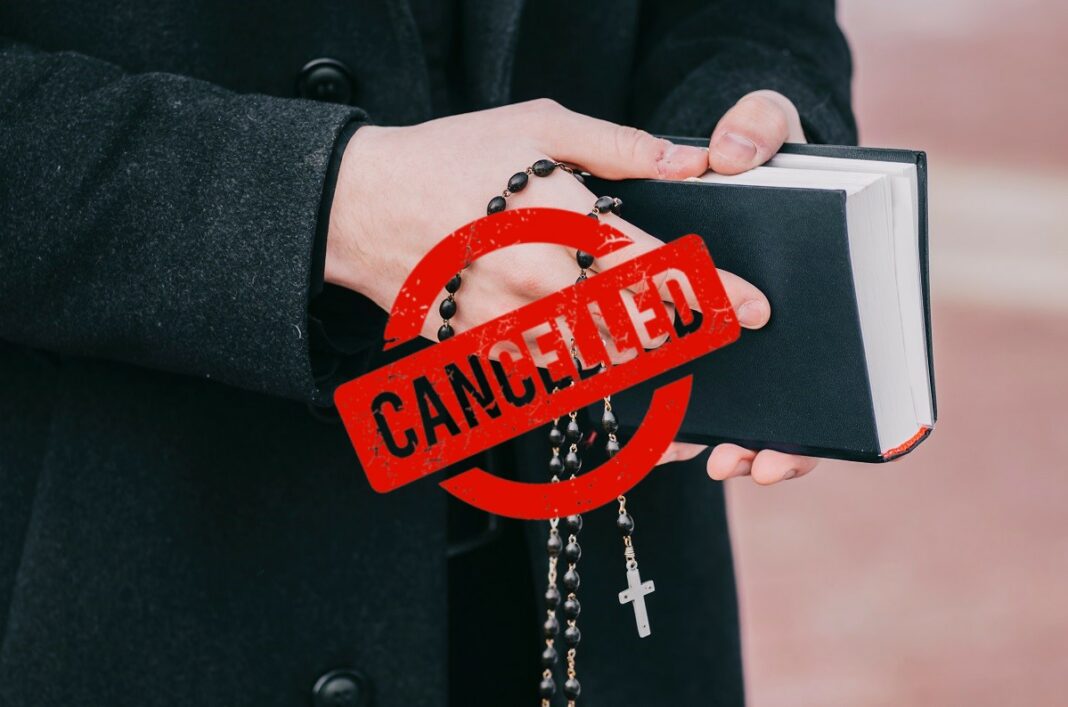 A Catholic priest has been vilified for openly expressing Catholic views by a university that’s had Catholic chaplains for ninety years. How much further can the ridiculousness of cancel culture now go?

The University of Nottingham has refused to ‘officially’ accept the appointment of a Catholic chaplain because of his views on abortion and euthanasia.

It should come as absolutely no surprise that a Catholic priest holds openly pro-life views; it is arguably a fundamental part of Catholicism. One would have to go far to find a Catholic who does not hold reservations against abortion or assisted dying, given the religion’s emphasis on the value of life. Yet, somehow, anti-Catholic – and probably left-wing – activists have had him cancelled.

Whilst Nottingham Trent University accepted Father David Palmer’s appointment as chaplain to its Catholic community, the University of Nottingham demanded – despite their unelected authority – that the Bishop who appointed him must find a replacement – and rightly so, he declined.

I am not a religious man, and I’m certainly not Catholic. Anybody who knows me well knows I am ardently atheist, and would consider myself ‘pro-choice’ on the controversial debate of abortions – on euthanasia, I certainly see both sides of the argument. Therefore, I am not defending this priest for his views because I do not consider them particularly modern; and, indiscriminately, I see all religions as outdated. What I am defending, however, is his right to free speech.

Lack of free speech is a great concern for university students, and as with the polarisation of politics, one should consider oneself either ‘safe’ or ‘unsafe’ from the unelected cancel culture cretins, which includes students and staff. It is clear that one is either considered very left or very right-wing, with no middle ground allowing for consensus (however little there may be). This is not productive or ‘progressive’ politics, this is problematic politics.

It is abhorrent and totally autocratic that universities – whether at the demand of students of staff – should have an unelected, unaccountable monopoly on free speech. It is outrageous that, with as little as a click of the fingers, people can be hounded and abused, even expelled, for exercising freedom of expression – even to the extent that moderate views are treated as extreme, as though a criticism of Islam equates to sympathising with Tommy Robinson.

The priest in question referred to the practice of abortion as the “slaughter of babies”. He said that euthanasia, proposed through the Government’s Assisted Dying Bill, would allow the NHS to “kill the vulnerable”. Personally, I see the former as rather hyperbolic and over-the-top, given the choice of language, and I see the latter as cynical and unjustified because it suggests this legislation will be used solely for the purpose of exploitation.

However, Father David is well within his rights to hold these views, express them freely and decide the language that he uses in order to articulate them. My personal, subjective level of offence or objection – however greatly it is felt – should not, and must not, impede or supersede his right to express his own subjective opinions.

It is totally reprehensible, and unimaginably inconceivable, that a Catholic priest should be vilified or ‘cancelled’ for holding Catholic beliefs. The university’s decision directly conflicts with what it explained to Father David as the reason for not officially recognising him. He argued that “the university says they have ‘no issue with the expression of faith in robust terms’”, but this is precisely what they had an issue with.

“The university claims to support ‘diversity and inclusion’, but it appears that diversity only goes so far, certainly not as far as the Catholic chaplain being able to express ‘robustly’ mainstream Catholic beliefs,” he added.

Evidently, as with other unelected, unaccountable universities and cancel culture vigilantes, when the University of Nottingham refers to ‘diversity’, it refers to the fake, identity-driven, performative diversity of wokery plaguing our culture and institutions, as opposed to diversity of thought, of beliefs and of civil discourse.