Home Culture The Left don’t really care about racism, they merely exploit it for... 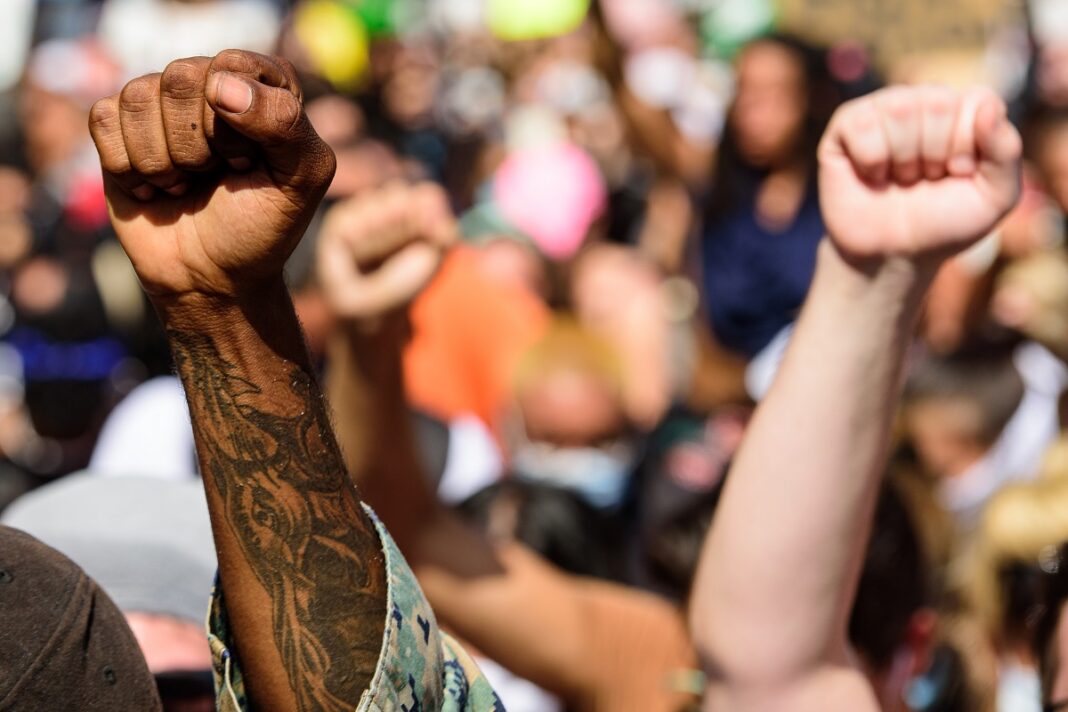 Why is racism not censured when it is carried out against ethnic minorities who defy the patronising left-wing race narrative?

We – society, and particularly those on the Right – are often afforded the dread of left-wing lectures on why Britain is racist, oppressive, and apparently one of the worst places to live in the world. This is in comparison to actually oppressive states like China and, now, Afghanistan.

We are often told that, almost quite literally, everything is racist, or has some sort of “colonial” or racist link. Apparently, even sheet music is racist because it has European, colonial undertones. We are relentlessly being patronised with long, left-wing, Britain-bashing monologues about how the British people, the British state, the British police and British culture are “racist”, and therefore must be either “abolished” or “cancelled”.

White people, particularly, are targeted and bullied into self-flagellation and apologising for the “crimes” of their ancestors… hundreds years ago, as though today’s descendants of the victims of the Slave Trade are directly affected by the suffering inflicted upon their families… again, hundreds of years ago. Some even call for colonial “reparations” to be paid to black people for the damaging legacy of slavery they perceive to be still felt today… because there’s no political or economic incentive behind this mad demand, is there? By the same rationale, why don’t English people demand reparations from the Normans or the Norwegians?

Race, and racism, have been weaponised by the modern left-wing movement for political gain. This is not a subjective view. They may argue that they are instead “highlighting” racism, or “calling it out”. In fact, they are using it as a political football with which to attack opponents, the perceived instigators: the Right. What’s even more odd is the link being made between political ideology and race: the disingenuous narrative that argues that capitalism and right-wing policies are implemented to inherently and “systematically” in order to – to use the term the Left love to utilise – “oppress” ethnic minority groups, both economically and socially. This, somehow, is the instrument of the “old, white men” stereotype, whereas Marxism is the ideology of ethnic minorities… according to the narrative.

To defy or to deviate from this strategically black and white view of race relations (pun intended) is viewed as wrong and sinful. This is precisely why right-wing, ethnic minority politicians, and anti-BLM black people, are subjected to vile and disturbingly hypocritical racism from the Left. Take Priti Patel as a prime example. She was told that as a woman of Asian descent, she could not experience racism, or least not to the same extent as black people, by backbench Labour MPs last year. She is also often criticised for her supposedly “tough” stance on immigration, due to the fact that her parents immigrated to Britain.

Is it not racist to judge somebody – and in this case, Patel’s policies – on the basis of her skin? If not to take the example of a politician, consider conservative commentator Calvin Robinson: an incredibly – and eloquently – outspoken pundit against Black Lives Matter, Marxism and identity politics. He was racially abused as being the “house negro” for not following the aforementioned agendum.

The very truth that ethnic minority people are abused for defying the left-wing race narrative, giving particular attention to the far-left Critical Race Theory (CRT) being propagated by the likes of BLM and other extremists, is proof of the fact that racism really is being exploited for political gain – by bullying ethnic minorities into being submissive to the intentionally suppressive nature of CRT. It does all sound rather racist, doesn’t it?

The objective is to cause racial division, and racial division it has caused – just think a year or so back to the international outrage at George Floyd’s death and the rise in prevalence of the BLM movement. It’s almost as if the Black Lives Matter organisation has exploited the death of a black man at the hands of a white police officer, artificially added in the race element, and since used this tragic death to perpetuate the Marxist, “abolitionist” agenda along with the deliberately divisive CRT, for political gain and to force through change that fits their narrative in our culture, educational institutes, political and media establishments, and more.

Yet, as I have explored previously, we still pretend that the ideas of Black Lives Matter and the fusion of Marxist political theory with race relations are well-intentioned and honest, as opposed to calling them out for what they are: radical, extremist and dystopian ideologies that would happily see the “abolition” of our police, prisons and criminal courts. And probably the enslavement of white people too.