Home Politics The UK Government is yet to Take Back Control of our borders... 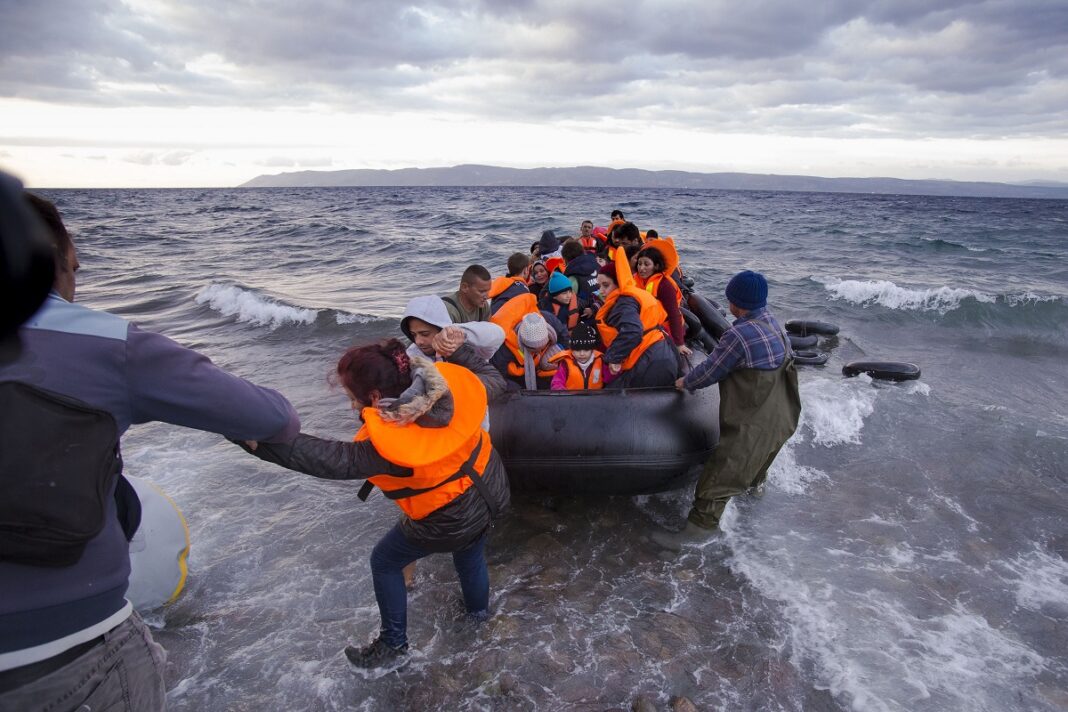 Priti Patel’s inaction on the illegal immigration Channel crossings from France proves her words to be empty political rhetoric – and the numbers reflect this.

The Home Secretary was an ardent supporter of the Brexit campaign, which as we all know, emphasised ‘Taking Back Control’ of the UK and our borders, and to break free from the shackles of those globalist wannabes – the European Union.

Arguably, Brexit was the single biggest issue of the last General Election in 2019, and the ideology of Brexit, and Boris Johnson’s pursuit of populism in the form of euroscepticism was certainly the reason for the Conservatives’ huge democratic mandate.

A large part of the Brexit campaign, not only for those who wanted to advance Britain’s exit in 2019, but for those who voted to Leave in the 2016 referendum, was the idea of regaining control of Britain’s borders and reducing immigration (illegal or otherwise). Arguments for or against whether we should reduce immigration are a separate issue, but the fact remains that it played a vital part of the anti-EU movement – particularly where Nigel Farage, and his former party UKIP, were concerned.

Yet, since 2016, and even since the last election, during which the Conservative Government promised to ‘Get Brexit Done’, we have seen little action taken on the dinghies carrying hundreds of illegal immigrants across the Channel from France every day – certainly more so over the last nine months. We have heard lots of tough talk from Priti Patel on preventing these crossings, with the attitude of ‘sending them back’. She is considered a hard-line, hard-right politician by her political enemies, and perhaps her talk on the increasingly concerning and likely refugee crisis reflects this – but her actions, or indeed her inactions, do not.

Though, in all fairness to the UK Government, it is clear that France is not concerned by these crossings, seeing them as Britain’s problem. Only recently, Priti Patel announced that the Government had given £50m or so to France in order to help tackle the illegal immigration problem – but since then, it seems they have done little considering that daily records for the numbers of people arriving in the UK are being broken all the time. All France has done as of yet is ban the sale of dinghies from its Channel ports – which admittedly isn’t a bad move, but it certainly isn’t enough, and it definitely would not have cost £50m.

What is immediately alarming is the rapidly increasing number of people crossing the Channel – who despite what the likes of the Labour Party or Liberal Democrats may suggest, are not a majority of desperate families with little children, but young men travelling alone. In 2019, just 1,800 people came to the UK illegally, having crossed the English Channel from France. The following year, this number dramatically increased to 8,400. And, even more dramatically, only nine months into 2021, around 12,500 have already made the crossings.

At the beginning of August this year, Nigel Farage predicted that by the end of 2021, 20,000-30,000 people would have made it to the UK – and his prediction is seemingly increasingly more likely, especially considering the foreseeable refugee crisis across Europe as a result of the West’s withdrawal from Afghanistan. Perhaps a reasonable explanation for this drastic and rapid increase in numbers is the pandemic, but this would not excuse the UK Government’s evident lack of action.

Also, given the Government’s recently announced National Insurance increase of 1.25 percentage points – which means this is the most that ordinary people will have had to pay in tax since the Second World War – it is not fair for the average taxpaying member of the public to foot the bill, particularly when some of these refugees will be housed in hotels as opposed to basic accommodation that only provides the essentials. In addition, in some cases we have asylum seekers who came to the UK illegally setting fire to their accommodation and assaulting police officers (with reference to the Napier former army barracks in Kent), which should warrant nothing less than deportation.

We, and particularly Britain’s left-wing movement, must cease to see Britain as the answer to the world’s problems – because we aren’t, especially when it comes to taking in the world’s refugees. People outside the UK are not – and must not be seen as – the UK’s priority.

Illegal immigrants must be dissuaded from coming here: the first priority should be to cease all benefits, and the perception of benefits, of coming to the UK – and not just in terms of welfare ‘benefits’, but the benefits of being housed, fed and clothed by the state (at the expense of the appalled taxpayer), and the perception of not having to work for these things that British people work very hard for. Secondly, the Home Secretary must materialise her anti-illegal immigration rhetoric and make it clear that those who risk their lives to cross the Channel illegally will not be accepted by the state, nor the public.

It was reported some time ago that Patel considered processing illegal immigrants on Ascension Island, similarly to how Australia dealt with their influx of refugees – by offshoring incoming boats, meaning that refugees are put on remote islands to have their cases settled there. The right idea was there by the Home Secretary, but the location is wholly impractical – however, the idea of refugees not being on the ground in Britain for very long, and perhaps not even returning, ought to deter them at least. In the wake of the West’s withdrawal from Afghanistan, even Greece urgently erected a Donald Trump-esque wall on its border with Turkey as a result of this refugee crisis that will ensue. Not for one moment am I advocating that we do the same along our south coast, because that would be totally absurd – but it is clear that other countries are actually introducing measures to try and curb illegal immigration, whilst it seems that our post-Brexit Britain isn’t.

Despite the 2016 campaigning, and the 2019 election promises, this ‘Conservative’ Government is yet to Take Back Control of our borders, and assert the authority we once held on the world stage. Some say concern over refugees is ‘fearmongering’, ‘racist’, ‘demonising’ and creating a ‘moral panic’ over desperate people fleeing desperate situations – and it is particularly the likes of Labour Party backbenchers who push this idea. Yet, this ensuing refugee crisis will hit the working class hardest, as they’re the ones paying for it.