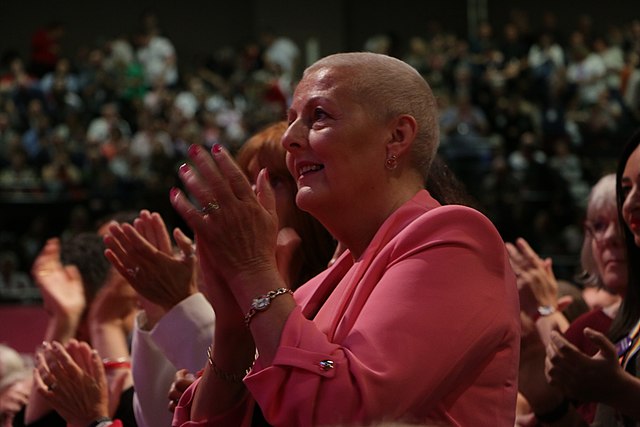 Jennie Formby has today resigned as General Secretary of the Labour Party. She had been in the General Secretary post for two “very challenging” years, as she put it. She now joins the growing list of Corbyn allies who have left or been removed from senior positions in the party under its new leadership.

Her time in office was beleaguered by the anti-Semitism scandal that has dogged the party for the last four years, for which the General Secretary’s office came under heavy fire. In particular, a BBC Panorama documentary claimed that Jennie Formby and her office had interfered with the processing of anti-Semitism cases within the party in order to protect its leadership.

During the two-year spell in the job, she also underwent treatment for breast cancer.

Upon leaving her role, she said: “It has been a huge privilege to be General Secretary of the largest political party in Europe for the last two years, but now we have a new leadership team it is the right time to step down.

“I would like to thank Jeremy, our members and my staff colleagues who have given me so much support during what has been a very challenging period, in particular when I was suffering from ill health.

“I wish Keir and Angela the very best of luck in taking the party forward and leading Labour to victory at the next General Election”.

New Labour Leader Sir Keir Starmer announced his personal thanks for the job Formby has performed, saying: “I would like to thank Jennie for her service, and for the personal and professional efforts she has made in advancing the cause she has fought all her life for.

“Jennie has led our party’s organisation with commitment and energy through a period of political upheaval, including a snap General Election last year. I wish her the very best for the future.”

In response to her resignation, Labour MP Margaret Hodge, who has been a vocal critic of the party’s handling of the anti-Semitism scandal, tweeted that Ms Formby’s resignation was “another opportunity to draw a line under the past four years”.

“We can now better rebuild public trust in Labour, professionalise our party machine & finally eradicate antisemitism from within our ranks,” she said.