Prime Minister Boris Johnson has just (shortly after 10:30am) tweeted that “we’ve got a great new deal that takes back control”. At the same time, European Commission President Jean-Claude Juncker tweeted a letter to European Parliament President Donald Tusk endorsing this, and recommending that the deal be adopted at the European Summit meeting later today. Mr Johnson has now left Downing Street for Brussels.

Full details have not yet emerged. A press conference with Michel Barnier, the EU’s chief Brexit negotiator, is to be held shortly, which can be followed live here. It follows a press statement from the DUP on Twitter around 6:45am in which they stated that they were not in a position to agree a deal at this stage, citing differences on VAT issues among other things. Current reports indicate this position has not, in fact, changed.

Meanwhile, proceedings are to be launched at the Court of Session in Scotland later today by Jolyon Maugham, a leading anti-Brexit campaigner. The case rests upon an alleged infringement of section 55 of the Taxation (Cross-border Trade) Act 2018 that would be committed by any deal negotiated by the Prime Minister to be brought before Parliament on Saturday.

UPDATE 11:20 – Michel Barnier began his press briefing by saying that “patience is a virtue” and “Brexit is a school of patience”. He said, beginning in French, that an agreement had been reached between the EU and the UK for the latter’s orderly departure, saying it was the result of “intensive work”.

In particular, he said, it would protect citizens’ rights and provide certainty. There were four important points:

Mr Barnier also stated that alterations had been made to the legal text of the Political Declaration to reflect these new alterations to the text of the Withdrawal Agreement. The press briefing has now gone to the floor for questions from journalists.

UPDATE 11:43 – Juncker and Johnson will make a further joint press announcement at the same venue, with Barnier present, at 2:15pm Brussels time.

UPDATE 14:10 – EC President Jean-Claude Juncker opened his joint statement with the PM by saying: “We have a deal, and this deal means there is no need for any kind of prolongation.” Calling it “a fair and balanced agreement”, he said this deal is “about people and peace”. He also said that, once the deal has been ratified by both Parliaments, negotiations on the future relationship can begin immediately.

The PM responded by paying tribute to Juncker and to both negotiating teams. He praised the deal as “fair and reasonable” while respecting the peace process, and spoke of the need to achieve “a real Brexit”, leaving “whole and entire” at the end of October, with decision-making restored to the UK’s elected representatives. He also called upon the House of Commons to endorse this deal to “get Brexit done” without further delays.

The statement was very brief, lasting only a few minutes, and there were no opportunities for the press to ask questions at the end.

UPDATE 14:27 – According to Beth Rigby of Sky News, Juncker explicitly ruled out a Brexit extension when questioned by reporters afterwards, saying none was needed in the light of this new deal. This will most likely be seen as an attempt to ‘help’ the Prime Minister get his new deal over the line on Saturday, by presenting MPs with the choice of this deal or No Deal.

UPDATE 17:06 – Hearing that the European Council has just officially backed the deal.

UPDATE 18:07 – Boris Johnson is now giving his press conference in Brussels. He says this will be a “very exciting time” as negotiations around the future relationship can finally move on after three and a half years. It has “not always been an easy experience for the UK”, he says.

Laura Kuennsberg asks what Boris will do if this new deal falls in Parliament on Saturday. The PM does not wish to get into this.

Another question: on whether the PM has sold out his Government’s former confidence and supply partners, the DUP. The PM replies that this deal is good for all parties.

Dimbleby: on how this new deal will heal the rifts in the country. The PM says it will do so because it allows us to move on from this stage of the process and start building the future partnership.

Another question: on whether the PM asked his fellow European leaders to echo the sentiment shared by Jean-Claude Juncker earlier on no further extensions.

Another question: will Tory MPs who vote against this deal also lose the whip, as the 21 did before? The PM does not wish to get into this.

Another question: will the whip be restored for the Tory MPs who lost it before, and why should Labour MPs vote for it? The PM does not wish to get into this.

Another question: Nigel Dodds had said the PM was far too keen to get a deal, even at the cost of their support, and is the PM making the same mistake as his predecessor? The PM gives his standard response that he is sure parliamentarians will now realise this is the right time to “get Brexit done”.

UPDATE 18:23 – This concludes today’s rolling coverage. We will bring you further developments as they emerge in the coming days. 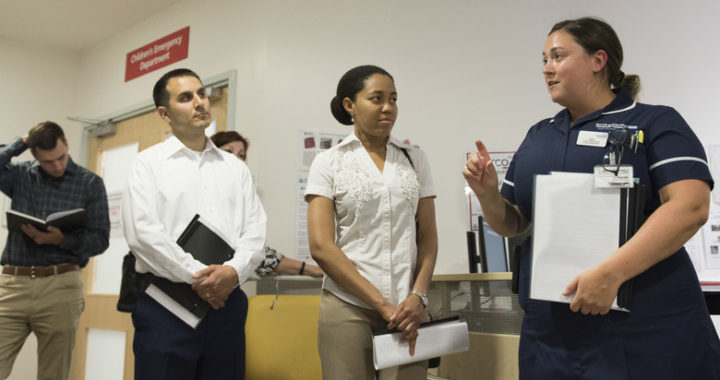