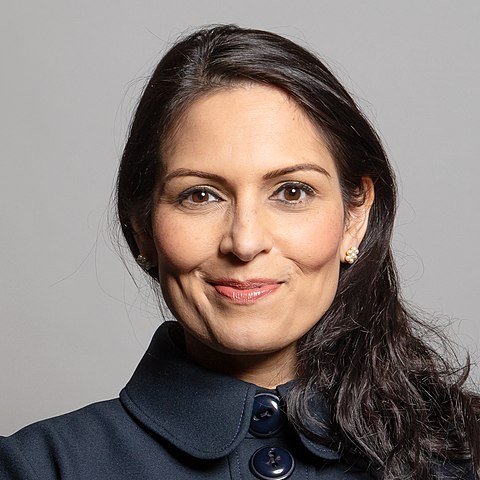 The Home Secretary has hit back at the Archbishop of Canterbury’s comments on the Government’s latest plan to solve the migrant crisis.

Priti Patel has defended the plan to house illegal migrants in Rwanda while asylum claims made by the migrants are processed. In doing so, Ms Patel challenged comments made by Justin Welby after he called the plan “ungodly” and accused the Government of “sub-contracting our responsibilities” to the migrants.

The Government announced last week the plan to move migrants who had crossed over the English Channel illegally to Rwanda in order to apply for asylum in that country (but not the UK). The plan comes after the arrival of at least 28,526 people across the Channel last year, up from eight-and-a-half thousand arriving in 2020.

Prime Minister Boris Johnson argued that the plan seeks to stop the Channel becoming a “watery graveyard”, since many boats carrying migrants have capsized whilst attempting to cross to the United Kingdom.

In an article for The Times, the Home Secretary said: “We are taking bold and innovative steps and it’s surprising that those institutions that criticise the plans fail to offer their own solutions.

“The UK and Rwanda stand together in their efforts towards promoting a new, fairer and more effective global asylum system … Allowing this suffering to continue is no longer an option for any humanitarian nation.”

In his Easter sermon, the Archbishop said:

“This season is also why there are such serious ethical questions about sending asylum-seekers overseas.

“The details are for politics and politicians. The principle must stand the judgment of God, and it cannot. It cannot carry the weight of resurrection justice, of life conquering death.

“It cannot carry the weight of the resurrection that was announced first to the least valued, for it privileges the rich and strong.

“And it cannot carry the weight of our national responsibility as a country formed by Christian values, because sub-contracting out our responsibilities, even to a country that seeks to do well like Rwanda, is the opposite of the nature of God, who himself took responsibility for our failures on the cross.”

The Home Secretary was joined in condemnation of Welby’s comments by other Cabinet Ministers and Conservative Party Members of Parliament.

On Radio 4’s The World This Weekend programme, Catholic Cabinet Minister Jacob Rees-Mogg argued that the Archbishop of Canterbury had misunderstood the purpose of the scheme and that the Government was “taking on” responsibility, not shirking it. He said: “I think he misunderstands what the policy is trying to achieve, and that it isn’t an abandonment of responsibility – it is in fact a taking-on of a very difficult responsibility.

“The problem that is being dealt with is that people are risking their lives in the hands of people traffickers, to get into this country illegally.

“Now, it’s not the illegal bit of it – it is the encouragement of people traffickers that needs to be stopped.”