Home Culture Can senior Church figures have a place in political discourse? 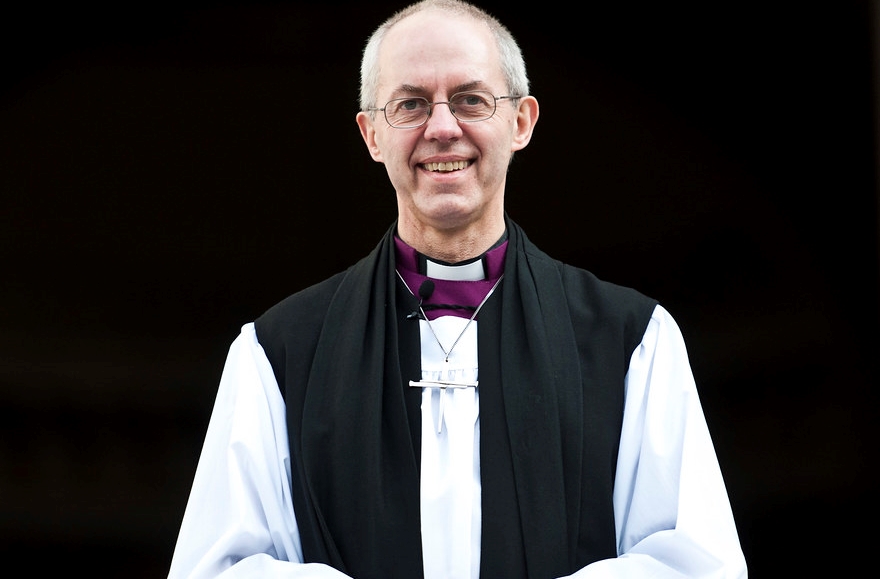 The Archbishop of Canterbury has been at the centre of debate over the Easter holiday period after criticising the Government’s controversial plan to send Channel-crossing illegal migrants on a one-way ticket to Rwanda.

Irrespective of the policy itself, should the most senior figure within the Church of England, a position of great religious authority and responsibility, wade in on such issues, or do clergymen have a duty to impartiality on matters of politics? And, is there a biased hypocrisy in those who criticise him for raising concerns over this divisive Government policy, which is controversial by the nature of whom it affects?

Illegal immigration is a major political football in Britain. For years, the Left and the Right, the Leavers and the Remainers, have engaged in a fierce discourse over how the country should best approach the issue of refugees crossing the English Channel from France. However, it seems little progress has been made by anybody in terms of addressing the problem, and the last few years have seen a steep and rapid incline in the number of migrants arriving ashore, whilst successive Conservative governments have failed to tackle the issue.

Argued by some to be a diversion – a PR stunt – to draw attention away from the fact that both the Prime Minister and the Chancellor were last week handed fixed penalty fines by the Metropolitan Police for being found to have broken lockdown restrictions, the Government have announced their plan to address the soaring number of refugees arriving in Britain.

A populist policy – and, no less, an issue which dominated the discourse and motivations behind voting to leave the European Union – the Government now plan to send illegal Channel migrants to Rwanda for their applications for asylum in that country to be adjudicated there.

Critics accuse the Government of cruelty and mistreatment of vulnerable people fleeing to Britain – predominantly from the Middle East – to appease who they see as a minority of ‘racist’, Brexit-backing Brits. Some have even gone as far as to label them ‘far-right’. Supporters, on the other hand, make the case that the Government are finally addressing an issue which was long overdue attention.

Regardless of the economic setbacks, this policy is an ideological declaration by the Conservative Party that Britain – or more accurately, Boris Johnson – will ‘Take Back Control’ of our borders, those who welcome the policy say.

The plan, announced amid widespread criticism of the Conservatives’ Partygate scandal, prompted the most senior member of the Church to wade in on the debate. Justin Welby, the Archbishop of Canterbury, said that the policy did not stand “the judgement of God” and questioned the ethics of “subcontracting out our responsibilities” in his Easter sermon. This predictably resulted in a wave of backlash and surprisingly extensive media coverage carrying on into the Monday bank holiday.

It was certainly bold of the Archbishop to get involved in the debate; naïve, perhaps, if he did not anticipate the criticism. But it is not the view he has taken that is the problem; rather, that as the most senior member of the Church, Welby felt that it is was place – his responsibility even – to indulge the debate, and then defend his personal view with his own interpretation of what ‘God’ would have ‘wanted’.

It is a classic case of mixing politics and religion. Much like senior members of the judiciary interfering with the affairs of Government and vice versa, it is simply inappropriate and not within the Archbishop’s right or remit to condemn Government policy and then defend this by means of his religion. Additionally, it would be just as inappropriate to use his position in a public forum to welcome the Rwanda policy and justify it by making the case that God would have ordained it.

Whilst he is, as we all are, entitled to an opinion – as is our right in our democracy – he holds a position of religious authority. Because of this, there is a clear conflict. It is simply not right that Welby misused his platform to propagate his personal political views, and no less to justify doing it with his personal religious beliefs.

What must also be considered is a certain level of hypocrisy from those who support the plan to send migrants to Rwanda, but who criticise the Archbishop for putting forward his own opinion. Commentator and Christian, Calvin Robinson, condemned the Archbishop for contributing to the backlash, whilst simultaneously backing the policy. This seemed to be the case for various other conservative or Rightist commentators who condemned Welby too.

However, Robinson, among others, are often the first to condemn “woke” or “progressive” policies in schools, the health service and elsewhere in the public sector and sphere where impartiality in political affairs should be expected.

What is also fair to say is that, had the Archbishop praised the Government over this policy, Robinson and others would not be so quick to condemn him for voicing his personal political opinion. It is certainly odd how Welby’s comments on this particular matter have sparked outrage and condemnation amongst the right-wing commentariat.

It should be expected of religious figures, as it is of political and judicial representatives, that the State, Church and Judiciary are run independently. This is a fundamental principle of our democracy; representatives of these institutions should play a role in ensuring that this notion is upheld, and that they remain impartial on matters that do not concern them.

It was irresponsible for Welby to comment on the Government’s plan to send migrants to Rwanda – particularly when he misused his religious platform to do so. However, it would also be wise for members of the right-wing commentariat to reflect on their criticism of the Archbishop, who on the most part seem to raise objections to his getting involved not because he provided his opinion, but because he provided an opinion that they didn’t like.