Home Opinion Christian Wakeford’s defection will cause more problems for Starmer in the long... 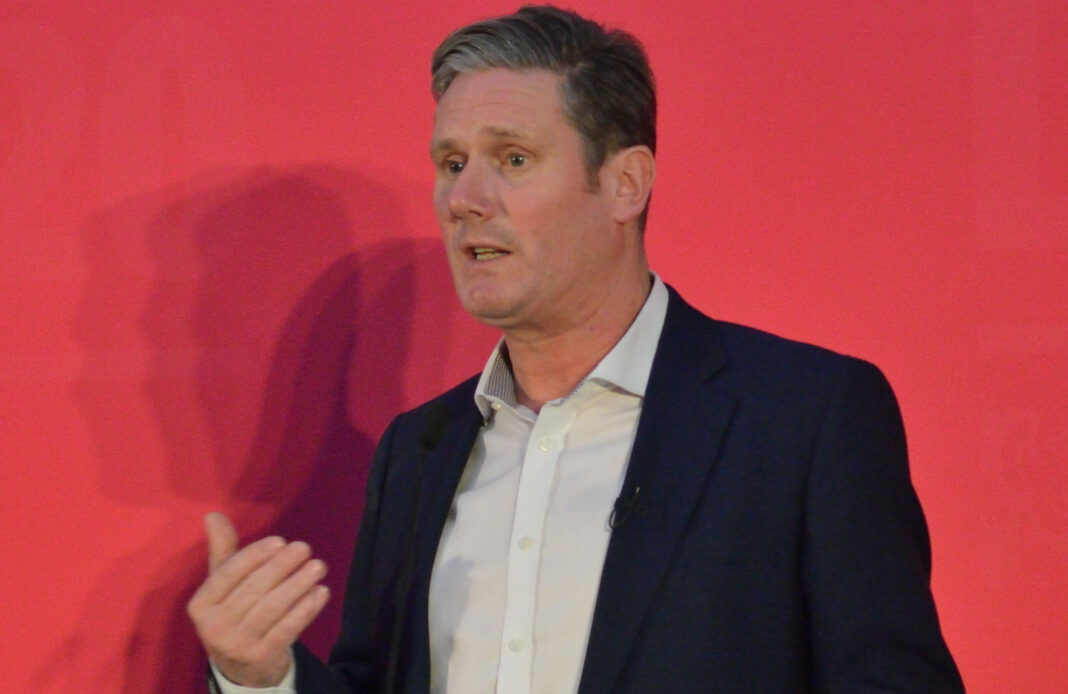 Reportedly having been in talks with the Labour leader for 4 months before crossing the floor, the MP for Bury South, Christian Wakeford, has left the governing Conservatives for the Opposition. This is a small, short-term victory for Starmer, but in the long-term may prove a big headache for an already fragmented party.

There is something quite significant about an MP crossing the Commons floor. Whether that is from the Conservatives to Labour, or anyone else, what is most remarkable is that in the case of Christian Wakeford, he left the governing party for the Opposition having only being first elected in 2019, in a constituency that had been Red since Blair came to power in 1997. This “Tory turncoat” owes his political making to the Prime Minister and his manifesto, yet has been so quick to denounce Boris Johnson because he probably believes it will suit his career better.

Amidst the most turbulent and controversial period of Johnson’s premiership, it’s rather shocking, yet at the same time so unsurprising, that a Member would make such a bold move at such a sensitive time for the Conservative Party. And whether it is true that the MP had been in talks with Sir Keir Starmer over changing sides, or whether he only decided last week to join the Opposition benches, it makes little difference (other than that, if the MP had been considering for some time whether or not to cross the floor, the timing cannot be incidental). It would seem too convenient for Wakeford to switch sides now, when the Prime Minister is at his most vulnerable.

The Conservatives have been going from one scandal to another. Since ITV broke the Allegra Stratton story, reports of lockdown parties attended by Government figures, including Boris Johnson himself, have been relentless. If I had any sympathy for him, I might even say it was merciless. This ‘drip, drip, drip’ media coverage of wine and cheese parties has caused uncertainty in the Prime Minister and instability in his position.

It even calls into question the loyalty of the Conservatives’ 2019 intake. Boris Johnson is only useful to the party so long as he is seen as an electoral benefit rather than a liability, as Michael Portillo recently suggested. For those Tories in former Red Wall seats, their future seems uncertain – and if the Prime Minister proves to become more of a liability in threatening their job security, they’ll most likely turn.

And Starmer couldn’t have it easier as Leader of the Opposition at the moment. The Government’s self-inflicted scandals are simply handing him the ammunition with which to put down the ruling party from the Dispatch Box. For an MP to cross the floor from the governing Conservatives to the Labour Opposition is a huge political point-scorer, for a leader who only seems to top Johnson in the opinion polls when the Conservatives are receiving negative press coverage as opposed to anything he is doing to convince the public to back him.

But this victory will be short-lived. The immediate short-term ramifications are only beneficial for Starmer – it means bad press for the Government and the ability to ridicule Johnson by saying ‘he can’t even hold onto his own MPs’. What is more important, however, is what this means for Starmer and the Labour Party in the long term. The Opposition is infamously divided on every issue it could possibly be divided on: from Corbyn’s reinstatement into the PLP, to ideological direction, to policy – even unification itself, which is ironic.

This idea that Keir Starmer is a ‘Tory in a red tie’ will only be reinforced by his accepting a Tory MP onto his benches. In the eyes of Labour members, and undoubtedly its parliamentarians, their leader is welcoming onto his benches a man who has campaigned against them, voted against them and insulted them. Inevitably, such a defection to the Labour Party would cause Wakeford’s former colleagues to dig up old WhatsApp messages – and they have. On one occasion, he called them a bunch of “c****”.

Some have been quick to point out, outraged, that Starmer would sooner welcome a Conservative MP onto his benches than the a socialist, given his refusal to reinstate the parliamentary whip to Jeremy Corbyn and proscription of several left-wing factions within the party. Labour’s youth wing have already disavowed Wakeford’s admittance into the party, as has the Corbynite campaigning organisation Momentum, and others are bound to follow. The internal divisions within Labour that were already so entrenched and so far from seeking a resolution under the supposedly Blairite leadership are about to become far more ingrained.

It would be not be surprising if the reason why Labour MPs haven’t raised any objections to Wakeford’s welcome is because they have been instructed not to by the leadership, with the threat of punishment if they do. It is surprising, however, that the likes of Zarah Sultana or Richard Burgon, who relentlessly campaign to have the whip brought back to Corbyn, haven’t raised objections to the admission of a Tory onto their benches.

Starmer’s struggle to unite the party, even with its internal ideological differences and divisions, over their common objective to defeat the Conservatives in the next election will inevitably be made much harder by accepting Wakeford. Judging that the Labour leader has so far failed to bridge the divides in his almost two years of leadership, it is hard to imagine how he will do so now. Internal entrenchments are now set to run deeper, and it will be interesting to see how he deals with them in the time to come.