Home Politics Corbyn’s cult of personality is why Labour will struggle to win the... 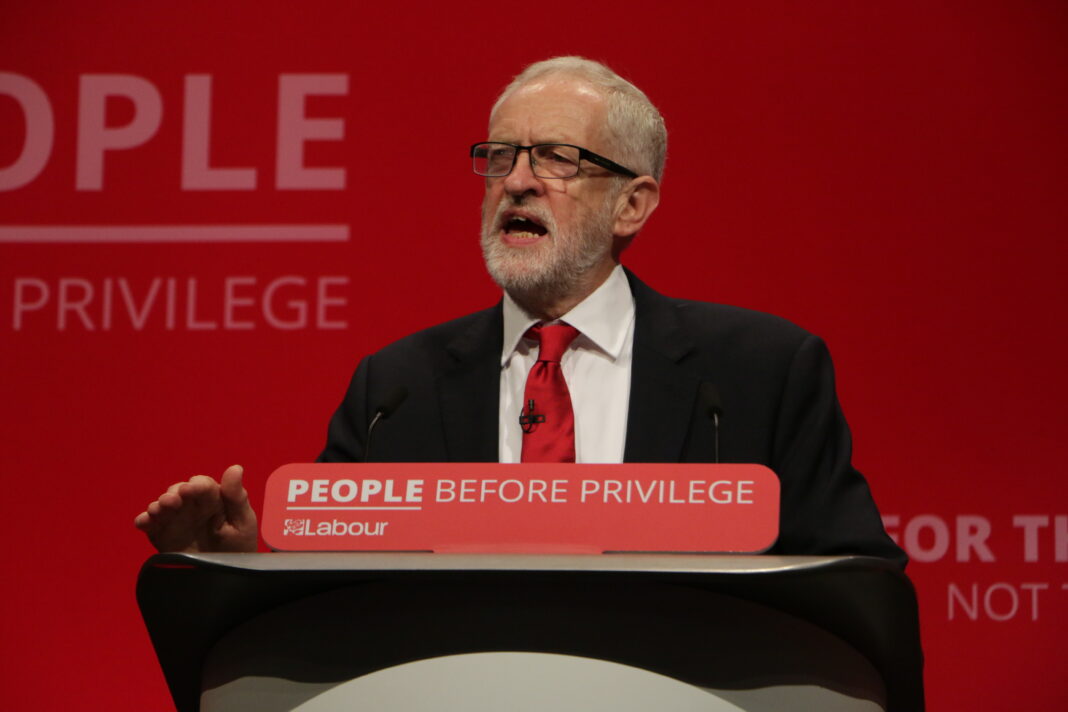 Keir Starmer is struggling at the moment; despite his relentless – though half-hearted – efforts to bring party unity and stability, which he promised during his leadership campaign, he is yet to cease the heavily damaging internal faction warfare of ideologies within the Parliamentary Labour Party (PLP).

Whilst he has been combatting Labour’s hard-left, Corbyn-worshipping supporter groups by proscribing them, he has done little to extinguish the remnants of Corbynism within his parliamentary ranks, which will prove damaging both to his leadership and to his likelihood of electability. At present, Starmer is unelectable, and his attempt to rebrand the party as being a broad church, in reality, has achieved anything but that.

Despite Jeremy Corbyn’s departure some time ago, poisonous – though powerful – elements of Corbynism reside within the Labour Party, through the likes of his old flame Diane Abbott and Mao enthusiast John McDonnell. Despite Corbyn’s bitter loyalists, who are dead-set on – and devoted to – destroying the vulnerable leadership of Sir Keir and ‘bringing back’ his predecessor, the incumbent leader has been incapable of putting a stop to his internal, though not secret, enemies within the PLP. And, unfortunately for him, it would appear that proscribing certain Labour Left groups has done little for his own cause, for this has only made them angrier, riled them up and made them more motivated in the cause of deposing his leadership.

As far as the Westminster establishment is concerned, as well as anybody else who has not deified Jeremy Corbyn, the political figure of Labour’s former leader is dead. It ceased to be, in December 2019. Yet, he still seems to hold so much influence over some of the party’s most notable figures. Though leading Corbyn-era frontbenchers have now been demoted to the backbenches – a wise and welcome move by Starmer – Corbyn’s minions, such as the likes of Abbott or McDonnell, still seem to exert his influence; and still, the battle rages.

By now, it should have been expected that Corbyn would have been forgotten about – and, like the majority of the public, the PLP would have rendered him irrelevant. Yet, his most staunch supporters – the Cult of Corbyn – still pursue their utopian fantasy of dethroning Starmer and restoring the reins of leadership to his predecessor. It is little short of delusional – sycophantic, too.

Why? Because the British public declared – twice – their lack of support for the friend of Gerry Adams and the Provisional IRA, and of Hamas; a politician paid nearly £20,000 for appearances on an Iranian state-run television channel, and who failed to confront the party’s internal problems with anti-Semitism and Islamophobia. The man arguably has almost as much negative stigma surrounding him as Nigel Farage and UKIP – yet, these are the very political opponents that he and his allies swear to hate.

Support for Corbyn now serves no purpose other than to damage the Labour Party at the least, and lead to its destruction at the most. The actions of his disciples do far more for the cause of keeping Labour out of government than damaging Starmer’s leadership. His lieutenants are like the captured Allied PoWs breaking out of Nazi camps during the Second World War, whose motivation was to wreak havoc on Hitler’s forces, compelling them to spend time and resources – which could have been better spent on the war effort – recapturing them and sending them back to PoW camps. It is a devious game, and in Corbyn’s case, his parliamentary supporters are focused more on bringing down Starmer than on ‘taking the fight to the Tories’, whatever they may say – and they’re doing a fine job.

Why would the public put their faith in a successor who has failed so terribly to rid the Parliamentary Labour Party of its Corbynist presence, and thus, ultimately, failed to put an end to Labour’s internal factional warfare?

Whilst Labour has its Left politicians, such as Richard Burgon – and not least Corbyn’s former frontbench allies – calling for the reinstatement of Corbyn into the PLP, Starmer will be unelectable. And this is besides his own personal issue of a lack of strong leadership – though it is mostly demonstrated through his inability to deal with the residual elements of Corbynism – and general blandness.

So long as the issue of Corbynism reigns rebellious within Labour; so long as Starmer fails to tackle it; and so long as Corbyn’s cult of personality still has a prominent and persuasive voice within the party, Starmer can rest assured that the Prime Minister can boastfully dangle the keys to Number 10 in front of his face, for he knows it would foreshadow no backlash that could come back to bite him.