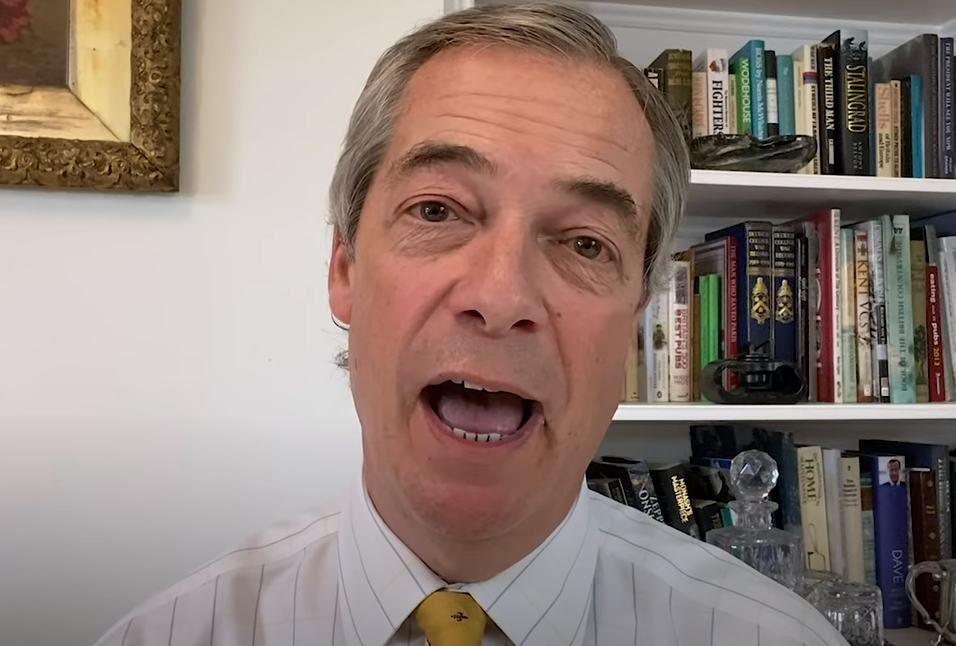 The Leader of the Reform UK party is standing down and has quit front-line politics for good, he has announced tonight.

Nigel Farage has resigned as Leader of Reform UK, claiming that politics was “now over for me”.

Speaking exclusively to Wolves, a source close to the party said that the purpose of Mr Farage standing down now was to allow the party to go into the local elections coming up in May this year with “new leadership”. The party hopes to stand hundreds of Councillor candidates and has launched a recruitment drive for these in recent months.

Mr Farage announced his resignation in an interview with The Telegraph‘s Choppers Politics podcast. He later posted a video on his Twitter account confirming his resignation. An e-mail was also sent to the party’s supporter mailing list.

On the podcast, Mr Farage said: “There is no going back – Brexit is done. That won’t be reversed. I know I’ve come back once or twice when people thought I’d gone, but this is it. It’s done. It’s over.”

He added: “Now’s the moment for me to say I’ve knocked on my last door.”

Richard Tice, the Chairman of Reform UK until this evening, will take up Mr Farage’s position as Leader, while the latter will become Honorary President.

Appearing determined to leave on a uniting note, Mr Farage said: “I’ll have no executive position at all. I’m quite happy to have an honorary one, but party politics, campaigning, being involved in elections, that is now over for me because I’ve achieved the one thing I set out to do: to achieve the independence of the UK.”

He also stated: “I am delighted to take up a position as Honorary President and will leave Reform UK in the capable hands of Richard Tice, who so ably assisted me in the construction and the running of the Brexit Party.

“Reform will need to democratise itself and set up a national structure. It is no easy task and I wish Richard well in this huge endeavour.”

Mr Farage also said that he would not be retiring, adding that he would use his time outside of front-line politics to take up activism. His new agenda will include tackling “the increasing influence of the Chinese Communist Party over our whole way of life”.

In addition, he intends to campaign against the “indoctrination of our children at school”, claiming that children have not been taught critical thinking and have insteadbeen “propagandised politically … in many cases, encouraged to hate this country and everything it has ever stood for.”

Lastly, he advocated for cleaning up the planet’s oceans and planting more trees.

Mr Farage’s full video to his supporters can be watched here: