Home Editor's Pick Five years of Sadiq Khan has left London with a mountain of... 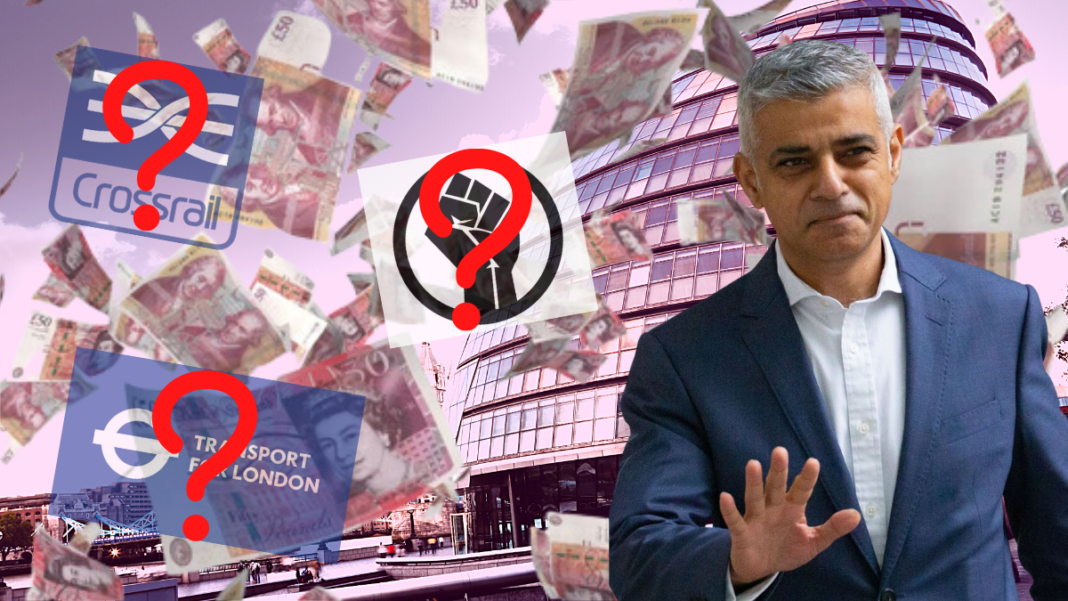 The London Mayoral elections are fast approaching. With only a month left until the election, candidates have upped the tempo in their bid to win the position.

Among the runners is the incumbent Labour Mayor Sadiq Khan. Under Mr Khan’s tenure, there has been a great escalation of costs in several key areas, which have been criticised as having a detrimental impact on Londoners.

Here, we aim to highlight a few of those areas in which spending mismanagement is said to have occurred.

Sadiq Khan has spent significant amounts of taxpayers’ money on diversity projects. These initiatives have enraged many Londoners, who believe that the money spent on these projects would be better spent on policing and housing – two areas where Mr Khan has been heavily criticised.

Most recently, Mr Khan has responded to the rise of the Black Lives Matter movement by turning his attention to taking down statues in London with any historical connection to slavery. This has resulted in the formation of a Commission for Diversity in the Public Realm, which seeks to identify these “problematic statues”.

In monetary terms, the taxpayer has been lumbered with a £1 million bill in order to help fund this Commission.

Similarly, the Mayor has also been splashing the cash on a ‘diversity bosses’ scheme. This would see positions made available to ensure that London’s infrastructure runs in line with Mr Khan’s own diversity ideals. According to The Sun, statistics from Transport for London show that 30 senior bosses – earning at least £50,000 – have “diversity” in their job description.

It costs £1.5 million to secure his ‘diversity bosses’, and once again, this move has flagged up concerns from rival Mayoral campaigns such as Laurence Fox as to why the Mayor is not funnelling more money into policing and less into ‘diversity commissions’.

Further expenditure that Mr Khan has signed off includes spending £30,000 on a bicycle ballet to explore to explore “the role cycling has in female liberation”. This may account for a small proportion of the spending; however, many have seen this as a waste of money, given London’s crime epidemic.

In the run-up to the May elections, one of the main issues raised about the Mayor’s leadership of London has been the mismanagement of transport services. This is another issue reportedly impacting the pocket of the taxpayer.

Conservatives Mayoral candidate, Shaun Bailey, has pointed out a couple of project failures that have led to billions wasted in TfL spending:

– Since Sadiq Khan took office there has been a 30% increase in TfL debt, amounting to £11.7 billion;

– Wasted expenditure from the new underground line, called the Elizabeth Line, cost £5.2 billion, which makes up a large proportion of the spending.

Mr Khan has also increased the wages of TfL executives. The number of executives earning over £100,000 has grown, with over a hundred seeing the rise. Under former Mayor Boris Johnson, the number was 458. Under Sadiq Khan, that figure is 557.

This has led to £58 million in extra costs. There has also been a significant £828 million increase in TfL workers’ pensions, further adding to the TfL costs.

Mr Khan’s tenure as Mayor of London has seen an increase in spending on his own staff.

According to official figures, spending on City Hall employees has risen by 82% since Mr Khan took charge. The final year of Mr Johnson’s tenure saw £36 million spent on City Hall staff, while it currently stands at £65.5 million under Sadiq Khan.

This has led to claims of further waste caused by the way City Hall is run, and it was reported that the mayor’s spending on public relations during his tenure has skyrocketed. There had been a 33% increase in PR spending during his Mayoralty, rising from £732,537 in 2016 to £977,912 in 2020. Many were also said to be “furious” to find out that one of Mr Khan’s very own Directors of Political and Public Affairs, Jack Stenner – who is on a £119,266-a-year salary – had not even been working in this country.

Instead, Mr Stenner was being paid to work 5,000 miles away in California, leaving many questioning how he could do a sufficient enough job thousands of miles away, with an 8-hour time difference.

To those living in the capital, the Mayor has appeared to be extremely carefree when it comes to spending. As the country looks to recover from the damaging effects of the coronavirus pandemic on our finances, many are being vocal about the fact that spending must be kept in check.

Wolves has decided to get in touch with Sadiq Khan’s office directly to see if he will provide a comment on City Hall’s financial situation… we await a reply. Meanwhile, the elections are due to take place on 6 May.