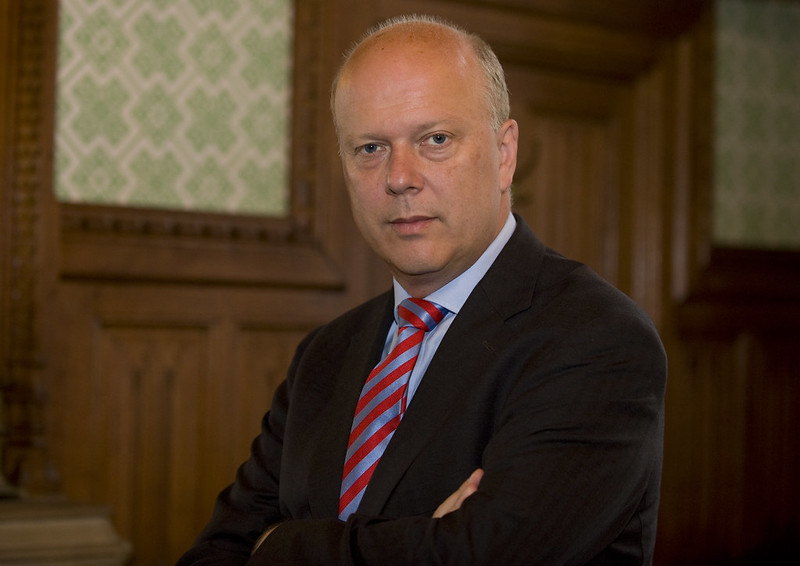 We read this morning that the Transport Secretary, Chris Grayling (right), is under renewed pressure owing to the decision to re-nationalise the offender supervision service. Grayling had taken the decision to part-privatise it while Justice Secretary in 2014, but this is now being reversed.

The privatised elements of the service had come in for heavy criticism, with chief probation inspector Dame Glenys Stacey saying today that she was “delighted” with the decision to re-nationalise and the current Justice Secretary, David Gauke, acknowledging that “the system isn’t working”.

It comes amid Press Association coverage of other criticism directed at Mr Grayling in his time as a Cabinet Minister. Of particular note is the “Brexit ferries” scandal, when Grayling awarded a £13.8 million contract to Seaborne Freight to carry extra cargo in the event of a No Deal Brexit, until it emerged that this firm did not presently own any vessels. There was then a further blow for the Department of Transport when it was forced to settle out of court for £33 million with Eurotunnel, following their claims that the process for awarding contracts had been “rushed” and that they had been passed over.

Mr Grayling has also faced criticism over his handling of changes to train timetables for Northern Rail and Govia Thameslink, leading to hundreds of train cancellations per day and weeks of chaos. The DfT was further named by the National Audit Office for making decisions that “negatively impacted on passengers” during the long-running dispute between Southern Rail and trade unions over driver-only trains, leading to the latter’s prolonged strike action.

Another controversy was Mr Grayling’s decision, while Justice Secretary, to ban prisoners from receiving books from friends or family while serving their sentences, in a move that was branded “cruel” by prison reform campaigners for fear that it would further impact upon offenders’ mental health. This succession of perceived blunders has earned the Transport Secretary the nickname of ‘failing Grayling’.

Elsewhere in re-nationalisation news, the Labour Party has today unveiled its plans to bring the National Grid into public ownership should it win power in a General Election. The Party says that its National Energy Agency would accelerate the drive towards greener national power provision, while the National Grid itself has suggested the opposite.

Calling the plans the “last thing” that was needed, the National Grid responded that they would “delay the huge amount of progress and investment that is already helping to make this country a leader in the move to green energy”.

Labour’s plans also include outfitting almost two million homes with solar panels, including social housing and the homes of those on a low income, to reduce their fuel bills while sending any unused electricity back to the National Grid, which would itself be nationalised. The Party is further planning to make grants and loans available to the public to encourage uptake, while adjusting the regulatory landscape to accommodate the changes. These plans form part of the Party’s goal of a “Green Industrial Revolution”, which spans housing, transport and industry.

In the newspapers today, we read in the Express that new polling in Scotland puts the Brexit Party in second place, creating a potentially worrying situation for the governing SNP and calling leader Nicola Sturgeon’s claim that Scots are generally opposed to Brexit into question.

The Independent also carries a story today that Theresa May’s former chief adviser has told her that “the game is up”, and that it is now her civic duty to stand aside to prevent further “national humiliation” over Brexit.

UPDATE at 2pm: Boris Johnson has confirmed his intention to run for Prime Minister when Theresa May resigns, telling the BBC “of course I’m going to go for it”.

UPDATE at 4pm: The 1922 Committee has reportedly given Theresa May another two weeks to try to ensure Britain’s orderly departure from the European Union before setting out her timetable for resignation. They had previously been expected to demand that she do so today.