Home News May embattled at PMQs 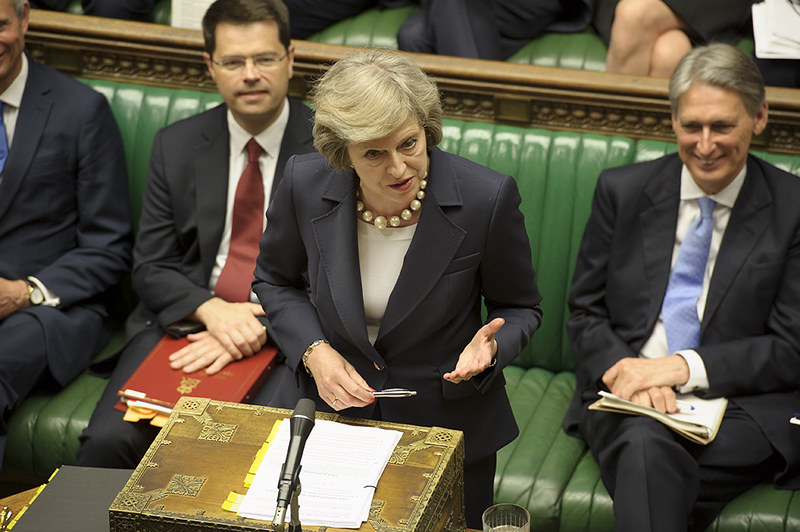 Following a convivial early atmosphere across the House, it was the Prime Minister herself who launched the first attack in today’s PMQs. The Leader of the Opposition appeared almost Prime Ministerial as he deflected this, moving the discussion on to the ideological back-and-forth between the Labour and Conservative benches that has been par for the course with this pairing of Government and Opposition leaders.

Theresa May once again defended the Conservative Government’s record on employment, job creation and wage inequality, although the impact of this on the wider economy did not come up. Jeremy Corbyn raised the issue of a food bank being opened at the Department for Business, Energy and Industrial Strategy on Victoria Street, in London, for some of its own staff. The Prime Minister chose not to address this particular issue directly.

Questions then returned to the floor of the House, with veteran Labour MP Barry Sheerman explaining how he had entered the House forty years ago as an ardent Eurosceptic, but that he was now a supporter of the EU as he had seen it “deliver prosperity” and “clean up the environment”. He urged the Prime Minister to “tell the truth” about the European project, to which she responded – as ever – that the public had already been asked this question and their vote was for us to depart.

Conversely, long-standing Conservative MP Peter Bone produced and quoted from a letter he had been sent by his local Conservative campaigners and activists in Wellingborough, demanding a No Deal exit from the European Union and calling on the Prime Minister to finally resign. As ever, the Prime Minister responded politely yet firmly, but without addressing their requests directly. Instead, she used it as yet another opportunity to castigate the House itself for failing to agree on workable options for leaving the EU.

The other issues raised today included how best to support and help identify young carers, given that this is Mental Health Awareness Week – indeed, Members’ green ribbons were widely on show. The Home Secretary also nodded along in agreement with one Member’s concern at the death of a constituent who had been shot with a crossbow on Good Friday, and there were indications from the Government benches that it would look to review the law on crossbow ownership.

In other UK political news, we read today in The Telegraph a piece by Conservative MP Crispin Blunt, who says that the Conservatives should prefer an electoral alliance with the Brexit Party over Labour. The Guardian is also reporting on the plans to be laid out by the Labour Party on Thursday to nationalise the UK’s energy network.