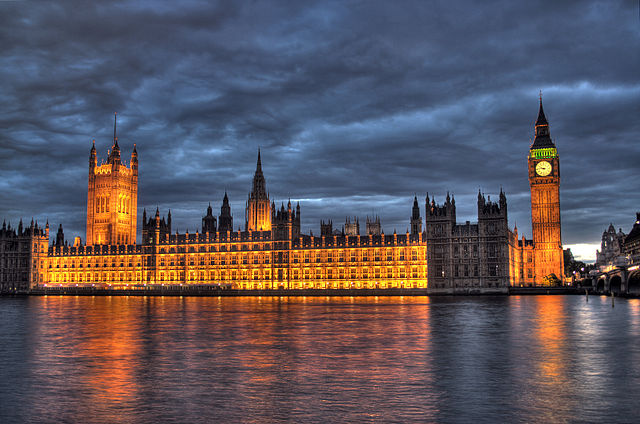 Making a success of Brexit was always going to be difficult. The last three months have brought these challenges into sharp focus.

Any member of the public looking into British politics could easily be excused for wondering what on earth is going on. Westminster, the mother of all Parliaments, is paralysed. As we approach the legal Brexit date of 29th March MPs are divided and the Government has lost control.Archaic political stunts, the creative reinterpretations of Parliamentary conventions and the reworking of Parliamentary rules are all becoming part for the course for politicians wishing to scupper, delay or soften Brexit.

Peter Hennessy claimed the British constitution is no longer made up of precedents and conventions; now anything goes. We have had an MP attempt to march out of the Commons with the Parliamentary mace in a bid to stop proceedings, lengthy debate and contestation over the meaning of the word ‘forthwith’ and most recently, cabinet ministers and government whips defying their own whipping operation. Not to mention the lack of leadership shown by Theresa May. In contrast to Brexiteer cabinet resignations, of which there have been many in the last 12 months, she seems terrified of resignations from Remainers in her cabinet, notably Amber Rudd, David Gauke and Greg Clarke. She continues to appease them by having free votes on the most important issue facing this country in decades and is even showing inconsistency herself.

She has repeatedly claimed that ‘no-deal is better than a bad deal but despite Parliament twice declaring it is indeed a bad deal, she votes to rule out no deal. She repeatedly stated the UK would leave the EU on 29th March but then votes for an extension. She has experienced not one but two of the biggest Parliamentary defeats since Ramsey McDonald in 1924. The list goes on and on. Historical convention dictates a Prime Minister would resign should they lose their flagship legislation by even a solitary vote, let alone 230. But these are not normal times. In any other moment in history the Prime Minister would be gone, yet she fight on. She has been unable to reconcile the combining factions in her party and has left it to the likes of Nicky Morgan and Steve Baker to attempt this through the so-called Malthouse compromise.

The views of MPs are inherently at odds with those of the majority of the British people. Out of the 650 MPs at Westminster, only 158 campaigned to leave the EU. For the first time in the history of referendums held in Britain, the British public voted against the majority held view in Parliament .The sovereignty of Parliament has collided head on with the sovereignty of the people.

To make matters worse, this was not a passive instruction; the people have not proscribed parliament from actively implementing a policy it supports, rather they have instructed it to actively implement a policy it does not support. As a result a thick fog has engulfed Westminster and resulted in the stalemate we are in. The vast majority of MPs want to be seen to be implementing Brexit simply because they feel they have to, despite their own beliefs.

Most of the public have a much greater belief in this country to get through challenging times than the representatives they send to Westminster. A Comres poll conducted over the weekend showed 44% of respondents now favour no-deal and many others have shown that a majority of Brexit voters now favour leaving the EU with no-deal. Indeed, the vast majority of Brexiteers in Parliament voted to keep no-deal on the table. It was Remainer MPs who voted to remove it and this in a nutshell demonstrates they have taken control of the process. Many MPs have reneged on promises they made following the referendum result. Sarah Wollaston, Dominic Grieve, Nick Boles etc all stood on a Conservative manifesto pledging to leave the single market and the customs union.

Parliament subcontracted its sovereignty to the people and it’s important for it to carry out the decision, whether there is a deal on the table or not. What we are witnessing right now are not the realities of carrying out an impossible task as many Remainers would have us believe, rather the difficulty of having politicians carry out an instruction the majority of them don’t believe in.

There is no historical precedent for what happens next and this is why the process is so hard to predict. Every faction in Parliament still believes their preferred option is obtainable. Only time will tell which one is correct.

Toby Amiel is a political commentator and postgraduate student at King’s College London.

The next PM must choose the people over Parliament – Toby...

It had better be third time lucky for the Tories –...

May will throw Brexit and the Tories under a bus –...

Parliament is out of touch with the people – Toby Amiel

A second EU vote should be on how we leave, not...

Is no deal better than a bad deal? – Toby Amiel