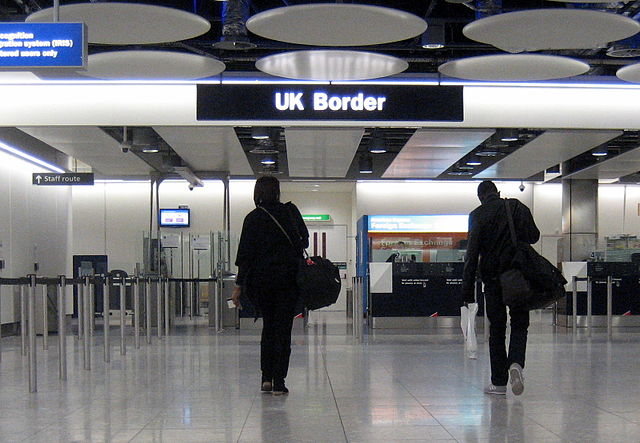 A key vote on immigration has taken place in Parliament this evening. It is seen as the first step in replacing the EU Freedom of Movement legislation currently in place and implementing a points-based immigration system.

Home Secretary Priti Patel, in her opening speech to the Commons, labelled the bill a “firmer, fairer and simpler system” which “delivers on the promise we made to the British people”.

The Immigration and Social Security Co-ordination Bill will end the Freedom of Movement rules that the UK was bound by under EU regulations, and states that these will be replaced by a points-based system. No specifics regarding the new points system are mentioned in the bill, and these will have to be implemented under new legislation.

Ms Patel opened the debate on her new bill, stating: “It delivers on the promise we made to the British people. It ends free movement. It takes back control of our borders.

“It gives the Government the powers needed to deliver an immigration system that is firm, fair and fit for the future, the points-based system the public voted for, a system that will support our economic recovery by prioritising jobs for people here in the UK while continuing to attract the brightest and the best in terms of global talent.”

The bill was met with disapproval from the opposition benches. Shadow Home Secretary Nick Thomas-Symonds said in response to Ms Patel: “Those who clapped for carers on Thursday are only too happy to vote through a Bill today that will send a powerful message to those same people – that they are not considered by this Government to be skilled workers.

“Are shop workers unskilled? Are refuse collectors? Are local government workers? Are NHS staff? Are care workers? Of course they are not.”

Further condemnation came from the SNP as their immigration spokesman Stuart McDonald criticised the “dreadful” Bill, saying: “It’s a Bill that will result in many thousands of EU nationals losing their rights in this country overnight and which will extend the reach of the hostile environment still further.”

Jeremy Corbyn’s former Shadow Home Secretary Dianne Abbott said that the Bill is “bad in principle, bad in practice” and labelled it as a “slap in the face for the thousands of migrants, including EU migrants, working so hard for the NHS and care sector in this time of Covid crisis”.

“During these exceptional times, it is right that policies which affect our NHS workers are kept under review including the immigration health surcharge, and that’s why I recently announced a free automatic one-year visa extension for those with six months or less left to stay on their visas.”

Under the points-based system proposed earlier this year, the UK would prioritise migrants that spoke English, had a job offer from an employer and were looking to work in a job at an “appropriate skill level”, among other categories.