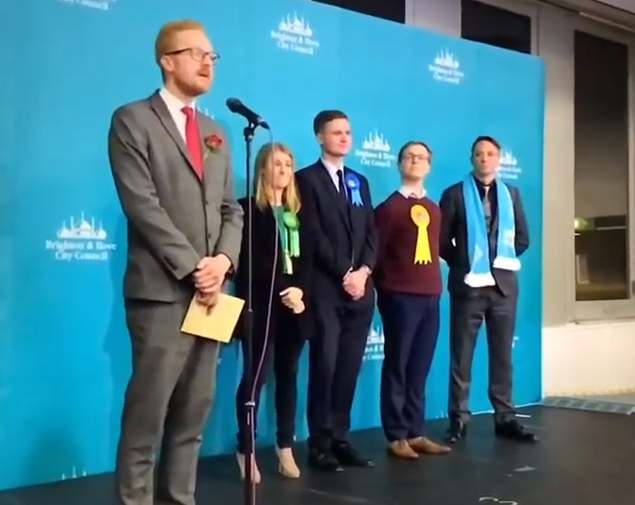 Sir Keir Starmer has been presented with perhaps his first opportunity to determine what sort of Labour Party he wishes to command. One of the biggest challenges he faced when taking over leadership of the Labour Party was finding a way to deradicalise it in order to rejuvenate the Party’s hopes of electoral success.

The test Starmer must now pass comes in the form of Shadow Cabinet Minister Lloyd Russell-Moyle. In light of the new occupant as Labour leader, he was one of the remnants left over from the previous administration. He was a firm Corbyn ally and one of the very few Corbyn supporters to retain their place in the Shadow Cabinet. He was also known as quite the left-wing firebrand.

He said: “I do not think it is an exaggeration when we say the Conservatives have conspired to murder and let British citizens die. That is what they have done and that is what they will continue to do.” He also claimed that 100,000 people had died before their time because of the Tories. These comments were made on his campaign trail during the last General Election.

He has previously suggested that Labour supporters “should fight them in the streets”, in reference to the new Government in 2019:

He has also said that his constituency was “not Tory-free enough for my liking”, later adding: “We’ve still got a few more to root out, but because of your fantastic door-knocking, we know where they live.”

Starmer is facing calls to sack his Shadow Environment Secretary from all sides of the political spectrum, including his own. It has been reported that some Labour MPs have privately called for his resignation.

However, a spokesman for Sir Keir came out yesterday and branded the Brighton Kemptown MP’s comments as “unacceptable”, but suggested that Russell-Moyle will keep his job in the Shadow Cabinet.

The spokesman said: “These comments are unacceptable and Lloyd will be spoken to about them. We need to draw a line under this type of behaviour and have a more respectful public debate.”It seems Starmer is not going to rid the Party of radicals in the way it was suggested he would when he first took over. Nonetheless, of course I am quite sure that Mr Russell-Moyle will realise the error of his ways, and will commit to change in due course… (!)