Home Opinion The North Shropshire by-election is a greater loss for Labour than it... 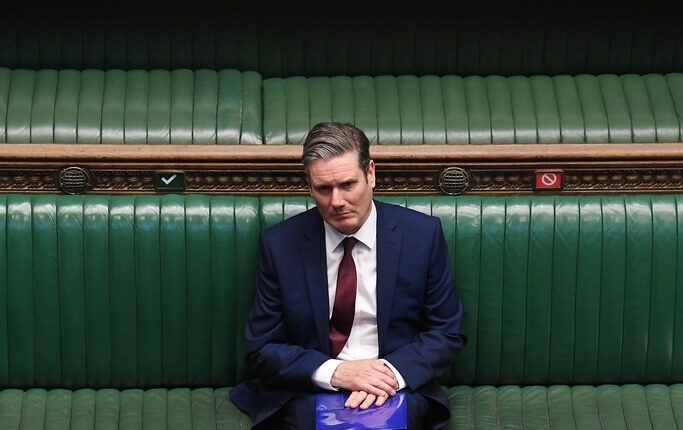 The Liberal Democrats can gloat all they like about ‘winning’ a 200-year-old Tory safe seat, but this mid-term polling exercise means more for the Labour and Conservative Parties – and the result is most damaging for Labour.

Last week’s by-election, brought on by the Government’s paid lobbying scandal and subsequent resignation of North Shropshire’s sitting MP, Owen Paterson, should serve as a wake-up call for both the two major parties.

For the Conservative Party, the loss of North Shropshire is embarrassing given the fact that they held the constituency for over 200 years, and the context in which the by-election was held; Paterson quit his seat after being at the heart of the Government’s lobbying scandal, afterwards blaming the “cruel world of politics” for his resignation.

For the Labour Party, it is further evidence that the leadership is failing to prove a formidable Opposition against the Government, and further demonstrates to the electorate that the party just isn’t ready for government. It has been an uncomfortable period for Labour under the leadership of Keir Starmer, who is giving the public a hard time finding reasons to support him. But despite saying on Monday that the Prime Minister must gain a foothold in the Conservative Party’s “in-fighting” over Covid restrictions, it would be wise for him to examine himself in the mirror first. Labour’s ideological disunity is proving to be a significant explanation as for why he is struggling to appeal to the people.

Whilst this is a ‘win’ on paper for the Lib Dems, what this by-election result really highlights is a struggle for both the Conservatives and Labour – though the damage is evidently greater for the latter. On top the ongoing media coverage of Covid guideline-breaking parties in SW1, rebelling backbenchers and struggles over whether to favour autonomy or authoritarianism on Covid restrictions (all the while trying to avoid being labelled a hypocrite), the loss of North Shropshire is not particularly damaging for, nor important to, the Prime Minister. In contrast, however, this is yet another example of a Labour, or rather Starmer, failure to win over the British public.

Granted, seeing as North Shropshire had essentially been Conservative forever, it was arguably unlikely that Starmer was ever going to stand a chance at winning it – but then again, a Lib Dem victory was potentially just as unlikely too, and perhaps even more so. Given the clear majority for the Lib Dems too, it is clear that a vast number of North Shropshire constituents were seeking a political change away from the Conservatives. Therefore, there was certainly an opportunity for Labour to contest this seat – and do well.

The problem for Sir Keir Starmer is that whilst this is an embarrassing episode for the Conservatives, as both a Tory defeat and a Lib Dem victory, this result has been overshadowed by a media focus on the various number of parties held by top Tories, advisors and civil servants when the rest of us were in lockdown and told to limit social contact. What the result of this by-election highlights, particularly to the Parliamentary Labour Party and their members, is that Starmer is not succeeding in winning over large numbers of the electorate.

What Starmer and his colleagues must understand, if they are to gain momentum in their support, is that Conservative unpopularity does not mean Labour popularity – and last week’s mid-term poll demonstrates just this. The very fact that Labour only seem to gain ground in the opinion polls as a result of Conservative unpopularity or failure, as opposed to being as a result of anything Starmer or the party is doing, should be concerning both for and to him.

In the last year, Labour has lost their Hartlepool seat to the Tories, narrowly held onto Batley and Spen with a majority reduced by the thousands and, like North Shropshire, failed to take Chesham and Amersham as the Lib Dems gained the seat from the Conservatives. There very clearly is a failure from the Labour leadership to engage with voters and prove that they are a sensible and formidable alternative to the Tories.

Throughout the last year, the Government has been scandal-ridden. It has gone from one self-inflicted PR disaster to another (including that of Paterson), and the last few months have certainly been the most challenging. Yet, the Labour leadership is consistently failing to gain a foothold in the electoral battlefield, because the party is far too busy fanning the flames of the culture war and not seriously scrutinising the Government.

If the leadership is serious about getting into government, it must assert clear positions on the matters affecting the British people the most. Instead of justifying voting with the Government on vaccine passports, against the public interest, by making reference to some pseudo-“patriotic duty”, Starmer should be raising concerns over Conservative policy on Covid restrictions – as opposed to attempting to rationalise a position that threatens the principle of individual liberty by pretending to love his country.

The result of the North Shropshire by-election is damaging and uncomfortable for both the Conservative and Labour Parties. But as the Conservatives ramble on with their staggering majority (to be virtually unhindered in the long-term, considering their wider and more immediate issues), Labour have demonstrated yet again that whatever they’re doing just isn’t enough for the British public.