Home Opinion What the riots reveal about the USA – Jonathan Eida 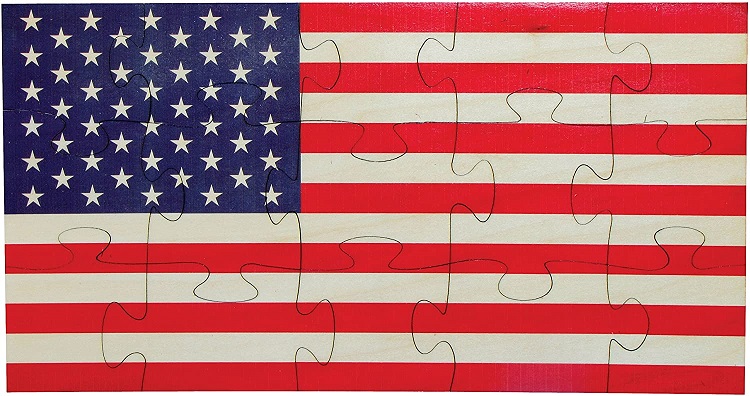 As protests and riots continue to rage around the United States after the death of George Floyd, America finds itself on its knees. Major districts have been forced to shut up shop, both literally and figuratively, in order to keep out looters who are bringing whole cities to a standstill. In some areas, the scenes are nothing short of anarchical.

What these protests have really exposed is the shaky foundations upon which the American ideal is premised. If the further disintegration of the American system is allowed to continue, they may well find themselves in an unsolvable position, with only chaos as a companion.

To understand the extent of the damage that is being done, we must first identify the core of what it means to be American.

The late philosopher Sir Roger Scruton popularised the concept of nations needing a source of unity upon which there was shared consensus. He called this idea “the first person plural”, otherwise known as ‘we’. This ‘civic religion’ performs the role of unifier, ensuring that society does not fall into disarray. Each society is divided along many fault lines, and without a common source of unity that society is liable to break down. In some ways, it is analogous to a puzzle and a picture. The puzzle consists of many pieces that all come together; everything looks wonderful until pressure is applied, when it falls back into its individual pieces. A picture, on the other hand, since it is one item, can withstand more pressure. Every society needs that glue, and so long as there is a unifying factor that binds everyone together, the society will remain intact.

So what were the bindings that held the United States of America together? Unlike most other cultures, America was crafted by the ideas of the Founding Fathers, who set out in immense detail what sort of society they wanted to create. They fashioned the Constitution, wrote the federalist papers and enshrined the people’s rights. The sanctity of the individual and their freedom were also preserved in law. Just taking a look at the First Amendment, which enshrines the freedom of speech, or the Second Amendment, which gives an individual the ability to hold a tyrannical government to account, provides enough of an impression of the society they wanted to see in the future. America was to be far more than a country – with freedom and liberty as its guiding light, America was an ideal.

The issues with basing a society on a set of values, however, is being placed under scrutiny by the events of the past week. These are issues that have been brewing for a long time, but the protests have shone a light upon them.

There are two issues I would like to highlight with regard to the frailties of this values-based ideology. These issues are representative of two different factions of the protests. The first comes from the people protesting the death of George Floyd, and the second from the self-styled Antifa movement.

The values that form the basis of the US have been in place since its inception. However, this does not mean that these values have always been upheld to their rightful standard. As is well known, the United States has had a very chequered past when it comes to freedom and rights. African Americans had faced decades of slavery and vile mistreatment. This also included mistreatment from some of the founders themselves. The wounds of these injustices are still fresh for lots of people. This was evident from those who protested the murder of Mr Floyd. They still believe there is injustice and they feel aggrieved because of it.

The problem this causes in terms of its impact on America’s core values is that people are disillusioned by them. Although many may in principle still agree with the values themselves, the past and present grievances completely undermine the unity of the values. The view is that these values, which were supposed to protect people, are not having that effect. Once the disillusionment begins, the role those values play is reduced, leaving behind fragile cracks in society.

The other weakness with relying on values for unity is that everyone is required to buy into them. When the US was founded, these values came in at a time where there was no social equality whatsoever. The Founding Fathers were revolutionary in this respect, because they preached the strength of the individual above all else at a time when the notion of the individual barely existed (as compared to today). However, values do change over time, and two hundred years later it is not clear that people still agree with them.

This was evidenced by Antifa’s involvement in the proceedings over the course of the past week. Antifa are a radical revolutionary sect of a growing movement for collectivism and an uprooting of all existing power structures. Their founding principles revolve around Trotskyism, which in turn is in direct conflict with the traditional values expounded by America’s founders. They are also among the leaders of a movement that is actively trying to overturn the American ideal. Although they themselves are small in number, their ideological sympathisers are far broader in catchment.

Once you have a section of a society that disavow the ‘sacred’ values that are supposed to unifying, you are once again left with a divided nation that threatens to cave in on itself.

The events of the past few days have highlighted the problems the United States faces if it is to remain afloat. At the present time, there is a legitimate concern that American society, as it currently stands, will capsize. The longer this disillusionment is allowed to continue, the further the founding principles will fade into irrelevancy, leaving the United States fractured and vulnerable in the face of an uncertain world.