Home Culture Will the BBC bring about its own downfall? 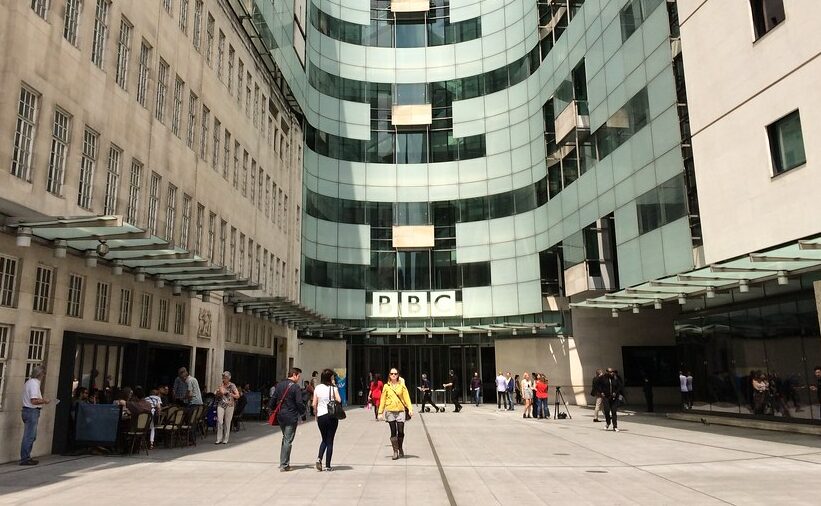 The BBC is a fantastic asset to Britain and to journalism. But will its perceived pandering to ‘wokeness’ be its downfall, as the campaign to axe the licence fee seems increasingly popular with voters?

Culture Secretary Nadine Dorries was praised by some elements of the right-wing press and electorate for her announcement in January that the Government will be freezing the BBC licence fee for two years. This came as discussions around the future of the broadcaster, and whether the public should be forced to fund it, have increased. The Government has also now decided to sell off the publicly-owned Channel 4 for privatisation – critics say that this move, and attacks on the BBC licence fee, are fuelling the so-called ‘culture wars’.

But Britain’s ‘culture wars’ extend far beyond Labour MPs’ accusations that the Conservative Party is fuelling these cultural conflicts by bashing or tearing down British institutions. That would be a rather convenient narrative to push, as it absolves those who do push it of any responsibility for declaring these wars to begin with.

Indeed, it is too convenient that those who accuse the Right of instigating the so-called ‘culture wars’ are those who demand that politics is dictated solely by identity – which is where, in part, the BBC comes in. The ‘culture wars’, however, are a broad spectrum of political battles between the autocratic demands of progressives, and the sane rest of society.

Critics of the BBC say that the broadcaster is ‘too woke’. Spiked magazine takes this rather forthright position: “The BBC rarely misses an opportunity to broadcast its wokeness. Execs at the corporation seem to come up with new right-on initiatives every week – from gender-balanced panel shows to ‘allyship training’ for production staff, from spending millions on diversity to slapping trigger warnings on older, politically incorrect programmes.” This offers a fair summary as to why such large amounts of the electorate are critical of the BBC, and would favour scrapping the mandatory licence fee.

Indeed, increasing support to scrap the licence fee would seem to be almost entirely down to the broadcaster’s unpopular pandering to the demands of progressive, ‘woke’ politics. According to a poll conducted just after the Culture Secretary’s decision to freeze the licence fee, 42% said they ‘strongly supported’ scrapping the fee along with 21% who agreed with the idea ‘somewhat’, which compares drastically to the 23% of respondents who said they disagreed with axing the TV licence.

Perhaps these pretty clear results can be explained by the fact that, whilst the majority of voters would support scrapping the fee anyway, many people feel that the BBC is biased against Brexit and focuses too much on ‘woke issues’ in particular – which could be another reason why a marginal majority also think that the broadcaster is bad value for money.

In 2018, one poll revealed that 45% of Leave voters believed that the BBC had an anti-Brexit bias, compared to merely 14% of Remain voters. Additionally, in 2021, another poll showed that 51% of respondents believed that the corporation was bad value for money, along with 34% who stated that it focuses too much on ‘woke’ issues and 47% who believe that the broadcaster better represents the views of people in London than those of people outside the capital. Certainly, public discontent with the corporation is very telling, particularly when considering these results, with as many as 200,000 people a year cancelling their TV licences.

Director-General Tim Davie has himself conceded previously that the corporation has alienated viewers due to its “metropolitan mindset”. This could partly explain the BBC’s decision to shift more of its output to its Salford headquarters, in order to “better reflect” all areas of the UK.

Arguably, the Beeb’s need to do more to re-engage people outside of the Westminster Bubble, such as northern ‘Red Wall’ areas where the progressive, liberal views of the political and professional classes in London are not as common – or even prevalent at all – stems from what Davie admitted is the broadcaster’s London-centric focus. This is particularly relevant when considering the public’s opinion on Brexit bias, and the class divide over the referendum vote.

Of course, the question of whether the BBC is biased or ‘woke’ is merely a matter of opinion – arguably, it doesn’t matter whether it is or it isn’t. What does matter, though, is whether it is perceived to be biased, because it is public perception that will determine the broadcaster’s future and the way it is funded. The incumbent Government is struggling to keep the public on-side, so if policies such as Dorries’ freeze if the licence fee are likely to keep voters content – particularly those in working-class, Red Wall areas, for example – the Government will undoubtedly pursue them, even if doing so leads to critical accusations of fanning the ‘culture wars’ flames.

It is a shame that the BBC is perceived to biased, but the attitudes and behaviour from some of its high-profile journalists do not help its image. When Naga Munchetty and Charlie Stayt mocked former Cabinet Minister Robert Jenrick for prominently displaying a Union Flag behind him during an interview, voters were furious – and rightly so.

What is clear is that the public’s negative perception of the BBC overshadows the great work that it does. The scale and quality of the journalistic material it produces is second to none – from covering domestic issues at home to its reporting of the war in Ukraine and raising awareness of issues and events across the world.

But if the campaign to scrap the licence fee continues to gather more pace, the Government will most likely look to appease the broadcaster’s critics. The decision to privatise Channel 4 has already been taken, and although it would seem incredibly drastic to sell off the BBC, what seems increasingly inevitable is a shift in the way it is funded and operated.

If the corporation cannot address the attitudes of perceived bias from voters and a concentration on what they see as ‘woke’ issues, then its future may yet hang in the balance.