The current political crisis is one of the worst in the history of the Conservative Party.

May is backed into a corner. Even the ultimate sacrifice of resigning as PM would prove insufficient. As one commentator remarked, she fell on her sword, missed, sacrificed her queen, but still lost.

Why has she placed herself in this position? All for the sake of one Withdrawal Agreement which satisfies neither a majority of Leavers nor Remainers. And perhaps most importantly, she is not honouring the Conservative Manifesto on which she was elected. It stated that ‘we continue to believe that no deal is better than a bad deal for the UK.’ (P. 36).

This was not a pledge forced upon the Prime Minister against her wishes. The manifesto was written up by May’s inner circle. The Conservatives heavily based their election campaign on leaving the EU preferably with, but if this is not possible, without a withdrawal agreement. May stated over 50 times that the UK would be leaving the EU on the 29th March 2019 no matter what.

Not only has Parliament voted down the deal 3 times, a recent Comres poll of Leave supporters found no-deal to be their preferred option. Pursuing it should be the next step of the process.  But it is more complicated than that. The three former Tory MPs Anna Soubry, Heidi Allan and Sarah Wollaston; numerous Conservative MPs like Dominic Grieve and even cabinet ministers such as Amber Rudd and David Gauke are all seemingly irreconcilable with the prospect of no deal. This begs the question, why were so many conservative MPs happy to stand on a manifesto with which they had such deep concerns?

Perhaps with the passing of time MPs believe the public have forgotten the Conservative Party pledge or simply took the view at the time of no deal being ‘out of sight out of mind’. Except that it is still technically 9 day away. MPs from all sides are using whatever political tools at their disposal to prevent this, even if it means revocation of Article 50 and remaining in the EU.

Ignoring party manifesto’s has severe consequences. One need look only at what happened to the Liberal Democrats in the wake of the party compromising their core manifesto pledge of resisting any rise in tuition fees. They went from 57 seats in 2010 to 8 in 2015. This should give May a stark warning about what can happen when a party abandons its principles and core support.

Now I make no attempt to call judgement on the economic consequences of no-deal. Most likely they have been underplayed by Brexiteers, who argue it would liberate Britain. Nonetheless, what is concerning is the expedience to which such a core election pledge has been abandoned by the Conservatives simply because ‘Parliament won’t wear it’.

Even if the Conservatives had won a majority in 2017 it is extremely unlikely that Parliament would have sanctioned no-deal due to its inevitable inbuilt majority of remain MPs. Instead the two main parties in Parliament are suffering collective amnesia from what they pledged to the country in 2017.

Meanwhile, Theresa May is set to throw democracy under the bus for the sake of her deal by agreeing to a long extension with the EU and whatever Jeremy Corbyn wishes to extract from her.

Toby Amiel is a political commentator and postgraduate student at King’s College London. 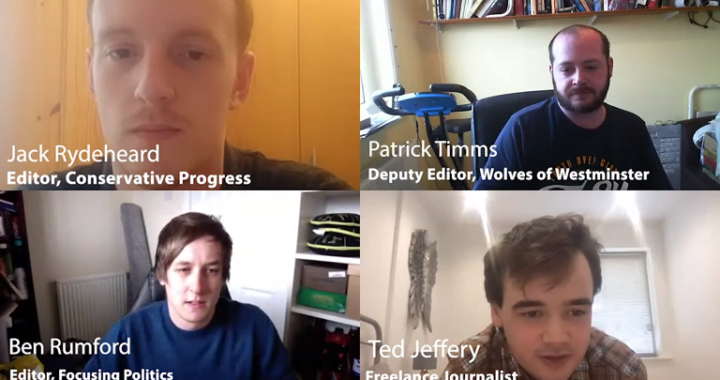 1 thought on “Is no deal better than a bad deal? – Toby Amiel”