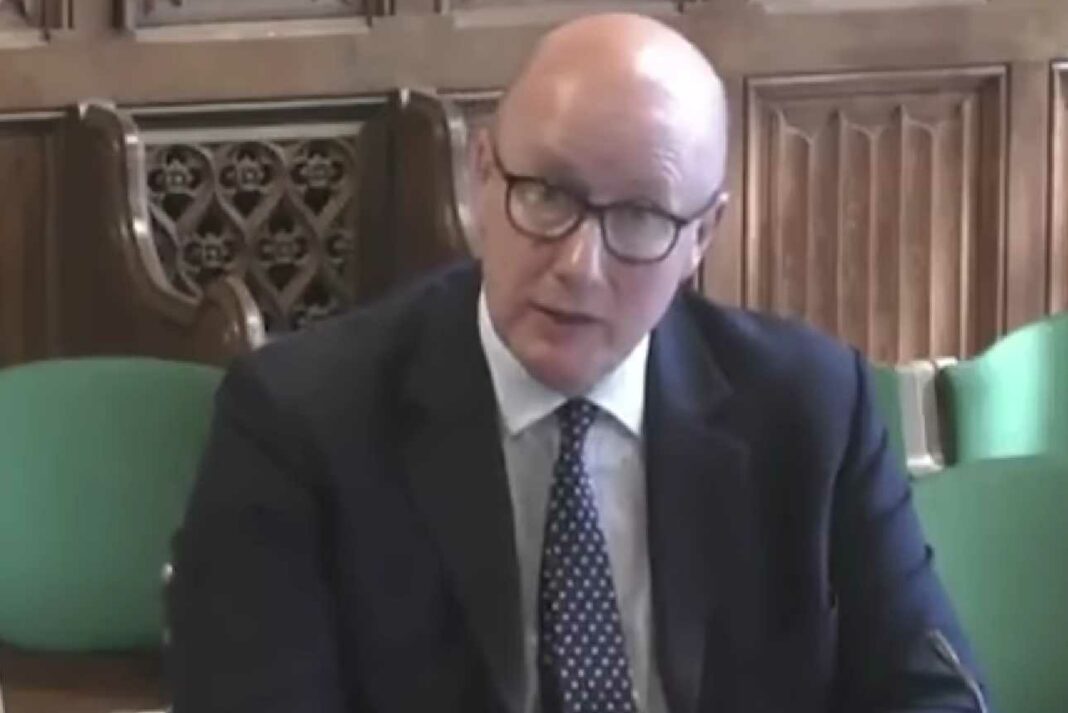 The Ethics Adviser to Prime Minister Boris Johnson, Lord Geidt, has tendered his resignation this evening.

It comes after he said last month that there is a “legitimate question” over whether the Prime Minister broke the ministerial code over Partygate revelations.

Speaking to the Public Administration and Constitutional Affairs Committee yesterday, Lord Geidt said: “I used the language ‘legitimate question’ not speaking as a lawyer, which I am not, but because if I am to take the view of an ordinary man or woman … I think it’s reasonable that some, and indeed many people had written to me making the this point: it’s reasonable to say that perhaps a fixed penalty notice and the Prime Minister paying for it may have constituted not meeting the overarching duty under the Ministerial Code of complying with the law.

Whilst he did not give a reason for his resignation as Johnson’s ethics adviser, he said: “I feel that it is right that I am resigning from my post”, after questions over whether Johnson did in fact breach Ministerial rules.

The Guardian reports that one person who had spoken to him said he was “sick of being lied to”, while another said Geidt was “frustrated” at his portrayal as a “patsy”.

In response to the resignation, a Government spokesperson said they were “surprised by this decision, given Lord Geidt’s commitment to the role, to the Prime Minister”.

“Whilst we are disappointed, we thank Lord Geidt for his public service. We will appoint a new adviser in due course.”

Labour’s deputy leader Angela Rayner said: “The Prime Minister has now driven both of his own hand-picked ethics advisers to resign in despair.”

She added: “If even they can’t defend his conduct in office, how can anyone believe he is fit to govern?

“The person who should be leaving Number 10 tonight is Boris Johnson himself. Just how long does the country have to wait before Tory MPs finally do the right thing?”

Lord Geidt also told the Committee he appeared in front of yesterday: “I’m an asset of the Prime Minister as a Minister of the Crown, rather than a free-orbiting adviser with a different source of authority.

“There is some small limitation on the capacity of the independent adviser to be truly independent.”

Whatever his ethics adviser concludes from an investigation, it is the Prime Minister himself who makes the final decision as to whether Ministerial rules have been breached.

Following the publication of the controversial Sue Gray report into Downing Street parties and gatherings that occurred during lockdown, which presented damning evidence of attendees spilling red wine, vomiting and being rude to cleaning staff, the Prime Minister was accused of attempting to “save his skin” in light of reports that he planned to rewrite the Ministerial Code that aims to hold MPs to account.

Elsewhere near the top of government, Home Secretary Priti Patel faced a backlash in 2020 after she was found to have breached the rules, and was found guilty of bullying, although she was not disciplined following this as the investigation concluded that she was largely unaware of the effect of her own behaviour.

Sir Alex Allan, who held the post of Independent Adviser on Ministerial Standards prior to Lord Geidt, resigned following his finding that Patel had bullied civil servants, when it became clear that this would not lead to her own resignation.

In last month’s annual report, Lord Geidt concluded: “In the case of the fixed penalty notice recently issued to and paid by the Prime Minister, a legitimate question has arisen as to whether those facts alone might have constituted a breach of the overarching duty within the Ministerial Code of complying with the law.”