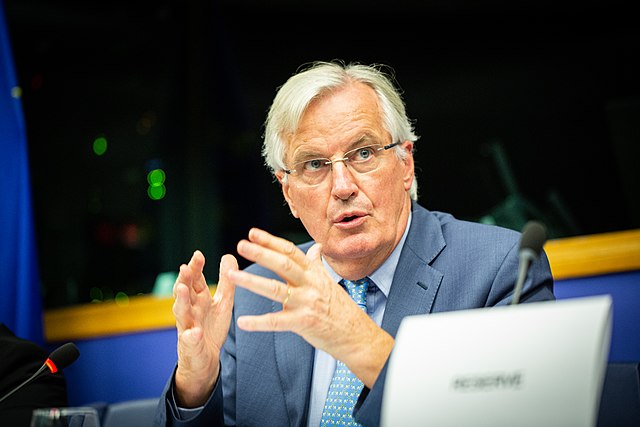 Brexit negotiations resumed yesterday following signs that a deal could be reached, but ended in a stalemate by the evening.

With less than a month to go until the UK is set to leave the EU, the EU’s Chief Negotiator, Michel Barnier, called yesterday an “important day”. If a deal is to be agreed upon, it would still have to be ratified by the EU Parliament, further restricting the time left to reach an agreement.

Business Secretary Alok Sharma said that the negotiations were in a “difficult phase”. This came after reports that the EU had hardened their position on the ‘level playing field’, which would see the UK brought into line with the rest of the European Union’s regulations.

The UK and the EU have also been at loggerheads when it comes to fishing in the UK’s waters. This has led to individual European nations, particularly France, threatening to veto a deal if they feel that it does not give them access to UK fish.

French Foreign Affairs Minister Clement Beaune said before this round of Brexit negotiations: “If there’s a deal that isn’t a good one, we’d oppose it,” adding that “every country has the right to veto”.

He continued: “We have to prepare for a risk of no deal, but this is not what we want.

“I still hope that we can have an agreement but we will not accept a bad deal for France. If there was an agreement and it was not good, we would oppose it with a right of veto.”

But a British source said: “As things stand, we are not going to get there unless Barnier gets a new mandate. Without some intervention from European leaders, it’s not going to work. The onus is on them now because we have reached the end of the road in terms of how flexible we can be.”

The talks are reported to have stalled when the EU side unexpectedly made a demand for 10 years’ unfettered access to fish in British waters. A Government source said: “Their new offer was frankly laughable. They know we can’t possibly accept it. It’s ridiculous. If they think we will just cave in, they have made a massive miscalculation.”

Sources in Westminster believe that this move is likely to have come from pressure by French President Emmanuel Macron, who is said to believe he needs to be seen to be fighting for French fishermen in the UK-EU negotiations.

German Chancellor Angela Merkel is said to be urging both sides to find a compromise in order to break the logjam in the talks, with very little time remaining for a deal to be struck and ratified both in Britain and on the continent.

Her spokesman said: “For the Chancellor … the willingness to compromise is needed on both sides. If you want to have a deal, then both sides need to move towards each other. Everybody has their principles. There are red lines, that’s clear – but there’s always room for compromise.”

Irish Prime Minister Michael Martin said he “fervently hopes” a deal can be reached this weekend, amid calls for calm to conclude the talks. Michel Barnier is expected to return to Brussels today, while it is possible that there will be a resumption of talks tomorrow.

This will be following discussions between Boris Johnson and Ursula von der Leyen that are anticipated today, in a bid to restart negotiations.