Home Culture For university lecturers to strike now is unforgivable 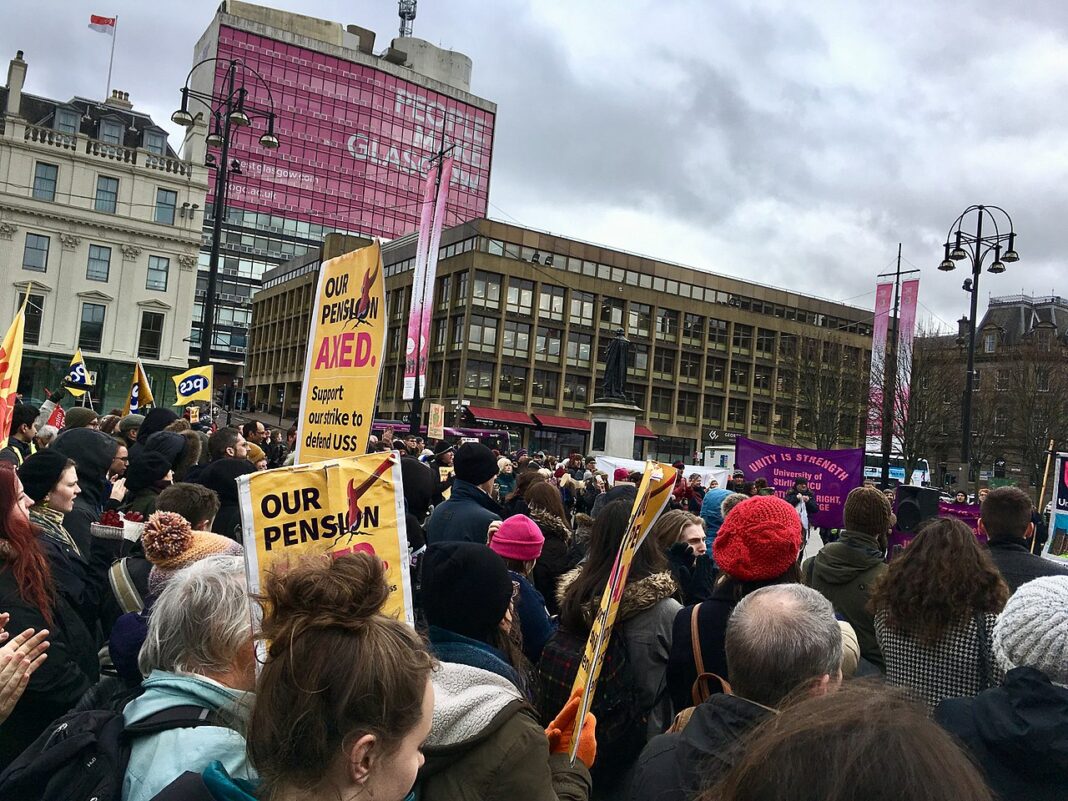 Students have had a turbulent and uncertain two years. What they need now is the support of those who are supposed to inspire them, not let them down.

Of all the people to suffer at the hands of strike action, students will suffer further at the hands of the very people who should be there to support them. From the Government’s neglect, to the public’s demonisation, and now to academic abandonment, university students will fall victim, again, after two long and unsettling years.

Though students have already been adversely effected academically as a result of the pandemic, members of the University and College Union have voted 76% in favour of strike action over salaries and pensions. This is another example of the abandonment, arguably even betrayal, of students.

Over the course of the last two years, students have endured uncertainty over A-level grades, no face-to-face learning and being reduced to only bullet-pointed PowerPoint presentations over Teams calls. They have endured three national lockdowns, with banishment from university halls over the third (and no financial support for rent), social punishment over the threat of coronavirus vaccine passports, general demonisation, and rumours of a potential lowering of the threshold at which tuition fees will be paid back.

For university lecturers to strike now is both brazen and unforgivable, and to strike over pay and conditions really is a firm and bloody kick in the teeth for students. It would seem that lecturers who voted in favour of strike action have clearly forgotten that they have a moral and professional responsibility to those they teach.

When, now more than ever, university students need the support of their universities and their staff, students will be left abandoned again. For academics to strike now is nothing short of a dereliction of duty; it is devoid of responsibility and, quite simply, is shoulder-shruggingly selfish.

According to various sources, lecturers’ salaries can range from between £35,000-50,000 depending on experience and university – they could even be higher. To strike on these cosy salaries is a typical demonstration of middle-class, professional entitlement. Whilst students have spent the last two years paying thousands of pounds to sit in front a computer screen for – at best – an average education (whilst being expected to pay the full amount of rent for accommodation that they were legally required not to return to), lecturers have spent the last two years sat behind the computer, reading from secondary-school-level presentations with no more threat to their livelihoods or uncertainty over their futures than anyone else has faced.

The overwhelmingly-decided vote to strike now should bring little short of shame to the lecturing profession, given the timing and circumstances. It is a total neglect of responsibility to students and their education, and typical of the self-entitled behaviour expected by those who chose to go into the public sector roles they did. Had it been nurses, doctors, care workers or firefighters who voted to strike now, the public would be in uproar – and rightly so. It should be no different for academics.

Additionally, what is equally appalling is that the National Union of Students, known for their left-wing lenience, have backed the strikes. They firstly shouldn’t have the audacity to speak on behalf of students on this matter, and secondly, shouldn’t be backing a move that is likely to cause a significant amount of disruption to the lives and educations of university students. And whilst an editorial in The Guardian, unsurprisingly, backs the strikes on the grounds of low staff morale, what is yet again neglected is the sentiments – the morale – of students themselves and the inevitable uncertainty as a result.

Once more, it is students who are being made to suffer and who are being punished. With no regard for their professional responsibility, and little concern for integrity either, academics have placed their needs and interests above the students they are supposed to support. It is unforgivable that they should choose to strike now, informed in the knowledge that those they have a duty to are being betrayed, disadvantaged and exploited… again.