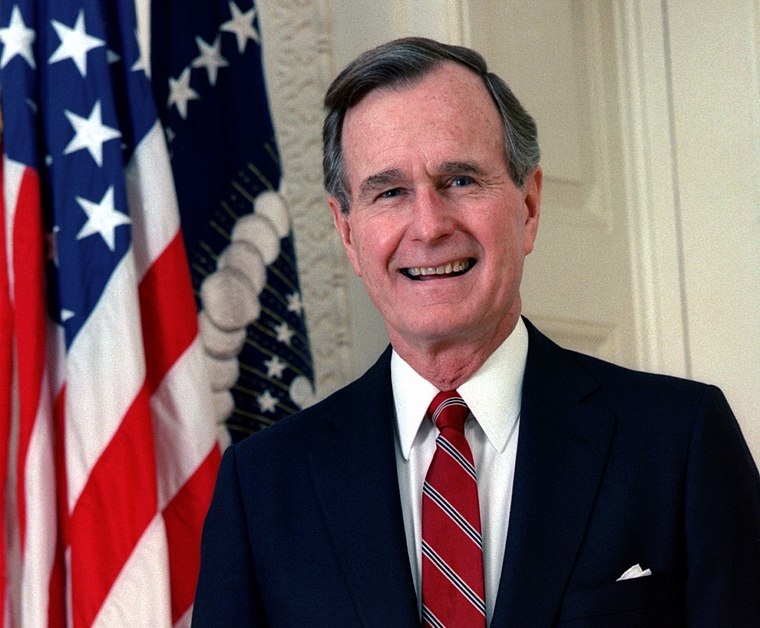 The 41st President of the United States, George H W Bush, died at the age of 94 this weekend.

Many political commentators were quick to pay their respects to a great statesmen who dedicated his entire career to public service. George Bush was a one-term president and achieves only a moderate score in the historical ranking of former presidents, and as such his presidency is perceived to be an uneventful one sandwiched between two more charismatic and effective presidents in Ronald Regan and Bill Clinton. Nevertheless, Bush was in office during a very turbulent period in world history, and his calm, pragmatic and experienced hand helped transition the world through the end of the Cold War to a more stable and prosperous world.

There are many areas of Bush’s legacy that historians and academics have been less favourable towards. Most famously, his questionable handling of an economic downturn towards the end of his presidency in which he raised taxes despite his famous quip “read my lips – no new taxes”. His Democratic rival Bill Clinton successfully used this U-turn to unseat Bush in the 1992 presidential election.

Bush is often criticised for failing to possess the character or the charisma which is required of a modern U.S. president, and he was viewed as somebody who was out of touch with every day Americans. This was encapsulated when Bush infamously checked his watch whilst being asked a question during the presidential debates of 1992.

The main criticisms of Bush come in the realm of foreign policy. He is best known for being the President who oversaw the first Gulf War, and is often criticised for not removing Saddam from power after he had successfully ordered U.S. forces to liberate Kuwait. And despite having overseen the end of the Cold War, many academics question Bush’s lack of vision and doctrine, arguing that he missed an opportunity to be more forceful in setting the agenda as the world transitioned to a new era.

Nevertheless, Bush 41 should be best remembered as being a steady, experienced and pragmatic hand who helped steer America through turbulent times and had many diplomatic successes along the way. Amongst these was of course the ending of the Cold War without a single shot being fired, a rapid improving of relations with the collapsing Soviet Union marked by the signing of the START-1 treaty.

His defining moment of success was his leadership in overseeing the reunification of Germany, which was far from assured given Prime Minister Margaret Thatcher and President Francois Mitterand’s deep opposition to it. Despite this, Bush used his diplomatic skills to ensure that Germany was unified within NATO. History has shown that the reunification of German has been a force for good, and the nation have been a force for democracy and human rights in the years that have followed.

Another shining moment of the Bush presidency was his decision to build a comprehensive and genuine coalition to remove the blood-thirsty dictator Saddam Hussein from Kuwait during the First Gulf War. Bush had a vision of a world in which the international community would act in solidarity to stop and deter rogue states. His famous declaration of a “New world order” was centred on an ambition to make the United Nations fit for purpose, and to help it achieve its goal for the first time since its inception. This has not come to fruition given the state of relations between the west and Russia today, but the vision for a more stable and collaborative world was the right one.

George H W Bush’s pragmatism and moderate approach is also to be admired and is a key part of his legacy, something that seems like a distant memory in today’s polarised American society. Unlike his ideologically driven predecessor Ronald Reagan and his son George W Bush, George H W Bush was a pragmatic, steady-hand who steered America and the world through the end of the Cold War without a shot being fired, and a man who dedicated his life to the service of his country, and that is what he should be remembered for.

We must protect our Union at all costs – NI and...

The Academy revolution – The beating heart of education reform

Moderates have lost the Labour party for a generation