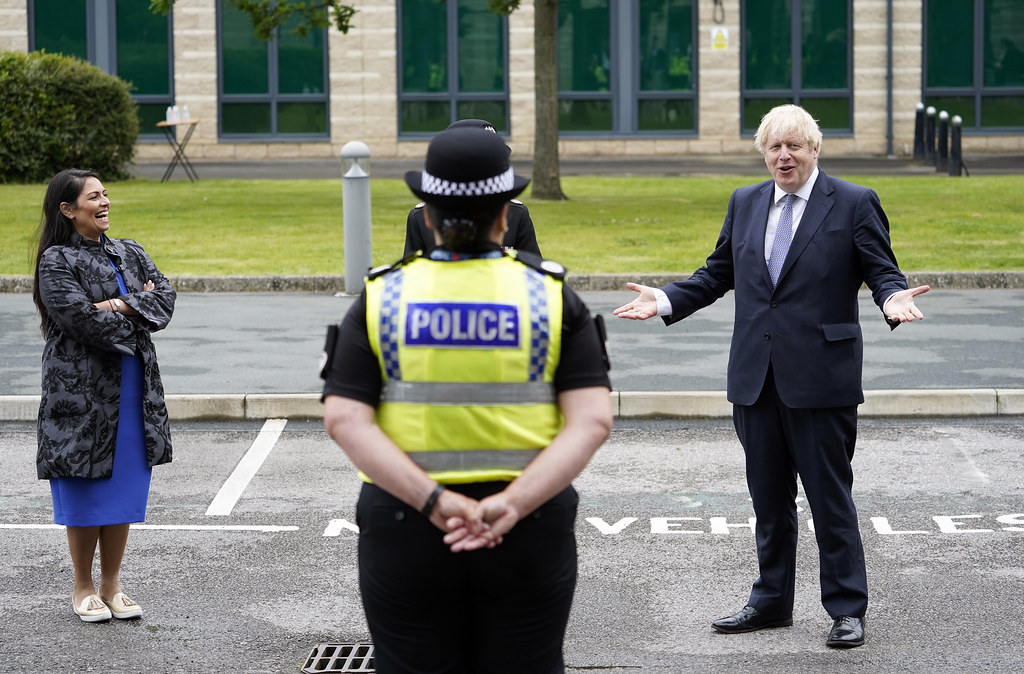 On Monday, she wrote a letter to police forces announcing the easing of restrictions on the use of the tactics under Section 60 of the Criminal Justice and Public Order Act 1994.

The legislation gives police the power to stop-and-search individuals without establishing reasonable grounds to do in advance, in an area where they anticipate serious violent crime.

Patel’s decision will undo the restrictions put in place by former Prime Minister Theresa May in 2014, when she herself was Home Secretary.

The permanent changes that Patel is introducing will extend the length of time the powers can be in force from 15 to 24 hours.

It will also mean the time a Section 60 order can be extended to will be increased from 39 hours to 48.

The Home Secretary said: “The devastating impact of knife crime on families who have lost their loved one is unbearable. No-one should have to endure the pain and suffering of the victims of these appalling crimes and we have a responsibility to them to do everything in our power to prevent future tragedies.

“Since 2019, the police have removed over 50,000 knives and offensive weapons from our streets and in the 2 years to March 2021, over 150,000 arrests were made following stop-and-search, preventing thousands of possible fatal injuries.

She added: “I stand wholeheartedly behind the police so that they can build on their work to drive down knife crime by making it easier for officers to use these powers to seize more weapons, arrest more suspects and save more lives.”

This follows the introduction of Serious Violence Reduction Orders under the Police, Crime, Sentencing and Courts Act passed last month, which give the police the power to stop-and-search people who have previously been convicted for knife or other offensive weapon crimes.

These measures are intended to help further drive down knife crime, after recent statistics indicated that there had been a 4% decrease in stabbings in the year to December 2021, the Government says.

This comes as police chiefs have reportedly accused the Home Secretary of a “power grab” by allowing herself to to intervene in local law enforcement matters and silence officials who want to speak out on issues deemed politically sensitive.

Police bosses also accuse Patel of attempting to give herself more power without the approval of Parliament.

However, a Home Office source denied these accusations, saying: “It is not a power grab, it is not a threat to operational independence, but making clear whose job and whose responsibility things are in the policing world.

They added: “Should it not be the Home Secretary’s role to ask questions?”