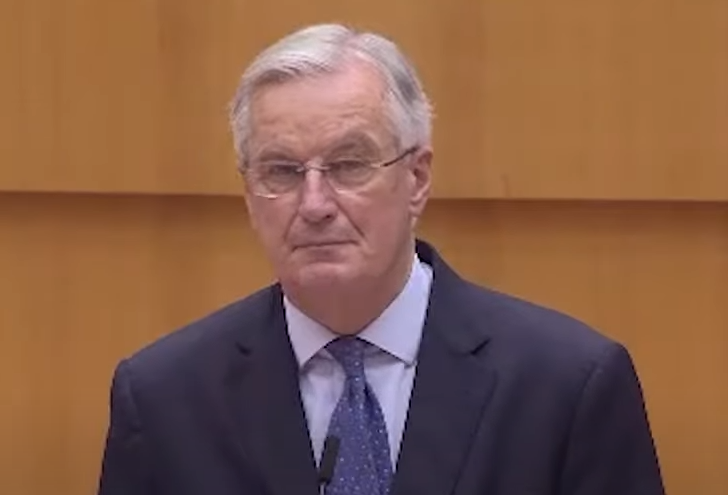 The EU’s Chief Negotiator in the ongoing Brexit talks has said there are “just a few hours left” if they are to produce a workable deal.

Michel Barnier made the remark during an address (in French) to the European Parliament today. He added that this weekend would be “the moment of truth” if both sides are to avoid a disorderly no-deal Brexit.

Echoing European Commission President Ursula von der Leyen’s words earlier this week, he described the path to a deal as “very narrow” at present. Prime Minister Boris Johnson had said last Thursday that there is now a “strong possibility” that no deal will be reached with the EU.

It is understood in Westminster that both sides worked out a potential agreement on governance and the arbitration of disputes last weekend, although sources remain tight-lipped on the details of this owing to the negotiations now being at the so-called “tunnel” stage.

This was one of the three remaining stumbling blocks, with the other two being what the EU calls the “level playing field” – intended to prevent either side from gaining a competitive advantage by lowering standards or cutting back on regulations – and access to British fishing waters for EU fishermen.

It is this latter point in particular that is now believed to be holding back a final deal, according to sources close to the talks.

Brussels is said to be demanding 8 years of unfettered access to British waters for its trawlermen as a transition period, with only 20% of Britain’s catch handed back during this period at first. They had rejected the UK’s offer of a 3-year period, with at least 50% of the British catch reserved for the UK throughout.

On the “level playing field”, state aid has been a major issue. Brussels wished to have the ability to unilaterally place tariffs on the UK if it made changes to its subsidy schemes that the EU considered unfavourable.

But it offered no mechanism for Britain to retaliate if the EU did the same, as long as the money was coming directly from a central EU institution and not from a national source.

Explaining this position from the EU’s perspective, Mr Barnier spoke of the need for “fair competition”, adding:

“If the sovereign United Kingdom would like to depart from those standards, that is their right, but it brings with it consequences when it comes to access to our markets without tariffs or quotas.”

The UK side has rejected this proposal as well.

He added: “No sensible government is going to agree to a treaty that doesn’t have those two basic things in it, as well as everything else.

“Our door is open, we will keep talking, but I have to say that things are looking difficult and there is a gap that needs to be bridged.

“The UK has done a lot to try and help, and we hope our EU friends will see sense and come to the table with something themselves.”

Any deal concluded between the two sides would have to be ratified by both the UK and EU Parliaments by the end of the year. While the House of Commons rose for its Christmas recess yesterday, the Cabinet Office has indicated that the Government may recall MPs on Monday and Tuesday next week for this purpose, if a deal is agreed over the weekend.

But some MEPs in the European Parliament have said they will not be “rushed” into ratifying a deal without sufficient scrutiny, the deadline for which they hold to be Sunday evening.

It appears that the new realistic deadline for the conclusion of talks, with either outcome, will now be this Sunday. However, the same sentiment was expressed last weekend as well, although talks continued regardless.