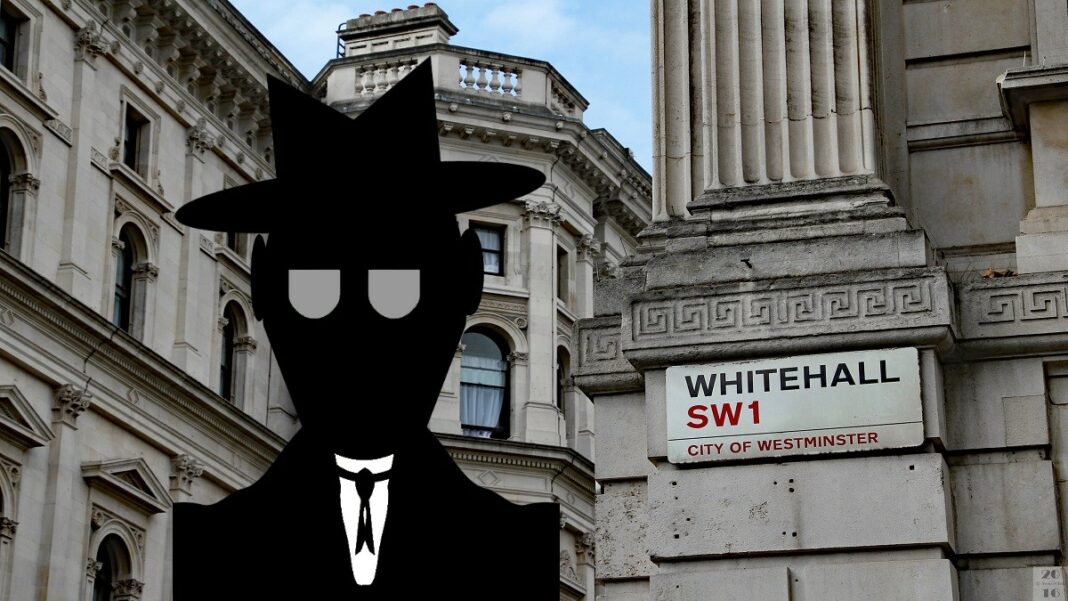 Claims have been made that there is a network of Labour spies within the Civil Service leaking information to the Labour Party.

The Mail on Sunday reported that senior Tories have claimed there is a network of moles sympathetic to Labour operating in Whitehall, in order to destabilise the Government by giving the Opposition information ahead of time.

It is thought that this same network may be behind the leaks of information concerning former Prime Minister David Cameron’s lobbying activities. This was a story that enabled Opposition leader Sir Keir Starmer to suggest a return to the “Tory sleaze” that was widely held to be prevalent in the final years of John Major’s Government in the 1990s.

Labour also broke the news that Health Secretary Matt Hancock had shares in a company involved with the NHS.

The alleged moles were also accused of trying to sabotage the Brexit negotiations by releasing details of the negotiations to Labour, in order to give Opposition a chance to prepare responses to the Government’s plans.

The cell is suspected to have been activated in the wake of former Chief Adviser to the Prime Minister Dominic Cummings’ declaration of a purge against large parts of the Civil Service, promising that “a hard rain” would begin to fall upon it.

During his time in post, Mr Cummings was always a forceful advocate for sweeping reforms to the Civil Service, branding it unfit for purpose in its modern state and seeking to break what he considered to be the hold of “the Establishment” over Whitehall.

Last night, a senior Tory source said, according to The Mail on Sunday, that: “It is very unusual for civil servants to leak material directly to the media, but it is less unusual for them to pass it to political parties.

“They can then disseminate it in order to cause maximum damage. Labour also seem to know a lot about what is being discussed inside No. 10 on issues such as vaccine passports before we have announced anything.

“But the lobbying row could end up consuming Civil Servants as well.”

Both subsequently left their posts, along with Permanent Secretaries Sir Philip Rutnam at the Home Office and Sir Simon McDonald at the Foreign Office.

Although Mr Cummings was himself forced out of Downing Street a year later in the wake of a further power struggle involve Carrie Symonds, the Prime Minister’s fiancée, the paper reports that “the well had been poisoned” by that stage, according to one source.

It is also alleged that the timing and details of the emergence of Mr Cameron’s lobbying activities involving Greensill Capital were not an accident, placing the blame on this alleged network of Civil Service moles to cause maximum damage to the incumbent Conservative Party.

There are presently seven separate enquiries running into the Greensill affair.

One of these, a Whitehall review being conducted by the Cabinet Secretary, was set up to investigate the identity of the person referred to as a “chatty rat”, who is said to have ‘bounced’ the Prime Minister into announcing last year’s November lockdown by leaking that a Cabinet meeting on the topic had been added by just four Ministers.

Mr Case’s investigation has not yet reported on its findings.