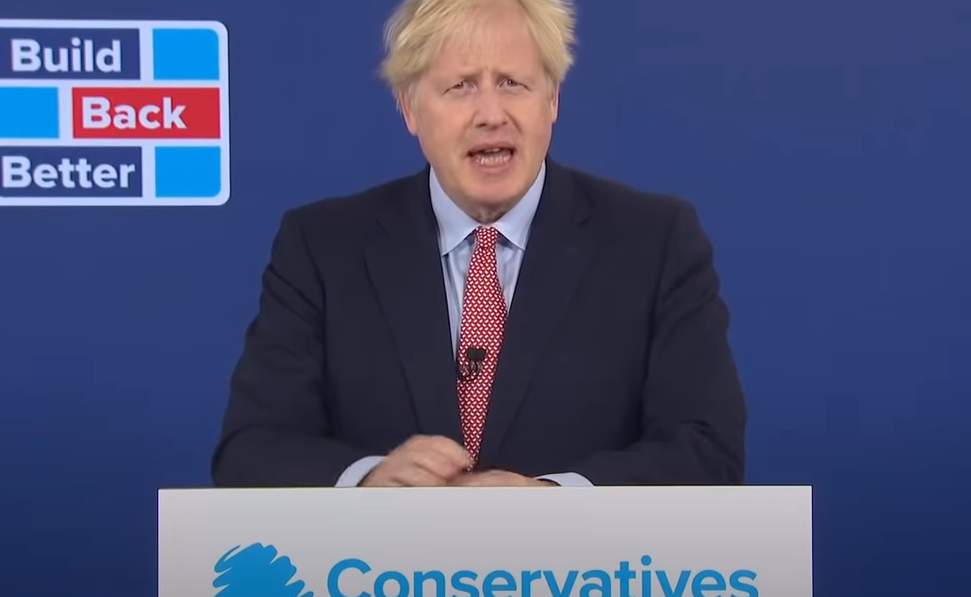 The Prime Minister gave his keynote speech at the Conservative Party Conference today. In a wide-ranging address, he set out his plan for a post-coronavirus world, pledging to “build back greener” and also touching on his personal fight with the virus.

Boris Johnson gave his speech in Birmingham, but as with the rest of the party conference, it was projected virtually.

He began his speech by attacking his critics:

“I have read a lot of nonsense recently, about how my own bout of Covid has somehow robbed me of my mojo. And of course this is self-evident drivel, the kind of seditious propaganda that you would expect from people who don’t want this Government to succeed, who wanted to stop us delivering Brexit and all our other manifesto pledges.”

He continued by flexing his pre-Covid economic record:

“We had a record number of people in jobs. We had record low unemployment. We were seeing growing exports; and the only reason as Rishi Sunak pointed out in the last few months that we have been able to cope with the cost of the pandemic – to look after jobs and livelihoods in the way that we have – is that in the previous years we had sensible conservative management of the public finances.”

He then said that, following Covid: “We are resolving not to go back to 2019, but to do better: to reform our system of government, to renew our infrastructure; to spread opportunity more widely and fairly and to create the conditions for a dynamic recovery that is led not by the state but by free enterprise.”

Further on in his speech, he renewed his support for the police forces: “We are fulfilling our Manifesto commitment to put another 20,000 officers out on the street – and I am proud that we have already recruited almost 5,000. But, fan though I am of the police, we need to see results, not just spending; and so we are also backing those police, and protecting the public.”

In perhaps the biggest announcement to come from the speech, the Prime Minister pledged to set about major environmental changes:

“The green industrial revolution that in the next ten years will create hundreds of thousands if not millions of jobs.

“I can today announce that the UK Government has decided to become the world leader in low-cost clean power generation – cheaper than coal, cheaper than gas; and we believe that, in ten years’ time, offshore wind will be powering every home in the country.”

He continued: “We will invest £160m in ports and factories across the country, to manufacture the next generation of turbines.

“And we will not only build fixed arrays in the sea; we will build windmills that float on the sea – enough to deliver one gigawatt of energy by 2030, 15 times floating windmills, 15 times as much as the rest of the world put together.”

Drawing a comparison with Saudi Arabia, he said: “As Saudi Arabia is to oil, the UK is to wind – a place of almost limitless resource, but in the case of wind without the carbon emissions, without the damage to the environment.”

Another notable moment in Johnson’s speech was when he stated: “We are proud of this country’s culture and history and traditions; they literally want to pull statues down, to re-write the history of our country, to edit our national CV to make it look more politically correct.

“We aren’t embarrassed to sing old songs about how Britannia rules the waves.”

He ended his address by setting out a vivid image of the future:

“I want to raise your eyes, and I want you to imagine that you are arriving in Britain in 2030, when I hope that much of the programme I have outlined will be delivered, and you arrive in your zero-carbon jet made in the UK, and you flash your Brexit blue passport or your digital ID, you get an EV digital taxi; and as you travel around, you see a country that has been and is being transformed for the better.”