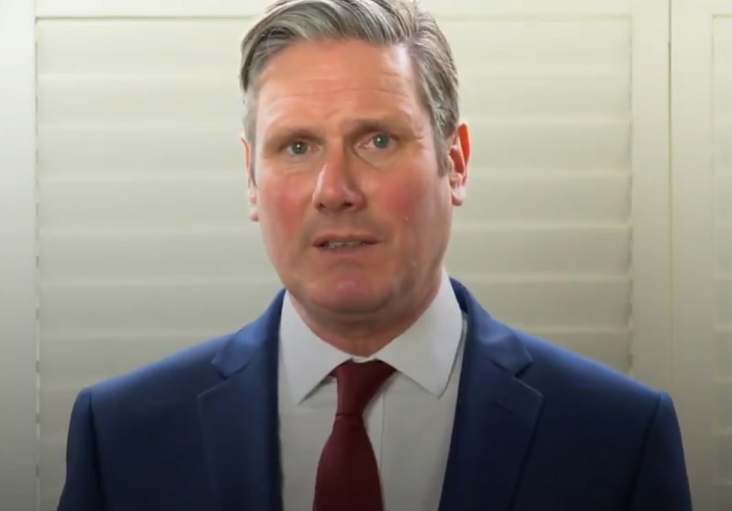 Sir Keir Starmer has been elected Leader of the Labour Party, following the close of voting at 12 noon on Thursday.

His victory speech was made public on social media and can be watched below:

It is understood that the present Shadow Chancellor, John McDonnell, has already stood down from his role, and it is not thought likely in Westminster that there will be a continued role for the present Shadow Home Secretary, Diane Abbott, in Sir Keir’s new Shadow Cabinet either. It is believed that he will begin announcing the composition of the new Shadow Cabinet from tomorrow.

In his victory speech, Sir Keir appeared to distance himself from the previous administration, saying: “Anti-Semitism has been a stain on our party. I have seen the grief that it’s brought to so many Jewish communities. On behalf of the Labour Party, I am sorry. And I will tear out this poison by its roots, and judge success by the return of Jewish members and those who felt that they could no longer support us.”

He pledged that Labour, under his new leadership, would not involve “opposition for opposition’s sake” in respect of its relationship with the present Government, particularly in the light of the Coronavirus crisis. He added: “But we will test the arguments that are put forward. We will shine a torch on critical issues and, where we see mistakes or faltering government or things not happening as quickly as they should, we’ll challenge that and call that out.”

Sir Keir also said that “we cannot go back to business as usual” once the current crisis is over. This would appear to echo calls made by his leadership rival, Rebecca Long-Bailey, on a recent conference call, to call for a different kind of society once the lockdown has ended. However, he promised there would be a new direction for the party, saying of his approach that: “Where that requires change, we will change. Where that requires us to rethink, we will rethink”.

Reports have reached Wolves of some Momentum members planning to cancel their direct debits and leave the party as a result of today’s Leadership and Deputy Leadership announcements. One source submitted this image from a Momentum group chat:

The reference to “Zionists” would appear to indicate that Sir Keir will indeed have, in his own words, “a mountain to climb” in order to rid his party of anti-Semitism.

The same source reported that other members were determined to carry on. Momentum’s preferred candidates were Rebecca Long-Bailey for the Leadership, with Richard Burgon for the Deputy Leadership.

We will bring you further details of Sir Keir’s new Shadow Cabinet as they are released.