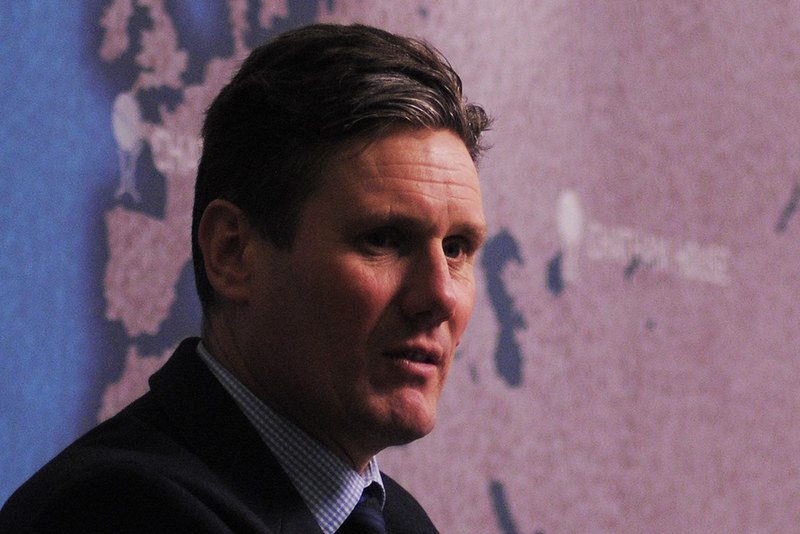 During a Zoom call with residents of Bury yesterday, which was covered initially by The Guardian, Sir Keir Starmer appeared to ignore a request from a former Labour voter to now distance the party from the stance of certain Labour MPs, who had previously described Leave voters as “racist”. This call was attended by Wolves, as well as several media journalists.

The person in question told Sir Keir that it had been concerns around “attitudes towards patriotism”, “views towards the monarchy” and “national pride” that had “kept [him] away from Labour in the last General Election”. He said he felt that “if you express any kind of national pride” or “waving of the Union Jack”, then “you’re automatically labelled as a racist”.

He added that he had voted Leave, setting out his reasons as: “It comes down to governance … I believe in national governance over federalist governance.” But, he recalled, Labour MP Clive Lewis had once said that “Brexit had racism at its heart”, and that fellow Labour MP Diane Abbott had previously said that “Brexit has allowed racists to come out and be racist in public”. He objected to “all of this … tarnishing good people with that racist brush, when it’s completely undeserved”.

His question, then, was: “What are you going to do to try to eradicate this kind of anti-patriotism that’s currently in the Labour Party?”

The caller then responded: “What would influence me more to coming back, then, is … you’d have to publicly condemn people. There are Labour MPs – I don’t want to name names, but I have already named Clive Lewis – who, they say things that, I mean, they just keep me away from the Labour Party. And if the Leader of the Labour Party came out and condemned those things and said, ‘actually, the Labour Party doesn’t agree with that … these are this Labour MP’s personal views – that doesn’t represent Labour views’, then people might start coming back.”

He added: “It just means that, if the Leader would come out and, you know, kind of put their support behind patriotic people and the working classes, it seems like…”

At this point, Sir Keir interrupted and made the remarks reported elsewhere: “It is important to acknowledge in this, and I think you’ve already done that, that the vast majority of people who voted Leave – nothing to do with racism at all, and I don’t think Brexit was really about that. I was concerned about the spike in hate crime that happened at the same time … and that we do need to take very seriously.”

He added: “Although it may be a very, very small element, and I don’t think the EU is really to do with that at all. But there are racist comments and incidents that are said and done, and there has been hate crime out there and we need to be very firm about tackling that. But I suspect you and I actually agree on that.” There was no further response to this question.

Sir Keir appeared to sidestep the fact that the caller’s concern was about certain Labour MPs branding the Brexit cause as being driven by “racism”, despite appearing himself to nonetheless agree with the caller that, in fact, this could only be said for “a very, very small element” of voters.

He therefore did not appear to acknowledge the issue, and appeared unwilling to respond to the call to publicly distance the Labour Party and its new leadership from the standpoint espoused by figures such as Lewis and Abbott in the past. Notably, no members of his new Shadow Cabinet voted Leave in the 2016 EU referendum.

Sir Keir will be hosting a series of Zoom calls with questions and views from local residents around the UK over the coming weeks, in lieu of the tours of the country that he had planned before the nationwide outbreak of coronavirus.

Next week, he will reportedly cover Scotland.