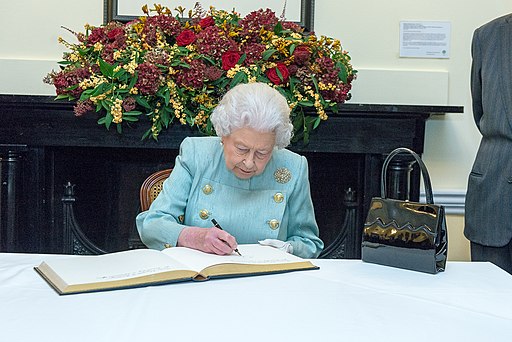 The Bill brought by Hilary Benn to make a no-deal exit from the European Union on October 31st illegal has passed through the House of Lords unamended this afternoon, meaning that it now only awaits Royal Assent from the Queen in order to become law. This development is expected on Monday.

The Government had originally planned to filibuster the Bill in the Lords by tabling 102 amendments, with the intention of running down the clock on debating time such that it could not be passed before Parliament is prorogued, which is also expected on Monday.

However, it is understood in Westminster that the Government Whips reached a deal with the Opposition Whips around 1:30am yesterday, whereby the Opposition agreed to acquiesce to an early election provided this Bill had already been allowed to become law. The Government is then said to have asked their Lords to stand down accordingly, and the amendment debates were completed shortly after 3:30pm today.

If this is true, the Opposition parties would appear to have reneged on this promise. The Labour Leader, Jeremy Corbyn, apparently held talks with the leaders of the Liberal Democrats, the SNP and Plaid Cymru this afternoon in which they agreed not to back the Government’s further motion to hold a General Election that is planned for Monday, or otherwise to abstain. This would appear to be contrary to the agreement that is said to have been reached in the early hours of this morning.

The Prime Minister himself is currently staying in Balmoral until tomorrow, and had an audience with the Queen this evening. Naturally, the details of their discussion are not public, although it is difficult to imagine that the momentous political events of this week would not come up. Indeed, it is anticipated in Westminster at this point that the only remaining route for the PM to avoid the Benn Bill becoming law would be to advise the Queen not to grant it Royal Assent.

While Lord Callanan, a Government Brexit Minister in the Lords, is said to have assured Peers that the legislation will indeed be presented to the Queen for Royal Assent, this wording might not necessarily be taken to mean that she would also be advised to consent to it. This would be an extreme manoeuvre, and unprecedented in recent times, although not ever. The Queen could also theoretically decide to use her ‘reserve powers’ or ‘Royal Prerogative’ to delay the Bill’s passage.

The Bill contains an amendment proposed by Stephen Kinnock, which was approved in the Commons on Wednesday after the Government put forward no tellers for the Noes, stating that the purpose of any extension should be to revisit the Withdrawal Agreement that has been thrice defeated in the House, but this time incorporating the outcome of Theresa May’s cross-party talks with Labour on amending the Political Declaration. It should be noted that, throughout those talks, the requirement for the WA itself to be passed, with or without the PD, was ever-present.

It is therefore possible that Theresa May’s deal – however accidentally or deliberately – may not, in fact, be as ‘dead’ as was previously thought. Either way, given that Opposition parties now appear to be refusing to back a General Election once the Bill has become law on Monday, it appears that no trust in any form remains between Her Majesty’s Government and Her Majesty’s Opposition.