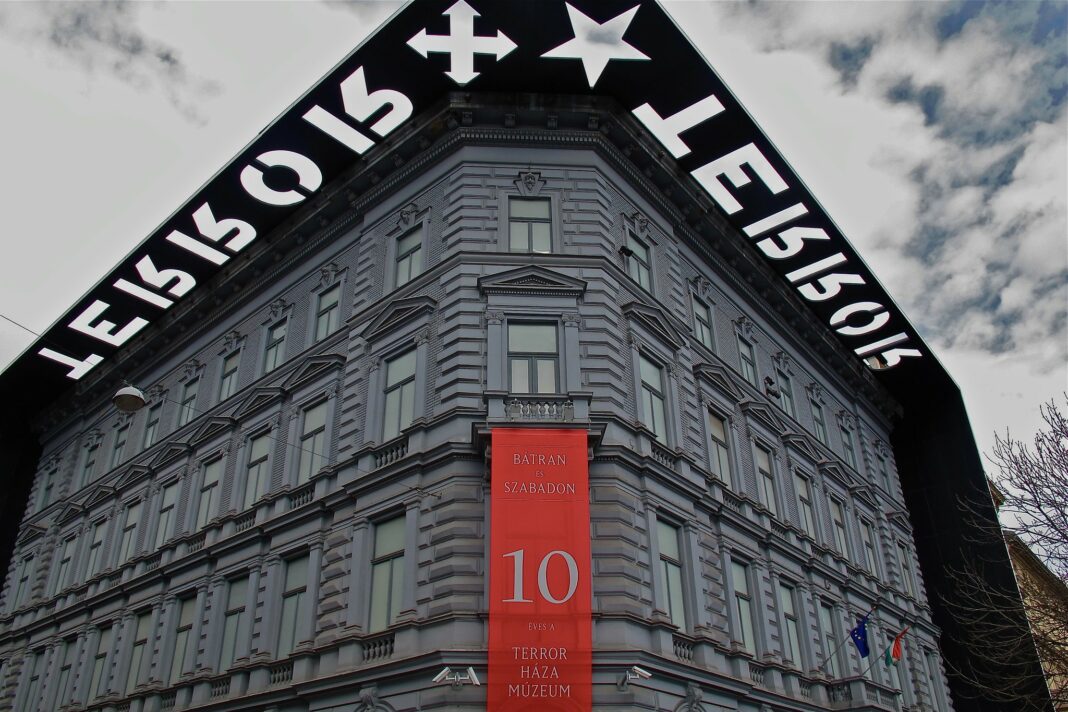 Within my very first days of moving from Hungary to the UK, I felt ambushed by Marxism.

While queueing to get into the fresher’s fair as a first-year student at UCL, I noticed the stall of the Marxist Society. The students behind the table were wearing old-fashioned newsboy hats with little hammers and sickles and Lenin badges.

Coming from a post-Communist country, this scene rather shocked me. It also reminded me of an old story we tell in Central Europe of a Czech professor who returned to Prague in the 1970s after two years in the Netherlands because – as he said – ‘there were way too many Communists over there. At least in Prague, I won’t have to meet any’. Ever since the freshers’ fair, the spectre of Communism keeps haunting me in my studies – which raises the question of how these ‘ghosts’ can be more ‘alive’ in British politics and higher education then in post-Communist Central Europe? And what can we do about that?

One of the possible explanations for the current popularity of Marxism is the very limited knowledge most of the UK has about Communism. When I was tutoring first year students at the School of Slavonic and East European Studies of UCL, the level of ignorance I encountered about Eastern Bloc history was unexpected and bewildering, considering they had chosen it as their area of specialisation. The majority of them claimed to have never heard of Brezhnev, nor Khrushchev, nor could they comprehensively explain what a ‘planned economy’ stands for.

If even these basics are generally not known, it is unsurprising that students often do not recognise that many ideologies popular among them are predicated upon Marxist thought, or the danger this poses. Over 30 years ago, the New York Times warned about the mainstreaming of Marxism in higher education. The situation has worsened since then. Ideas which are fundamentally Marxist in nature – like Post-modernism and Wokism – now play a prominent role in university syllabuses. Further, because of the lack of understanding of the impact of these ideologies in practice, they are supported passionately by many students.

Part of this ignorance is due to how little attention is dedicated by the British Government to preserving the memory of the Cold War era. During World War II and during the Cold War both Nazism and Communism were conceptualised as ‘evil’ but their treatment since then has differed, impacting on the ways they are understood. While there is a universal agreement in the UK that the remembrance of the Holocaust and World War II is necessary, little is done to preserve the memory of the suffering caused by Communism. As a result, the trauma of Communism does not play an integrated part in the collective memory of Western Europe and Britain.

Nazism became equated with political evil especially after the horrors it committed were exposed after the end of the war. This occurred through the consolidation of a collective memory through education and annual commemorations. However, a strong association between a political ‘evil’ and Marxism never became firmly established in the minds of the British public after the collapse of the USSR. This is because the two ideologies are treated differently in many spaces including education and politics.

Even if Communism is not condoned at a governmental level, there is less effort put into attacking it and mourning the crimes of Communist regimes than there is for attacking the Nazi regimes. Hence, in the absence of the stigmas which should exist, Communist symbols can be freely used in public places, and Marxist ideas can be taught at universities. As a result, the ideology can continue to prevail.

One way to reverse Marxist sentiments is to remind the British public of all the human suffering caused by Communism. This can be executed through initiatives modelled on those for Holocaust education. As politicians visit Holocaust memorial sites, they should also be encouraged to pay their respects at the sites of Communist terror. One such site is Katyn, where there were mass executions of nearly 22,000 Polish military officers and intelligentsia. As well as Holocaust survivors speaking on campus to remind British students of the malevolence of the radical right, the testimonies of former gulag inmates and Soviet political prisoners should be heard to remind British students of the terror of the radical left.

The British public takes pride in its involvement in the defeat of Nazism and is annually reminded of it by commemorations of the sacrifices Britain made to achieve this. So too, the British public should be reminded of its struggle against Communist extremism and commemorate its efforts to combat it, such as military decisions and espionage during the Cold War and defending West Berlin. 1989 should be seen as a year of freedom from oppression, just as 1945 is.

In the last 3 years, I have heard multiple Conservative MPs expressing concerns about Marxism and Wokism at universities. A viable antidote to such sentiments is repeatedly revealing the malevolence of the radical left. British politicians should take the first symbolic step by making pilgrimages to the sites of Communist terror. This should be followed by education programs and commemorations organised by the State.

To dismantle the romanticisation of Marxism and the views of the woke left, the British population needs to collectively be repeatedly shown the immense suffering caused by Communism. The State has the power to make this happen most effectively.

Lili Naómi Zemplényi is a Policy Fellow of The Pinsker Centre, a campus-based think tank which facilitates discussion on global affairs and free speech. The views in this article are the author’s own.