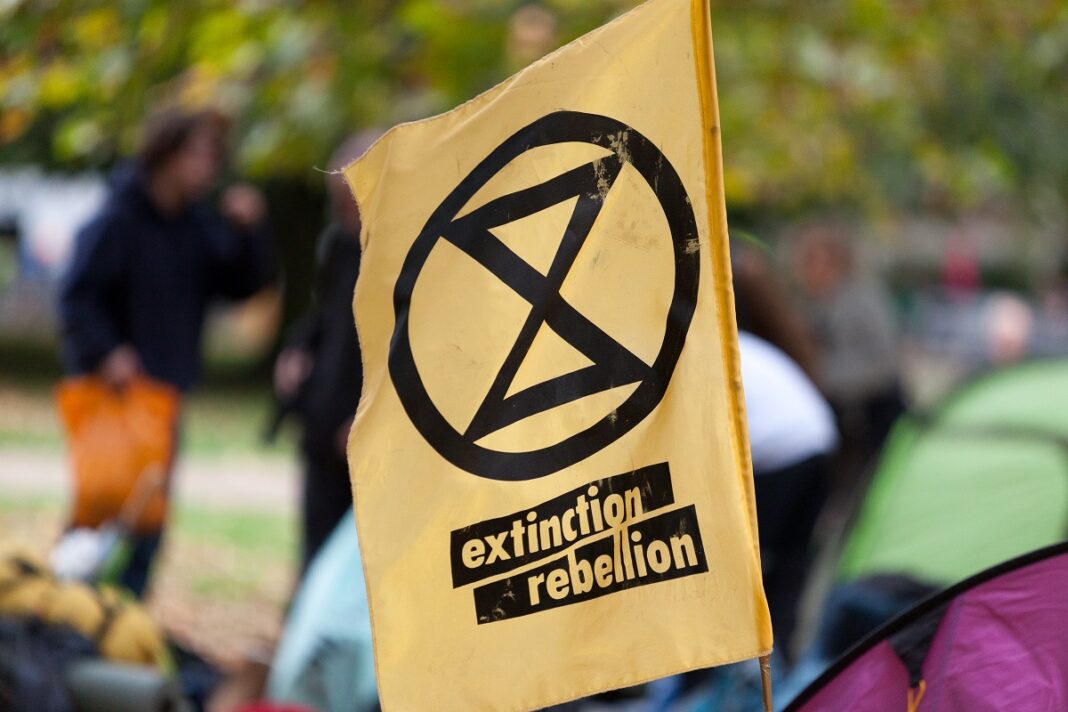 Extinction Rebellion have, yet again, swamped the streets of London. Congregating in key areas of London’s financial hub, the group have wreaked havoc with their publicity seeking-shenanigans.

Among the various stunts performed by the group was the construction of a large pink table, which the group calls its “centrepiece”, designed to express to the public their desire to talk about the impending doom of the climate crisis. Little do they realise that their nonsense is about as welcome as a glass of dirty dishwater!

The data shows that China emitted 27% of the world’s C02 in 2019. In comparison, the US emitted 11%. Furthermore, the levels of CO2 emissions produced by China were still increasing by 15% year-on-year by the first quarter of 2021.

So why is it that groups like Extinction Rebellion continue to gesticulate over the UK’s climate emissions, which amount to just 1.1% of global emissions (and falling), while China goes unscrutinised by the “eco protagonists”?

I believe that there are two answers to this question, both of which seemingly contradict one another.

The first thing that must be realised when discussing revolutionary groups like Extinction Rebellion is that they are fundamentally Marxist organisations. The precepts of Marxism can be found littered all over Extinction Rebellion’s ‘climate’ agenda. From the destruction of capitalism to calling for the formation of citizens’ assemblies, which has glaring similarities to institutions such as the National Congress of the Chinese Communist Party, the Marxist influences are ever-present. The very nature of calling our current situation a “crisis” or an “emergency” engenders the desire for radical change, a radical change which just so happens to align with Marxist ideals – coincidentally, of course… (!)

With this in mind, one way to understand the lack of admonishment by XR of the Chinese regime’s increasing CO2 output is because, like all Marxist derivatives, they despise Western culture. The West has been defined by freedom, individualism and capitalism. Marxism seeks the alternative: collectivism and socialism. The radical environmentalist movement is just another vessel for achieving a Marxist utopia.

This is a common thread found in all Marxist tributaries, including groups such as Black Lives Matter and the proponents of Critical Race Theory. The goal of these groups is to dismantle and undermine the core values of Western culture. They attack values such as personal responsibility and meritocracy in the name of undoing the ‘racist’ underpinnings of the Western world. Precisely like XR, BLM are a means to achieve the ultimate Marxist end goal. It is therefore conceivable that XR are more ambivalent to the misgivings of China, which is not a Western democracy, whereas they would never pass up on a chance to beat down Western society.

One only needs to look at a poster of their advertising an event this last weekend. Potential attendees are invited to “take action against climate breakdown by celebrating global art, music, food, dance and stories in the UK”… as though that had anything to do with climate change at all!

There is, however, a school of thought that is pervasive among the left-wing intelligentsia, which seems to contradict the previous explanation for XR’s lack of criticism. Many people within left-wing circles, though they may not admit it, view the West as superior to other cultures.

The left, despite despising the West, still believes it to be more advanced than the rest of the world. Therefore, rather than simply assuming a morally relative stance, the left actively seeks to change Western culture in order to fulfil its role as the world’s moral guide. The desire for change seemingly does not apply to the rest of the world, for whom the principle of moral relativism routinely applies. The rights of women across the Middle East, for example, are in short supply. Yet the left assumes a moral relativism when questioned about this abuse, dismissing it as a cultural difference, all the while attacking the West for “upholding the patriarchy” and creating a “heteronormative society”. Feminism, it seems, is a luxury of the West!

It is for this same reason that XR do not put pressure on China to cut carbon emissions. They believe that the UK should lead the way by virtue of its superior status. But at the same time, it is not incumbent upon us to put pressure on China, because those people should not be expected to change. In the same way views on women in the Middle East can remain in an everlasting stasis, caring for the environment is again exclusive to the West.

Herein lies the paradox. On the one hand, the West is to be despised for its perceived misgivings, while on the other, the West is a superior entity which has an obligation to set the world’s standards. Extinction Rebellion’s refusal to lobby China could feasibly stem from either or both worldviews. Nonetheless, China should not escape pressure for change, given their ever-growing hand in carbon emissions. A failure to exert it only exhibits intellectual disingenuity.