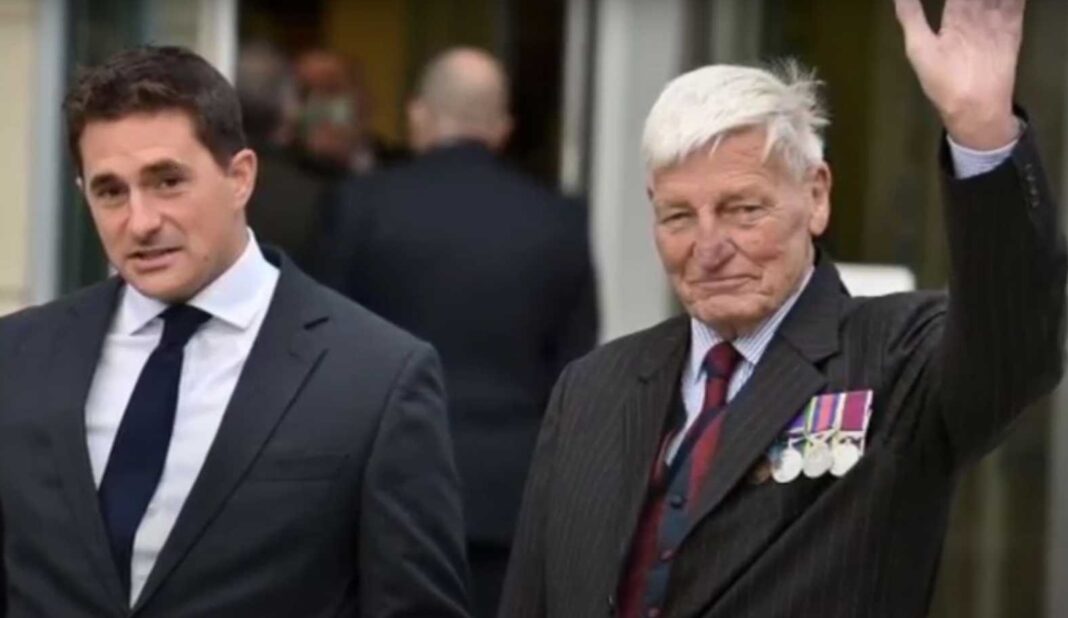 The ex-Life Guard and Northern Ireland veteran Dennis Hutchings, who was subject to vexatious murder claims throughout his career, has sadly passed away after his trial was postponed due to contracting Covid. The circumstances of his death are truly tragic.

Hutchings, like many other British soldiers who served in Northern Ireland fighting the barbaric aggression of Republican terrorism, had spent years trying to clear his name of attempted murder accusations. Up until his death, aged eighty, he had fought these claims and had the support of the courageous ex-officer and former Veterans Minister Johnny Mercer, as the latter also lends to other veterans.

It matters little whether he was guilty or not, in comparison to the tragic circumstances in which he passed. My thoughts on Hutchings’ case are echoed by the words of Iraq and Afghanistan veteran Geraint Jones. He said: “To me, what he did or didn’t do is irrelevant. There’s an amnesty for terrorists. That the same is not applied to our veterans says everything you need to know about what the Government thinks of [veterans]”.

Fearfully, I’m sure others would agree with his sentiments. Governments present, and those successive of the Troubles, have not defended veterans in the way that veterans have defended this country. Dennis Hutchings, even in his seventies, was still fighting claims of an act he may or may not have committed in the course of serving his country and defending its people, back in 1974.

It is fundamentally wrong that governments should expect to be able to send their soldiers into war, and then not protect them for doing the job they were employed to do on behalf of the state. Only this year was the Overseas Operations Act passed to protect the veterans of the wars in Iraq and Afghanistan. Yet, it is evident that the same protection that should be there for Northern Ireland veterans is not; and that is shameful.

Whilst British soldiers are being forced to fight legal claims for crimes they committed in a conflict that was a war by all meaning but the word, the ‘men’ on the other side of the conflict walk free, without remorse or responsibility for their past actions.

The Good Friday Agreement is arguably the biggest betrayal of British soldiers of all time; if not just a symbol, an admission, of defeat to the savagery of Irish Republican terrorism. How can it be right that the Good Friday Agreement allowed for the pardoning and release from imprisonment of all Provisional IRA terrorists, yet British soldiers are not subject to the same standards? That members of the organisation who tried to assassinate a former Prime Minister, slaughter British civilians, attack democracy and even kill the very people of the sectarian community they claim to defend? That these ‘people’ walk free, whilst former British soldiers are still subjected to relentless harassment and hounding, quite literally until the day they die, is shameful. Perhaps ‘betrayal’ is an understatement.

Every year, politicians gather at the Cenotaph to ‘remember’ and ‘commemorate’ the lives of the British men and women who have risked their lives, and in many cases paid the ultimate sacrifice, for their country, their leaders and their people, yet the actions of these politicians do not reflect the ‘respects’ they pay to the soldiers they send to war.

Johnny Mercer’s statement on the death of Dennis Hutchings puts the appalling and shameful circumstances in which he died perfectly. It partly reads: “He was determined to prove his innocence against the unrelenting efforts of those who wish to rewrite the history of the conflict in Northern Ireland against his generation of servicemen and women who bled and died to keep the peace”.

Through this year’s Remembrance, I will be thinking more about the other veterans like Hutchings, who have been left abandoned and vulnerable.