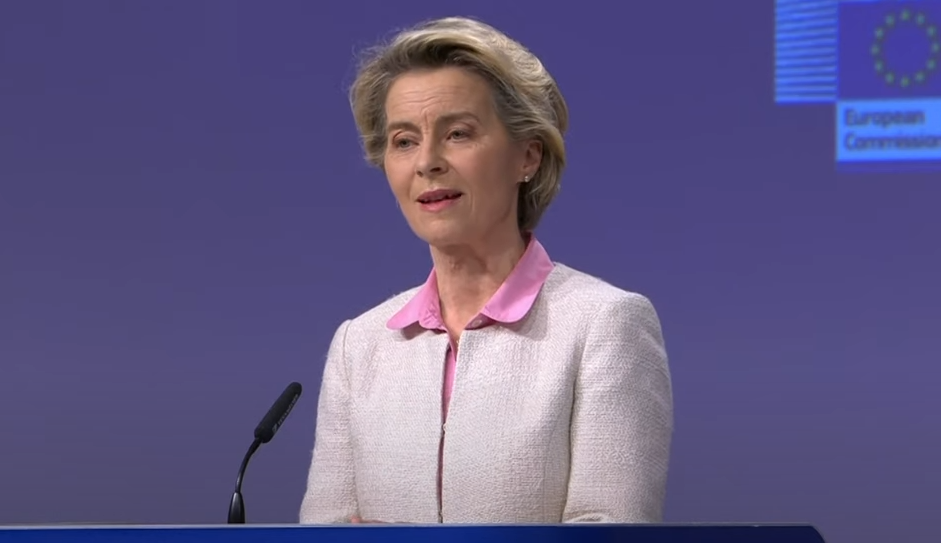 By Patrick Timms and Jonathan Eida

In a joint press conference around 3pm GMT this afternoon, it was announced by European Commission President Ursula von der Leyen that a deal had been reached for a post-Brexit future relationship between the UK and the EU.

The deal concludes a year of negotiations since the Conservative Party, led by Prime Minister Boris Johnson, won last year’s General Election decisively with a promise to “get Brexit done”.

Ms Von der Leyen said that the deal was “good, fair and balanced”, while the EU’s Chief Negotiator, Michel Barnier, said that the agreement today was a “relief”. He added that “the clock is no longer ticking”.

At a Downing Street press conference afterwards, the Prime Minister said that the deal means “we have taken back control of our laws and our destiny”.

An excerpt from her speech can be watched below:

The deal will be implemented at 11pm GMT on 31st December, following the end of the transition period. It is said to amount to around 2,000 pages in its present form.

EU fishing rights in UK waters, however, will diminish. The UK’s share of stock will increase by 25% over a 5.5-year period, after which the country will negotiate annually on fishing quotas as a normal coastal state.

The UK’s Chief Negotiator, Lord Frost, called the deal “the biggest and broadest trade deal in the world, in record time”.

At his press conference, Boris Johnson, sporting a fish-patterned tie, said: “We have completed the biggest deal yet, worth £668bn a year.

“A comprehensive Canada-style deal between the UK and the EU. A deal that will protect jobs across this country. That will enable UK goods to be sold without tariffs, without quotas in the EU market.

“A deal which will allow our companies to do even more business with our European friends.”

Johnson also added: “We will be your friend, your ally, your supporter, and indeed – let it never be forgotten – your number one market.”

When asked where the UK had compromised in the negotiations, Boris Johnson said: “We wanted complete control over our fisheries from the get-go.

”The EU began with wanting a transition period of 14 years. We wanted three years. We have ended up at five years. I think that was reasonable.

“I can assure the great fish fanatics in this country that we will be able to catch and eat prodigious quantities of fish.”

The UK will also be leaving the Erasmus university student exchange scheme. The Prime Minister said that it was a “tough decision”, but the programme had been too expensive.

However, he also announced that it would be replaced by a UK-designed “Turing Scheme” – named after the noted British mathematician and computer scientist Alan Turing – that would offer similar opportunities for study at universities all around the world, not just in Europe.

Ms Von der Leyen said during her press conference: “This was a long and winding road, but we have got a good deal to show for it.

“It is fair, it is a balanced deal, and it is the right and responsible thing to do for both sides”. She added that it is “time to turn the page and look to the future”.

Nigel Farage responded to the news of the deal by posting on Twitter: “The war is over.”

In a separate tweet, he added: “The deal is not perfect but it is a big moment. This victory is a tribute to the ordinary men and women who stood up against the Westminster establishment – and won. There is no going back.”

Opposition leader Sir Keir Starmer said that the agreement was “thin”, but went on to say: “At a moment of such national significance, it is not credible for Labour to be on the sidelines.

”That is why I can say today that, when this deal comes before Parliament, Labour will accept it and vote for it.

“But let me be absolutely clear – and say directly to the Government – up against No Deal, we accept this deal, but the consequence of it are yours and yours alone.

The Prime Minister has stated that the future relationship deal will be voted on by the UK Parliament on 30th December, giving MPs very limited time to scrutinise the text once it is published.

In anticipation of this afternoon’s announcement, following mass media speculation on the topic yesterday, the ERG group of hard-line Brexiteer Conservative MPs announced last night that it would reconvene its ‘Star Chamber’ team of legal experts to look through the deal in detail.

An internal Government analysis seen by the political website Guido Fawkes claims that the UK “won” in 43% of areas while negotiating the deal.  The EU was said to “win” 17%, with mutual compromises being reached in the remaining 40% of areas.

This document can be read in full below.


The Prime Minister has written to Conservative MPs to outline the newly-agreed future relationship deal with the EU. His letter can be read here:

14:55 The following images from a WhatsApp group chat have emerged from a Downing Street source:

15:04 Von der Leyen: “The European Union is well-prepared for Brexit, but we know this does not remove all the problems.”

15:15 Von der Leyen: “Strong measures that can be taken if one party does not play by the rules.”

15:29 Johnson: This deal “achieves something which the people of this country instinctively knew was possible, but they were told was impossible”.

15:32 Johnson: “The concepts of harmonisation and unity are banished.” UK Parliament will vote on 30 December.

15:35 Johnson: “We will be your friend, your ally, your supporter, and indeed, never let it be forgotten, your number one market.”

15:56 Johnson: “Absolutely confident this is a deal that protects our police and security co-operation.”

15:58 Johnson: Erasmus Scheme to be replaced by “Turing Scheme”, in a similar vein but applying to universities around the world. Also: “The Opposition should vote for this excellent deal.”