Home Analysis What Labour’s shift to Remain in another referendum means | News Editor... 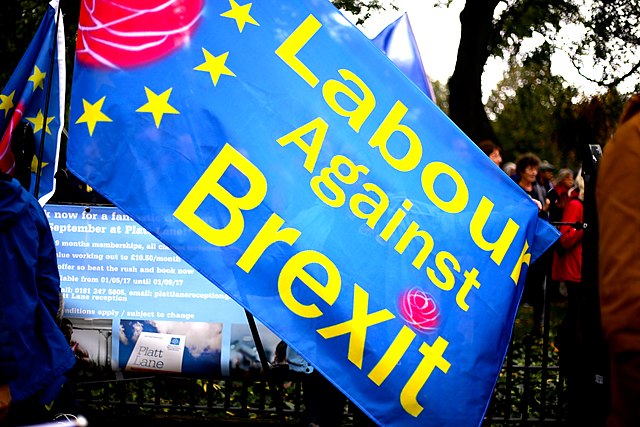 Corbyn has succumbed to pressure to back “Remain” in any further EU referendum – but is it enough?

Labour Leader Jeremy Corbyn this week came out for Remain if there was another referendum on Britain’s membership of the EU, seemingly because of pressure from grassroots Party Members. But this is a cloud of smoke on Labour’s Brexit policy – they still have fudge in the policy.

Labour haven’t got a clear policy and have, since the 2017 General Election, been up and down on what they want from the momentous decision the UK took to leave. Between the 2016 referendum result and the snap election, Labour said it respected the result to leave the EU – but this was thrown into chaos months later when their Party Conference took place in 2018. At this conference, Labour Party Members drafted through a policy that said Labour would seek a General Election and, if they couldn’t get that, have all options on the table including a public vote.

A public vote is the key phrase here – what does that mean? Labour doesn’t even know. What has come out from Corbyn this week is that if Labour got into power in the coming weeks, they would try to negotiate a new deal with the EU. If they couldn’t get a new deal, they’d put the existing deal which Theresa May negotiated to a referendum against remaining in the EU – which they would campaign for. Be in no doubt, this is a substantial shift from their own 2017 Manifesto position. However, the second scenario agreed upon by Labour’s affiliated trade unions was that, if Labour could get a new deal, they would put this to a referendum against Remain, but then push for their deal against the Remain option.

Labour Members and MPs who support another referendum and remaining in the EU will be overjoyed by this news – but the reality is that it’s the same thing, only packaged differently. Labour have not got any further down the road to clarity on Brexit – a position that has seen them drop to their lowest Westminster poll rating since before World War Two.

Fudge is lovely, but Labour’s recipe has developed a disgusting taste to it. No one quite knows whether the recipe was funny, whether it was cooked at the wrong temperature or whether it has been left out for too long.