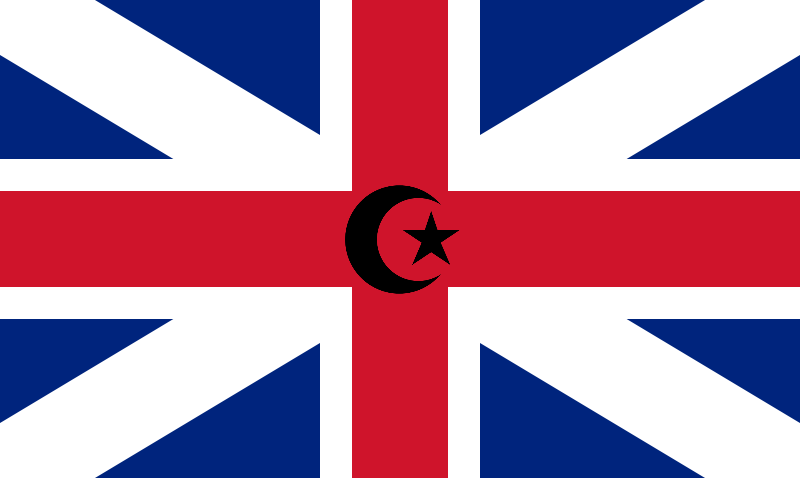 Dan Mikhaylov is a Community and Civility Policy Lead at Orthodox Conservatives, a British think tank dedicated to promoting social conservatism as a sensible choice for young people.

The defining feature of social conservatism is its unwavering commitment to societal harmony. On these grounds, its exponents champion tradition and localism, order and duty, compassion and self-discipline, while aspiring to make their ideology a sensible alternative for the public.

However noble our principles might be, they will nonetheless only amass popularity if we successfully showcase their relevance to pertinent societal issues and the diverse experiences of those residing in the United Kingdom. In particular, this presupposes addressing the envisaged position of, and reaching out to, the 3.5 million British Muslims.

Lamentably, social conservatives have customarily ignored this important demographic. To some, its propensity to vote Labour – with fewer than 10% of British Muslims backing the Tories in the 2017 General Election – presents a sufficient excuse not to engage this electorate. Meanwhile, cultural differences and recent attacks committed by Islamic fundamentalists have dissuaded others, even though this recalcitrance does not bode well.

At the most fundamental level, we must understand that Britain’s Muslim population is predicted to reach 13 million by 2050, which would give its followers an important role in determining the country’s future. At best, failure to get this group on board might make it more difficult for conservatives to win parliamentary seats and pass conservative legislation. At worst, this risks disenchanting them politically and helping to foster new generations of criminals and extremists in their communities.

Such behaviour need not become more commonplace: the proportion of Muslims within our prison population is four times their proportion in our overall population. This is a strong indicator that some elements of the Muslim diaspora are currently struggling to integrate and self-actualise in the absence of wider support.

The situation beckons appropriate action, but we need not overlook such illicit practices as illegal Sharia courts, when reaching out to British Muslims. Instead, we should acknowledge that there is an overlap between being British and being Muslim and point them to it. They already attend the same schools, visit the same historic sites, cheer for the same sporting teams, and heed the same authorities as the rest of the country – this certainly constitutes a path for meaningful dialogue and integration.

How can this exchange materialise? First, cultivating public appreciation for the contributions made by such Islamic scientists as the physician Ibn Sina and the biologist Ibn al-Nafis and illustrating how renowned European scholars, as diverse as Aquinas and Montesquieu, have respectively borrowed from the works of Al-Ghazali and Ibn Khaldun is important.

In addition to giving British Muslim children additional and somewhat more relatable role models, which would help them grow more confident in their ability to contribute to Western technological progress, this would better educate other demographics about the value of cross-cultural interactions and facilitate said interactions.

Second, conservatives should target individuals. Worshippers never constitute a monolithic collective, but interpret their faith differently, and we must account for this variation. We should emphasise simulacra in foundational Christian and Muslim beliefs. These overlap on the importance of charity and compassion: whereas Christianity prescribes worshippers to love their neighbours, Islam instruct its adherents to commit 2.5% of their wealth to help financially vulnerable co-religionists.

Likewise, much as the Quran promotes self-discipline by stating: “Allah will change the condition of a people until they change what is in themselves” (13:11), the Bible uses the Parable of the Sower to demonstrate the benefit of loyalty to God in times of hardship and suffering.

Thirdly, the Conservative Government, together with conservative pressure groups and organisations up and down the country, would benefit from soliciting partnership with authority figures from the Muslim communities. By cajoling the moderates into participating in our integrationist enterprise and helping us deracinate extremists and anti-social elements, Westminster, without doubt, would come closer to accomplishing the aforementioned objective.

This is precisely how Russia, a nation of comparable historical significance as Britain and similarly founded upon Christian values, has integrated its Muslim populations in Tatarstan and Chechnya. In the former instance, the Russian Empire recruited members of the local upper-class into the army, for them to develop a sense of common loyalty with other nationalities, and into the bureaucracy, so that they would assist with the imposition of the Russian language and customs in the region. This effort created what historians call a “Euro-Islamic society”, which helped Tatarstan to stand out internationally and successfully host the 2013 Universiade and the 2018 FIFA World Cup.

Although the latter story is mired in controversies regarding war crimes committed during the Russian Government’s counter-insurgency campaign and human rights violations, it serves as an educative example of how a modern state could nip an Islamist movement in the bud by winning over the more moderate factions. Through promises of investment and political amnesty, the Kremlin convinced the current and controversial Governor of Chechnya and now self-proclaimed custodian of the Russian world, Ramzan Kadyrov, to switch sides and help deliver unprecedented political stability in the area.

This victory came with financial and reputational costs, and might not necessarily be worth replicating in the UK, but it demonstrates clearly and well that turning the disenchanted Muslim community towards, rather than against Britain, is possible, even in the current hostile and extremist-ridden climate. After all, Chechnya has consistently recorded some of the lowest crime rates in Russia in the previous decade, while 76% of Russians view Islam favourably compared to 64% of Britons.

A conversation on the position of the British Muslim population in society needs to happen within conservative circles. For an inexcusably long time, conservatives have abstained from it and consequently connived in the proliferation of domestic radicalism and community ghettoisation.

In the absence of social conservatism, many Muslims found themselves stuck between the Scylla of endorsing Labour’s progressive policies that conflict with their moral compass and the Charybdis of Islamic fundamentalism, which prompts them to renounce patriotism and commit violence against the West. If social conservatives truly cherish social cohesion and order and want to make social conservatism popular, they must engage with this demographic.

Critics might perceive this as an impossible ordeal. Muslim communities are prone to supporting Labour. Proponents of Islam and Christianity agree, but also disagree on numerous issues. These things are true, unfortunately, and pose obstacles to the proposed integration of UK Muslims.

But this is not the whole truth – there are concrete methods of engagement, there are concrete examples of integration succeeding elsewhere in Europe, and as befits every social conservative, there is the need to increase and maintain Britain’s social harmony.