Home Opinion Even if Brexit is cancelled, the Union remains under threat – Chris... 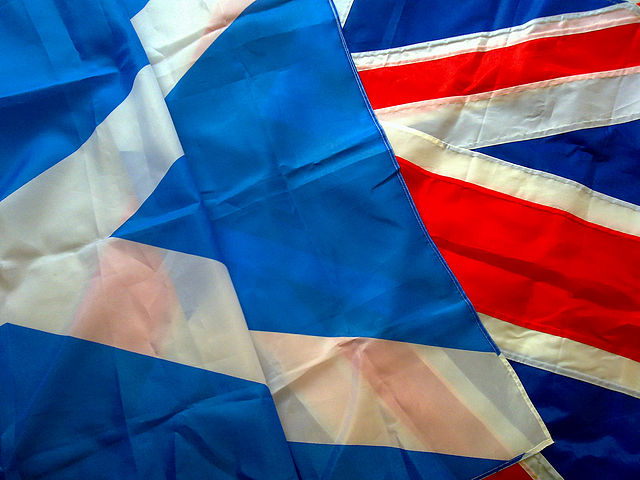 Even before the official result of the EU referendum was announced on June 24th 2016, murmurs regarding the potential disintegration of the United Kingdom were on record overnight. Sinn Féin saw Brexit as a gift in their struggle for a 32-county Irish state. Despite more than one million Scots voting to leave, Nicola Sturgeon fired the starting gun for a second independence referendum. The threat that Brexit poses to the Union is well-documented, but it would not be a garden of roses if the UK remains in the EU either.

A second referendum on EU membership would only arrive following Jeremy Corbyn entering Number 10. For this to materialise, a vote of no confidence in the Government would have to be successful. Any upcoming election could result in a hung Parliament, particularly if the Conservatives have yet to deliver Brexit by the third time of asking. The Brexit Party are currently polling between 12 and 16 per cent, enough to worry the Tories. A neoliberal panacea promised by the Tories will not resonate amongst those who voted for Brexit in the hope of a fairer economic settlement. With the Leave vote split between Johnson and Farage, Labour could become the largest party and the Scottish Nationalists could offer an olive branch: a second ballot on independence as a precondition for a Confidence and Supply arrangement.

Jeremy Corbyn is determined to become Prime Minister, by whatever means necessary. He is willing to abandon his long-standing Euroscepticism, campaign for a public vote and potentially lead to Britain remaining in the EU. A second referendum would symbolise a mock election contest against Boris Johnson. All bets are off if Corbyn becomes Prime Minister. He believes that Westminster ‘should not block’ a second referendum on Scottish independence. Fears about the breakup of the Union should escalate under a Corbyn premiership, particularly as the Labour leader is a supporter of Irish re-unification.

The motivation behind a second vote on EU membership is ultimately to reverse the result of the first, because some believe that the electorate was misinformed and unaware of the complexities that the unravelling of (then) forty-three-year entangled relations with the EU entailed. This is not to mention the difference in detail between the contents of the Withdrawal Agreement or even a no-deal exit, vis-à-vis the incredibly optimistic vision put forward by the Leave campaign. Sturgeon could easily put forward the argument: “Why should the Brits re-evaluate whether to continue with Brexit or not? Scotland deserves another chance at deciding her fate.” Westminster would not have a credible argument in return.

Remaining in the EU in the autumn or spring next year would be extraordinarily different compared to what June 24th 2016 would have looked like if the pendulum had swung the other way. Not only would it be seriously embarrassing for the Government, tasked with the imperative of rebuilding severely damaged relations with Brussels technocrats and the Member States, but it would introduce a “pick and choose” culture. Outcomes that were compatible with the views of the political class would be adhered to, and they would be disregarded if views between the electors and the elected differed. If parliamentarians were to pass legislation enabling another vote on the European question to be held, then it would be inconceivable for the Government of the day to block the Scottish people from re-deciding their own future too.

It is near-inevitable that an independent Scotland would seek membership of the European Union. A UK within the EU would eliminate the prospect of border infrastructure at Carlisle and Berwick. EU membership would not be an issue of debate in a campaign, unlike 2014, when Ed Miliband miserably failed when trying to threaten the Scots with guards across the border.

Although it is easier to campaign for change in a referendum, most referenda do tend to produce a status-quo outcome regardless. Therefore, the ‘Yes’ movement could centre their campaign on the premise that that a vote for independence provides a voice for the voiceless, highlighting the significant flaws with the Westminster system.

In 2015, Scotland returned one Conservative MP, yet David Cameron became the first Conservative Prime Minister in the twenty-first century to win an overall majority. The layout of the Commons invites an adversarial style of politics, whereas north of the border, the Scottish Parliament chamber is a semi-circle, encouraging consensus. Members do not refer to parliamentarians as the ‘Right Honourable’, as though they were a member of the aristocracy and detached from the lower classes of society.

It is folly to think that if Brexit were cancelled, Britain would wake from a three-year nightmare unscathed. The survival of the Union would remain teetering on a knife-edge. Remaining in the EU after three years of trying to exit opens up the precedent of being able to reconsider. Westminster politicians would need to answer the question: “What makes Britain, as a sovereign state, so special at the expense of nations within our Union?”

The challenge facing Rebecca Long-Bailey in the Labour leadership contest –...

Brexit will get done, but Boris must deliver for both Kensington...

Even if Brexit is cancelled, the Union remains under threat –...

Tory Leadership: Hunt on the back foot as public approves Boris...