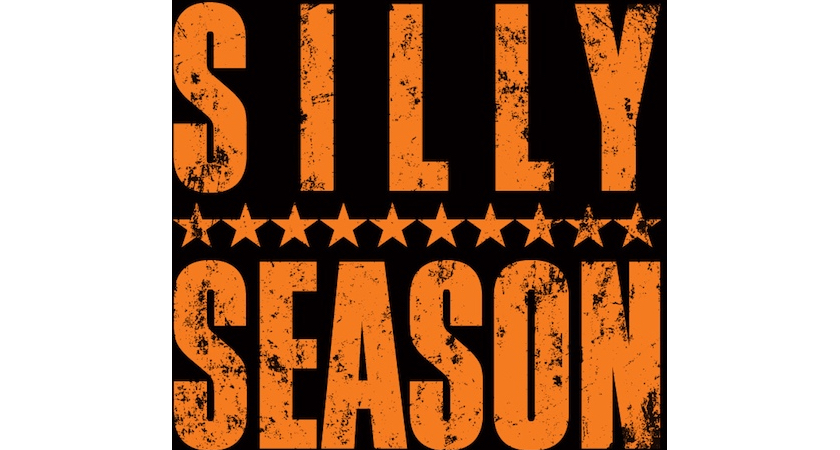 2019 has brought us our most tumultuous Silly Season yet, and we at Wolves are bringing you our round-up of this summer’s most ridiculous developments on the UK political scene. So, buckle up for the following highlights…

The former spin doctor for Tony Blair under New Labour has said he no longer wishes to be part of the Labour Party, following his expulsion for admitting that he voted Lib Dem in the European elections. The move by the National Executive Committee (NEC) was seen by some as a deliberate snub to all those associated with the Blairite, pre-Corbyn era of the Labour Party.

In an open letter to Jeremy Corbyn, which also featured in The Guardian and The New European, Mr Campbell said: “With some sadness but absolute certainty, I have reached the conclusion that I no longer wish to stay in the party, even if I should be successful in my appeal or legal challenge. The culture you have helped to create has made the party one that I feel no longer truly represents my values, or the hopes I have for Britain.”

View from the Pack: Both Labour’s unnecessary action and Campbell’s unnecessary reaction seem like typical Silly Season manoeuvres to attract attention. We’ve some sympathy with Alastair here, although we do detect some scintillating notes of “well fine, I didn’t want to be in your stupid club anyway!” HIGNFY would be having a field day with this one…

A countdown clock, costing £500, was installed in the Prime Minister’s private office. The clock was apparently paid for using Conservative Party coffers and was not funded by the taxpayer.

It is the second clock after Conservative Party Chairman, James Cleverly, was pictured posing alongside the digital timepiece in CCHQ. The clock ticks down the days remaining until the UK is scheduled to leave the European Union on October 31st.

View from the Pack: Does anybody remember the ‘Ed Stone’ back in 2015? To be honest, we view this gimmick in the same light. Admittedly, Ed Miliband pulled that particular stunt as part of a genuine election campaign, and not during Silly Season. He might have lost less face if he’d done it in the summer, though. With that said, we imagine its more modern incarnation will lead to a similar level of face-palms up and down the land…

They argued that the Johnson administration should consider strategies to ‘modernise’ the Union. November 11th is a public holiday in France, Belgium and the United States, and the coat of arms features on number plates in France, Germany and Switzerland.

Former Labour Prime Minister Gordon Brown suggested that Unionism was “sleepwalking into oblivion” as calls for a second Scottish independence referendum and an Irish reunification border poll intensified if the UK exited the EU without an agreement.

View from the Pack: This bears all the hallmarks of the Labour campaign during the 2017 General Election season. Gimmicks like this are exactly what we expect during Silly Season, and think tanks rarely fail to disappoint over the summer. Perhaps the Union will be strengthened by people from all four corners of the UK coming together to wipe the tears of laughter from each other’s eyes over this latest series of proposals…

The Edinburgh Fringe Festival is renowned for comedy and the Shadow Chancellor, John McDonnell, did not disappoint.

In an outlandish remark, he threatened to jail Conservative MPs over benefit cuts if Labour entered power, and when asked how by political commentator Iain Dale, McDonnell said he might want to “invent a law” to prosecute those responsible.

The Vice Chairman of the Conservative Party, Paul Scully MP, said it was “little surprise” that McDonnell wants to “silence opponents”. “This is a man with a sinister history, who has called for a female MP to be lynched, ‘direct action’ against opposing MPs and praised the bombs and bullets of the IRA,” he said.

View from the Pack: Sometimes things are so funny, they’re scary. Other times, things are so scary, they’re funny. We’re going with the latter on this occasion. We believe in a Britain in which the idea of a new government inventing laws to prosecute its opposition for having different social and economic policies belongs firmly in the land of fantasy and humour – those classic Silly Season hunting grounds!

In a letter to female parliamentarians across the political spectrum, Caroline Lucas, Green MP for Brighton Pavilion, suggested that an all-female “emergency Cabinet” of 10 members was needed in order to prevent a no-deal Brexit.

She said she believed that women brought a “different perspective to crises”, seemingly blaming MPs for their reluctance to compromise throughout the Brexit crisis – particularly male MPs, it seems.

Lucas’ idea was widely critiqued. The Shadow Foreign Secretary, Emily Thornberry, remained unconvinced on how the proposal would “solve our country’s divisions”. Anna Soubry opined that members of any government should be included on merit, “irrespective of gender”.

Labour MP Clive Lewis raised the issue that BAME candidates had not been included on the list that Lucas proposed. The Green Party MP subsequently apologised for omitting ethnically diverse candidates, saying it was “wrong to overlook them”.

View from the Pack: At first, we thought this might just be as good as Silly Season had ever got – read on to find out why it’s in second place, though! It’s not often that an idea is so half-baked as to be able to offend about as many people on your own side as it does on the other. With that said, we’re also wondering whose job it’s going to be to gently remind Caroline Lucas that she’s not actually the Leader of the Green Party any more…

Despite wanting to work together in trying to prevent a no-deal Brexit, the Labour Leader, Jeremy Corbyn, and the Liberal Democrat leader, Jo Swinson, were at loggerheads on who should lead an ‘emergency government’.

As Leader of the Opposition, Mr Corbyn believed he had the right to at least try to form a government if Boris Johnson were to be defeated in a confidence vote.

Ms Swinson believed that Mr Corbyn would be too divisive a figure and suggested alternative candidates such as the Father of the House, Ken Clarke, or the Mother of the House, Harriet Harman, to lead a short-term temporary government. This government’s sole purpose would be to seek an extension of Article 50 and then call a General Election.

Scottish First Minister Nicola Sturgeon urged the Liberal Democrat leader to reconsider her opposition to a Corbyn-led temporary government. Although the First Minister described herself as “not the greatest fan” of Mr Corbyn,  she would not rule out supporting a caretaker government if it existed to avoid the “looming catastrophe” of a no-deal exit.

View from the Pack: We find it very difficult to imagine how a group of people who are still squabbling over exactly how they themselves ought to be united could ever unite the nation. Another dead ringer for Silly Season!

In a joint statement on 29th August, opposition parties called for Boris Johnson to hold a vote on whether to prorogue Parliament, following the Prime Minister’s decision to do so at the normal time, albeit for slightly longer than usual.

The opposition, as well as some members of the Conservative Party, are suspicious that the Prime Minister is using the tool of prorogation in order to reduce the time available for parliamentarians to prevent a no-deal Brexit.

Prorogation refers to the suspension of Parliament before the start of a new parliamentary session. The current session has been running since the Queen’s Speech following the 2017 snap General Election.

It was then reported on 30th August that the same group of Members have pledged to sit in an ‘alternative Parliament’ if the Prime Minister is successful in his bid to end the current parliamentary session.

View from the Pack: This is a brilliant way to round off Silly Season – and gets first place from Wolves! A group of opposition MPs who can’t get their way legitimately will be flouncing off to sulk in a different room, which is likely to be largely an echo-chamber, where nothing that anybody says matters, nothing has any legal effect, and quite literally nothing of any consequence whatsoever can happen – purely to make themselves feel better about not getting to stamp their foot in the nation’s actual legislative chamber. We can’t think of a better example of peak Silly Season!

The challenge facing Rebecca Long-Bailey in the Labour leadership contest –...

Brexit will get done, but Boris must deliver for both Kensington...

Even if Brexit is cancelled, the Union remains under threat –...

Tory Leadership: Hunt on the back foot as public approves Boris...