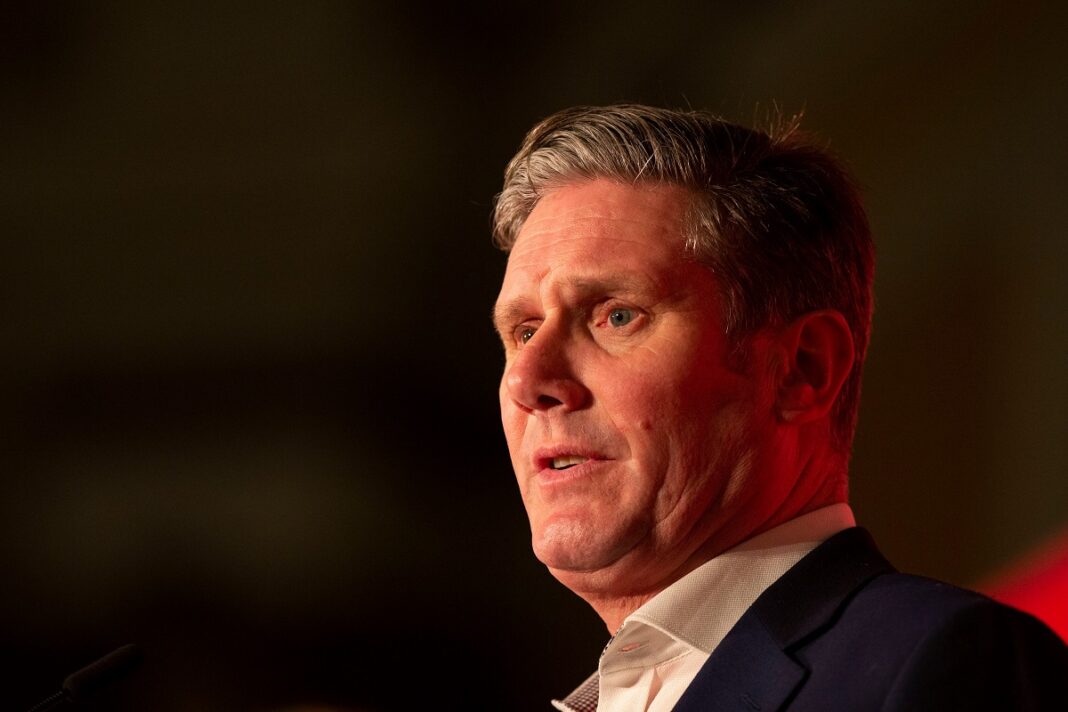 If Starmer wants his Macbeth moment, he must use his final opportunity to call for unity at this year’s party conference – or else it’s curtains for Keir’s leadership.

The last eighteen months have been turbulent and chaotic for the Labour Party, to say the least. Amidst in-fighting over Starmer’s predecessor, active attempts within the party ranks to see Starmer deposed and undermined, and his general failure to connect himself with the public, his time as Labour Leader has not been easy, in fairness.

But the time is ticking for his leadership. This year’s party conference is his final chance to attempt to unify Labour in order to refocus and take the fight to the Conservatives. In search of unity, Starmer has attempted to appease all sides – but has instead found himself with a growing number enemies because he has, in fact, displeased everybody in attempting to appease them. His ‘broad church’ strategy has achieved quite the opposite.

Flip-flopping – or even non-existent – party ideology, failure to oust Labour’s Corbynist elements and general blandness are all hugely significant problems for his leadership, and if not addressed, will ultimately lead to his downfall. Despite the contempt many people hold for the Conservative Party, Starmer’s lack of strong leadership has shown that the majority of the public would rather settle for whatever the Tory Government currently has to offer than anything Starmer’s Labour could.

Take the Westminster voting intention polls – in May, Sir Keir was humiliated by the ground lost to the Conservatives in local councils and in the Hartlepool by-election, after the Conservatives had been soaring ahead for some time. And even though the Conservatives’ lead has fluctuated over the course of the pandemic, they have essentially been unharmed by the Opposition.

Recently, Labour was able to gain ground on the Conservatives in the first week or so of September, managing to get ahead in the polls by about two or three points. However, this was not as a result of the public’s satisfaction with the Labour Party and its leadership, but because of unpopular Government policy. Therefore, people’s support began to lean towards the Opposition as a sort of protest against the Government. People were not demonstrating that they would vote for Labour, but against the Conservatives. Ultimately, this is embarrassing for the Labour Party – damning, even.

It is also true that the public simply don’t know what he ‘stands for’, and it is hard to believe that even he knows the answer to that question. It is true that there has been a lack of clarity over the ‘vision’ for Britain under his leadership, and it shouldn’t take Corbyn-loyalist Richard Burgon to tell Sky News this – or for him to tell Owen Jones that Corbyn must have the party whip restored – for Starmer to promise the country that his ‘vision’ is coming.

It is certainly made even more difficult when he will not align himself to a ‘side’ with regards to Labour’s internal ideological conflict over whether to pursue the traditional class struggle, or identity-based ideology, when it comes to taking on the Government. Humpty Dumpty needs to decide which side of the wall he sits on before he is forced off, cracks his head and gets deposed by a more popular colleague. It would not be surprising if the ambitious – though aggravating – likes of Angela Rayner or Lisa Nandy were to stick a shiv in his back if his leadership continues to be so unpopular.

What would serve Starmer and his internal enemies best would be to unite forces and agree on a balanced ideological approach in order to beat the Conservatives at the next General Election. It is foreseeable, however, that this will not happen, and in fact some left-wing factions are seeking to unite together against Starmer to continue to undermine his leadership, which will unwisely split the left-wing vote and leave Boris Johnson to consolidate his power and job security – yet again. Labour will never win power by splitting off in our First Past the Post system, and Starmer will never be Prime Minister so long as the ranks of the party and its ideological factions continue to fight each other rather than fight the Government. Perhaps the Leader of the Opposition should take a leaf out of the Prime Minister’s book and Take Back Control [of the Labour Party].

It is not foreseeable, though, that Starmer’s decision to proscribe a number of the hard-left groups will benefit him in the long-term. Sure, proscribing them has provided a short-term solution to eliminating the threat of his enemies attempting to undermine his leadership by simply purging the party of his aggressors, but it will only make their cause more passionate – potentially even stronger – and will ultimately split the left-wing vote that he will so desperately need in time.

Realistically, there is little he can actually do to solve this unrelenting problem, short of asking nicely to form a non-aggression pact that would see an amalgamation of political principle and power, on the basis of beating the Conservatives first and settling differences second. And even if he succeeds in this impossible mission, he still has his own identity crisis to address, by way of developing a personality – and a likeable one at that.

If Starmer cannot unify his party at this year’s Conference, he may as well not bother turning up for PMQs any longer, for his desire to be the next Prime Minister of the United Kingdom will be a hopeless cause. Perhaps it already is…