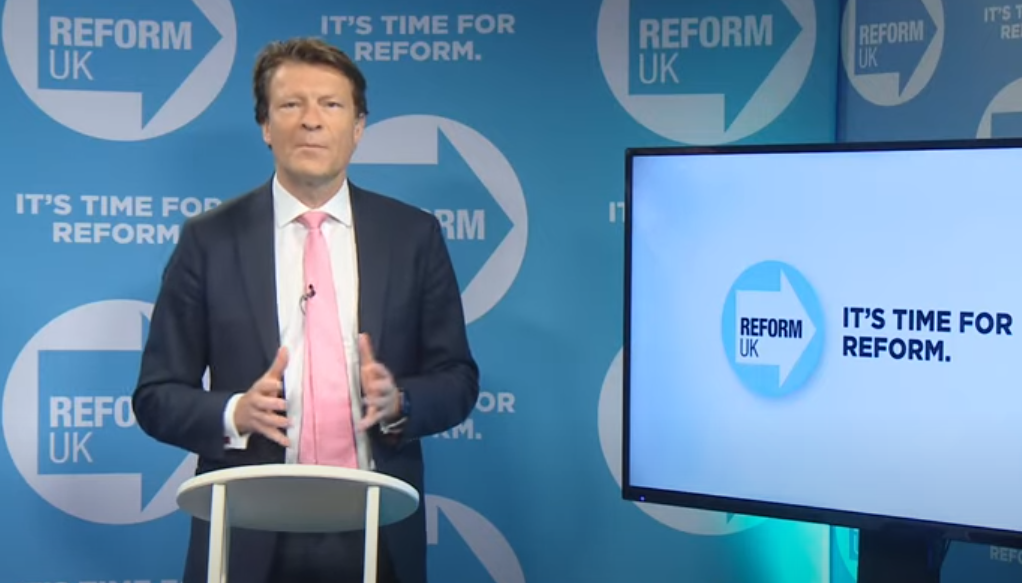 Reform UK has unveiled its policy platform for the upcoming local elections.

Richard Tice, now the Leader of the Reform UK party, announced the policies to an online audience yesterday, due to the ongoing coronavirus pandemic.

The platform has been described by the Reform UK as a “low-tax, high-growth economic vision”, as they set out their vision for the country to bounce back following the pandemic.

The conference where Richard Tice set out the Party’s vision was his first as Leader of Reform UK, following Nigel Farage’s announcement of his exit from front-line politics on Saturday. The conference was delivered only two days after Mr Farage’s resignation.

Mr Tice used his speech to attack the Conservative Party. He claimed that the benefits of Brexit included the ability to boost economic growth. However, he said:

“This Tory Government has completely abandoned this ambition in last week’s Budget. They favour another decade of Tory Austerity Mark Two. Their track record and their future plan, unbelievably, involves their largest tax take for some 70 years, the lowest growth for some 60 years and more regulation from the nanny state.

“I now call them not the Tory Party, not the Conservative Party, they are now the Con-Socialists.”

He also claimed that Reform UK was now the only low-tax, high-growth party in the UK.

In a statement on the Reform UK online economic plan, the Party states:

“The premise is simple: lower taxes, simpler taxes will create faster growth. That will mean higher wage growth and more tax revenues over time to invest in healthcare and other public services. International examples like Australia, Singapore and the US provide the evidence.

“Everyone wins with faster growth. A particular focus is on the lowest-paid, the self-employed, SMEs and entrepreneurs. These are the bedrock of our economy, who will determine its future success.”

The full plan can be read here:


Some of its key pledges include: reducing and simplifying the tax code, raising the personal income tax threshold to free more people up from paying income tax, and lowering Corporation Tax.

Abolishing VAT on domestic fuel and ending inheritance tax for all estates under £2 million are also on its agenda.

The local elections are due to take place in May.

Mr Tice’s speech can be watched in full here: